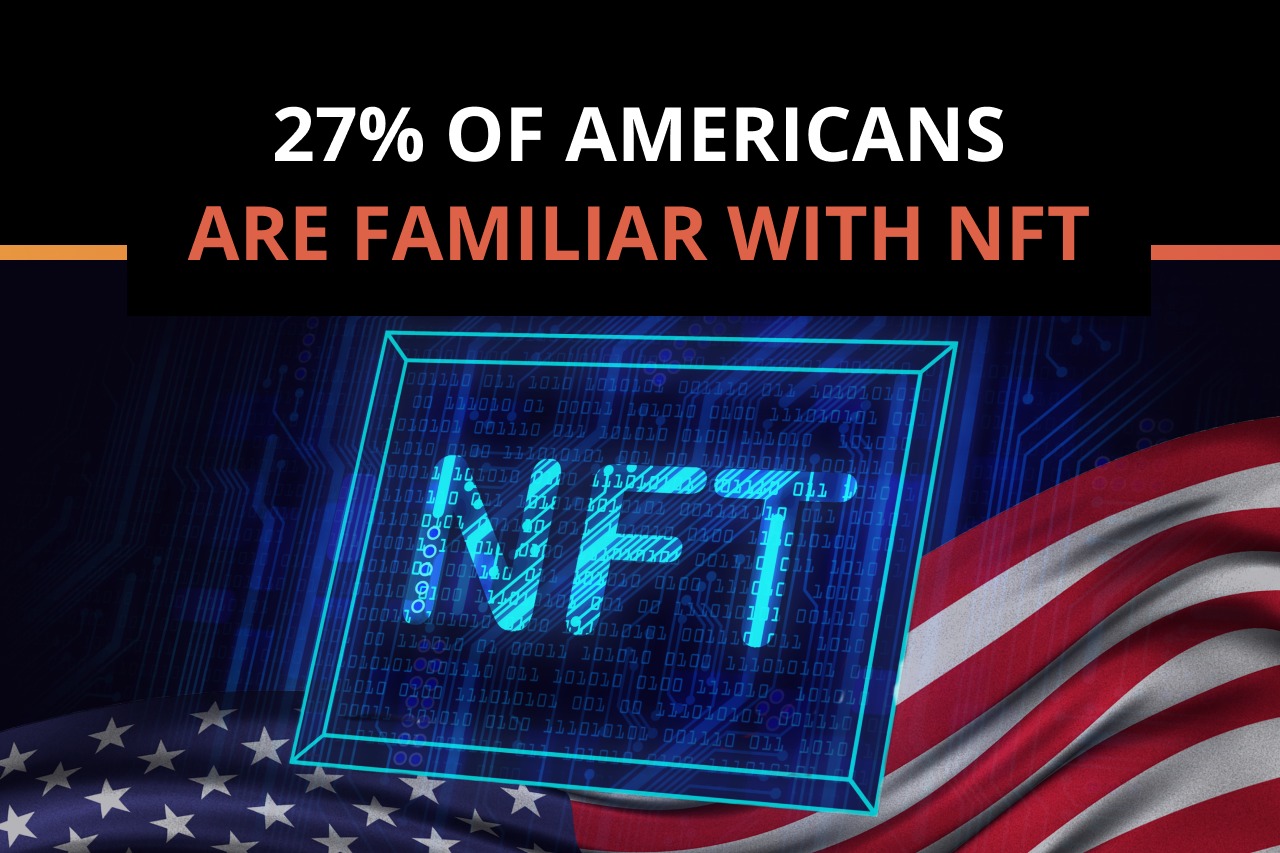 Just 27% of Americans are familiar with NFTs; a survey has shown recently. Despite the NFT boom are many Americans not prepared to spend big money on them. Do you know what an NTF is? If yes, would you spend money on them?

It follows from a survey conducted by Harris Poll and Bloomberg. It turned out that only 27% Of the Americans are “very or somewhat familiar” with the NFT. The survey of 1,948 people from across the US ascertained that NFTs have begun to extend into public awareness. Nevertheless, the majority of the quizzes aren’t prepared to spend big money on them. About 74% of the polled would spend $99 or less to buy an NFT representing their favorite artist or sports team.

Non-fungible tokens, or NFTs, are the latest cryptocurrency phenomenon to go mainstream. They act as a non-duplicable digital certificate of ownership for any assigned digital asset. Basically, it is a smart contract that is put together using open source code bits, which anyone can find from various platforms. They are unique and can be used to prove ownership of, and impose scarcity on, digital content such as artwork and video game items. The NFT showed a lot of popularity and sensation in the latest months.

Digital artist Beeple broke records with a $69 million sale at auction house Christie’s. It’s perhaps unsurprising, then, that the survey found that the wealthy were among those who showed a greater awareness of NFTs.

However, NFT art has divided opinion in the art world. At the same time, the survey found that 42% saw NFTs as a legitimate form of art collection. On the other hand, artist David Hockney has dismissed NFT art as being the preserve of “international crooks and swindlers.”

Celebrities and brands have leaped aboard the NFT hype train, while NFT sports trading cards like NBA Top Shot and Sorare have seen sales volumes surge during the current NFT boom.