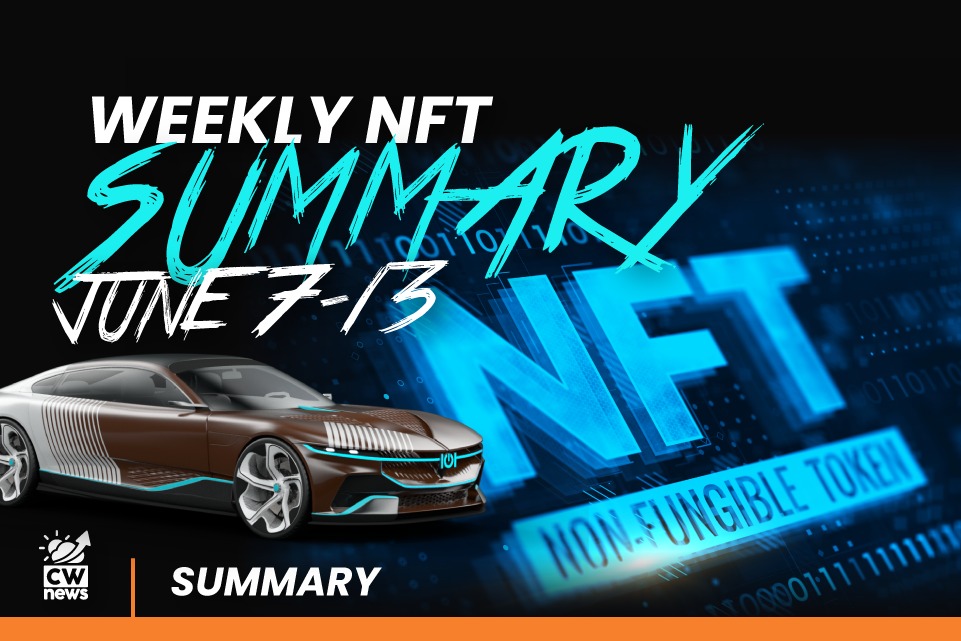 Another week has started and another big sale has taken place. There is still a lot happening in the NFT sphere. Read our summary weekly news and find out more about the Doge meme sold for $4 Million and the Binances Decentralized NFT Platform – Featured by Binance. Let’s hop in.

An NFT tied to an image of Doge, the Shiba Inu which became a face of one of crypto´s valuable coins, was sold on Friday for over $4 million.

The buyer was PleasrDAO

PleasrDAO is a DAO, or “decentralized autonomous organization”—a kind of blockchain-based corporate governance structure. Each member of the DAO holds a token that represents a fraction of the group’s treasury and an equal say in group decision-making (a little like voting shares in a traditional company). The marketplace was Zora, an online auction house that’s partially funded by Coinbase’s venture arm.

Santiago Santos, a PleasrDAO member said: “We purchase and collect pieces which we believe are timeless and priceless mementos of digital and crypto culture. Doge is perhaps one of the most important memes of internet culture.”

Early 2010s image macros like Doge have proved a popular (and lucrative) use case for NFTs. Tokens attached to “Nyan Cat,” “Overly Attached Girlfriend,” and “Disaster Girl” have all sold for hundreds of thousands of dollars.

The irony of spending $4 million on a meme isn’t lost on PleasrDAO, and their winning bid suggests they aren’t taking themselves too seriously. The final figure, 1,696.9 ETH, is an unsubtle sex joke; earlier bids also factored in “420” (the weed number!) and “1337” (gamer slang for “elite”).

The firm, led by Activision, EA, and Oculus veterans, brings in sizable new funding to build out its Blankos Block Party game.

The studio’s technology allows other developers to implement blockchain-driven, player-owned economies within their games.

Mythical Games is a crypto gaming startup. It is focused on collectible NFT items that was started by former Activision, Oculus, and EA executives. They announced recently that it has raised a $75 million Series B financing round to continue developing its NFT-driven platform.

Growth of WestCap led the round, which included participation by investor and influencer Gary Vaynerchuk’s VaynerFund and 01 Advisors, as well as previous Mythical investors such as Galaxy Digital, Alumni Ventures, Javelin Venture Partners, and Stuck Capital.

This new funding round brings Mythical’s total investment to $120 million until now.

Vaynerchuk has been involved in a few different NFT projects so far. Vaynerchuk also launched his own line of hand-drawn “VeeFriends” NFT collectibles as you can read in one of our articles.

Mythical Games is building a platform for other game developers to add crypto and NFT elements to their titles. What enables player-owned economies in which users own and can resell exclusive digital items. The Mythical Marketplace and Mythical Economic Engine allow other studios to implement those elements within their own games.

Mythical co-founder and SVP of Business Developer Rudy Koch claimed in 2019 :”We believe that player-owned economies belong in any game. We want to provide a suite of platform services that abstracts the complexities of blockchain and allows developers to design game economies that empower players and content creators to get involved.”

In blockchain-backed video games, NFTs represent rare, collectible items that you can actually use. Similar to playing cards, breedable creatures, spaceships, weapons, or plots of land to build upon. In Blankos Block Party specifically, the NFTs sold through the marketplace include uniquely-designed Blankos characters and an array of accessories and customizations, including apparel, hair, jewelry, and more.

According to a press release, Blankos Block Party users hold more than 100,000 in-game NFTs. But the company has not released data regarding trading volume, number of active users, or secondary market sales.

Binance is announcing an imminent launch of a new platform called Featured by Binance. The vision of Binance is to provide a non-custodial, on-chain platform to facilitate the full lifecycle of NFTs for creators, brands and their fans.

The platform will focus on helping the Binance´s brand partners to launch:

The NFT hype peaked in early May 2021. It has since settled back down to less frothy levels. Even then, NFT transaction volumes are an order of magnitude higher than before, back when hardly anybody knew what NFTs were.

Teck Chia, CEO of Featured by Binance, notes that he would, “take 10x growth in three months any day.”

The pandemic has accelerated the shift to digital in many aspects of our lives.

Brands have to find new ways to meaningfully engage their users in the digital realm. Some verticals that are more digitally-native, like gaming and streaming entertainment, are more well-positioned than others, like sports, consumer goods, fine arts and live entertainment, that have traditionally operated in the physical realm.

Regardless, a consistent and well-proven element underlying all digital experiences is the use of digital goods.

Binance believes that the next evolution of digital goods would be on the blockchain and NFTs are the first step towards this transformation.

Digital Goods on the Blockchain

At this point, It’s helpful to rehash the unique properties of the blockchain that make it a better platform for digital goods.

Blockchains enable peer-to-peer transactions via smart contracts without any trusted intermediaries. By minting NFTs on the blockchain, creators are establishing a direct relationship with their fans. And they do it free of any platform risks.

Blockchains are public infrastructure- They are universally accessible. Everyone, regardless of where you’re located or who you are, interacts with NFT contracts in the same way.

Once NFTs are minted on the blockchain, they cannot be altered. This confers a strong sense of ownership and permanence, which is especially important in the gaming and the collectibles space.

NFTs are based on open standards (ERC/BEP-721, ERC/BEP-1155 etc.). Standards give rise to network effects, interoperability and composability, the same reasons why DeFi (and the internet for that matter) is such a disruptive force. Binance believes that this will unlock a lot of exciting innovation in digital goods.