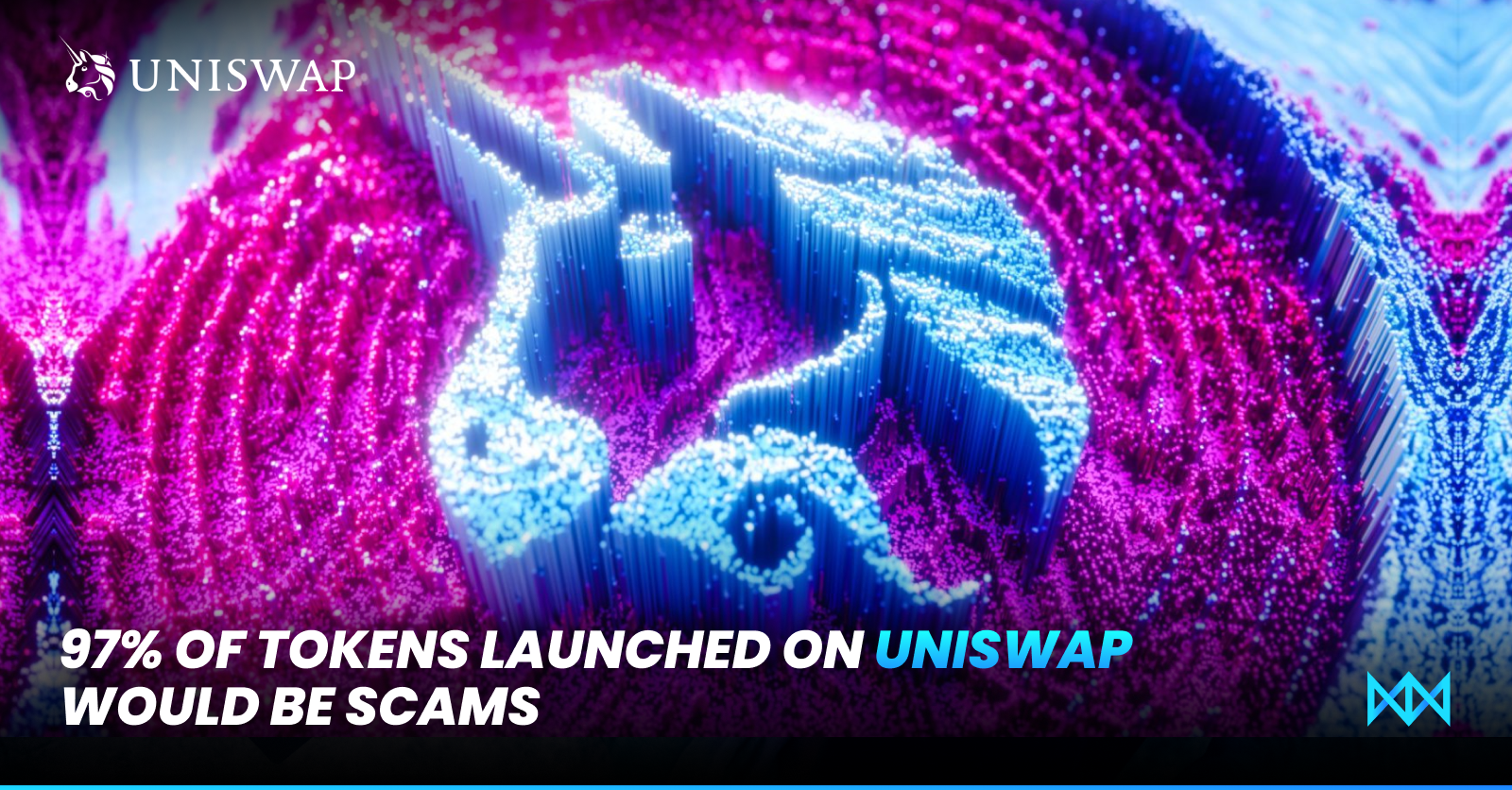 Uniswap DEX was launched in 2018 and since then it became a popular crypto-swapping platform. Usually, DEX is preferred on a CEX because people like to stay anonymous. The only thing you’d need to interact with the DEX is your web3 wallet.

Uniswap has an average daily volume of over $1 billion. The cryptocurrency exchange has over $1.2 trillion in Trade Volume, over 117 million all-time trades, and more than 300 Integrations. This itself speaks for the bright future of cryptocurrency in the coming years.

The researchers found out that “not surprisingly”, more than “we found that more than

The report says that the researchers labeled 26957 tokens as scams/rug pulls and 631 tokens as non-malicious, in their report.

The expression “pulling the rug out from underneath” is where the word “rug pull” originates. Many of these unlawful scams are alluring and seem legitimate until the project’s creators decide to abruptly withdraw investment monies. Because anybody may publish their token on a DEX, there is no filter or control.

Furthermore, there is a lot of liquidity available on the major DEXs, thus it is frequently not that difficult to collect money by selling tokens established only to generate money.

However, the fact that anybody may post any purposely produced token for sale on a DEX in order to collect money from the uneducated does not suggest that all tokens on DEXs are frauds.

What matters are trade volumes, not the amount or percentage of fraudulent tokens?

In all, the researchers discovered as many as 27,000 tokens categorized as rug pulls on Uniswap, the largest DEX on Ethereum, which indicates genuine frauds with various techniques to gather money and then flee with it.

Surprisingly, a credible platform like CoinGecko has already included a feature that talks about the threat level of the various tokens. However, it was unable to identify that many tokens being the rug.

It’s extremely easy for anyone to create a token without knowing much about codes and other technical stuff. Also, the liberty to list tokens without any checks invites the scam coins to be listed on one of the most crowded exchanges. It will be the best practice to verify the token with their contract address before you interact with them on a DEX like this.