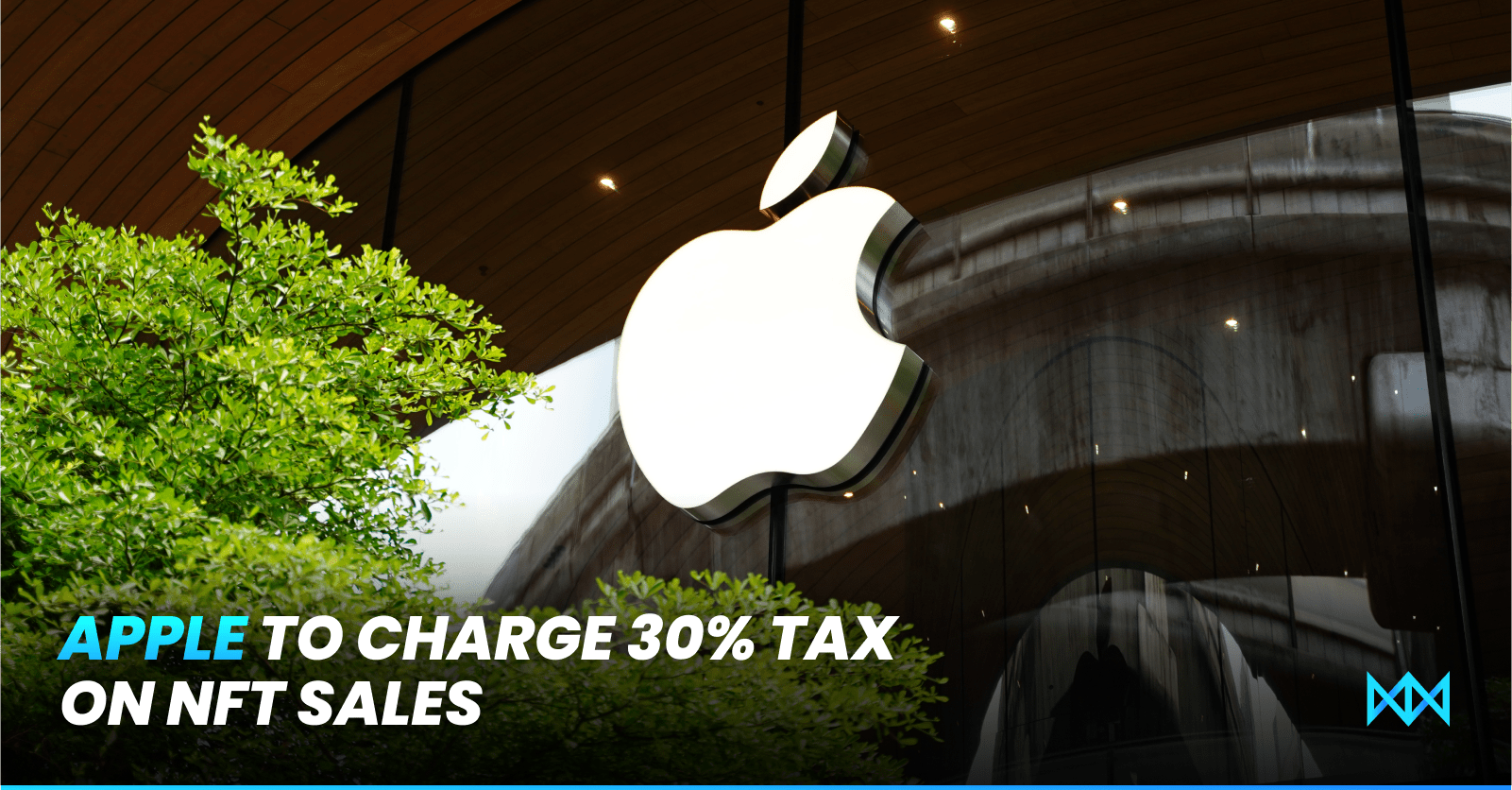 In the previous year, 2021, the Non-Fungible token (NFT) space has seen exceptional growth. With a lot going on in the crypto market, NFT sales have declined. However, despite this decline, this year has seen the adoption of NFTs from several prominent names in the tech space. The recent updates from the sector show that Apple has joined the NFT Bandwagon.

The news coming from the Tech Giant, Apple, will now allow purchasing of NFTs through its Apple Store. It is something great to see big companies stepping into web 3.0 until you notice the tax they have imposed on NFT Sales. Apple has imposed a 30% Tax on NFT Sales from its platform.
Having taxes on NFT Sales is common, almost every platform has its fee on NFT sales. However, all of them are mostly 2-2.5%. Big platforms like OpenSea, Rarible, etc all have 2-2.5% tax on NFT sales. But imposing a 30% tax is hard to digest for everyone.

What Was the Reaction to the 30% Tax?

This move has shocked many people around the world. Many startups have limited their functionality in apps just to save themselves from this gruesome tax of 30%.
As the reporter from The Information tweeted:

Ryan’s report noted, for example, the Solana blockchain’s leading NFT marketplace Magic Eden has now pulled its service from the App Store. And here’s what the CEO of Epic Games (of Fortnite fame) Tim Sweeney had to say about it:

“Now Apple is killing all NFT app businesses it can’t tax, crushing another nascent technology that could rival its grotesquely overpriced in-app payment service. Apple must be stopped.”
Tim Sweeney criticized this move by apple and said that they must be stopped. Many tech bloggers and CEOs have criticized this move by Tech Giant Apple. with tech blogger Florian Mueller describing the ‘app tax’ as “abusive but consistent. With all this, the bright side here is most certainly that more eyes on NFTs, more eyes on crypto. As some are criticizing this move, some people are praising this and they are saying it is positive news.
For example, Gabriel Leydon who is the CEO of web3 game developer Limit Break tweeted: “could put an ETH wallet in every single mobile game onboarding 1B+ players!”

The news of the 30% tax on NFT sales is getting a mixed response from the market. Nevertheless, we can see that this move will empower the NFT ecosystem and increase its reach to the masses.