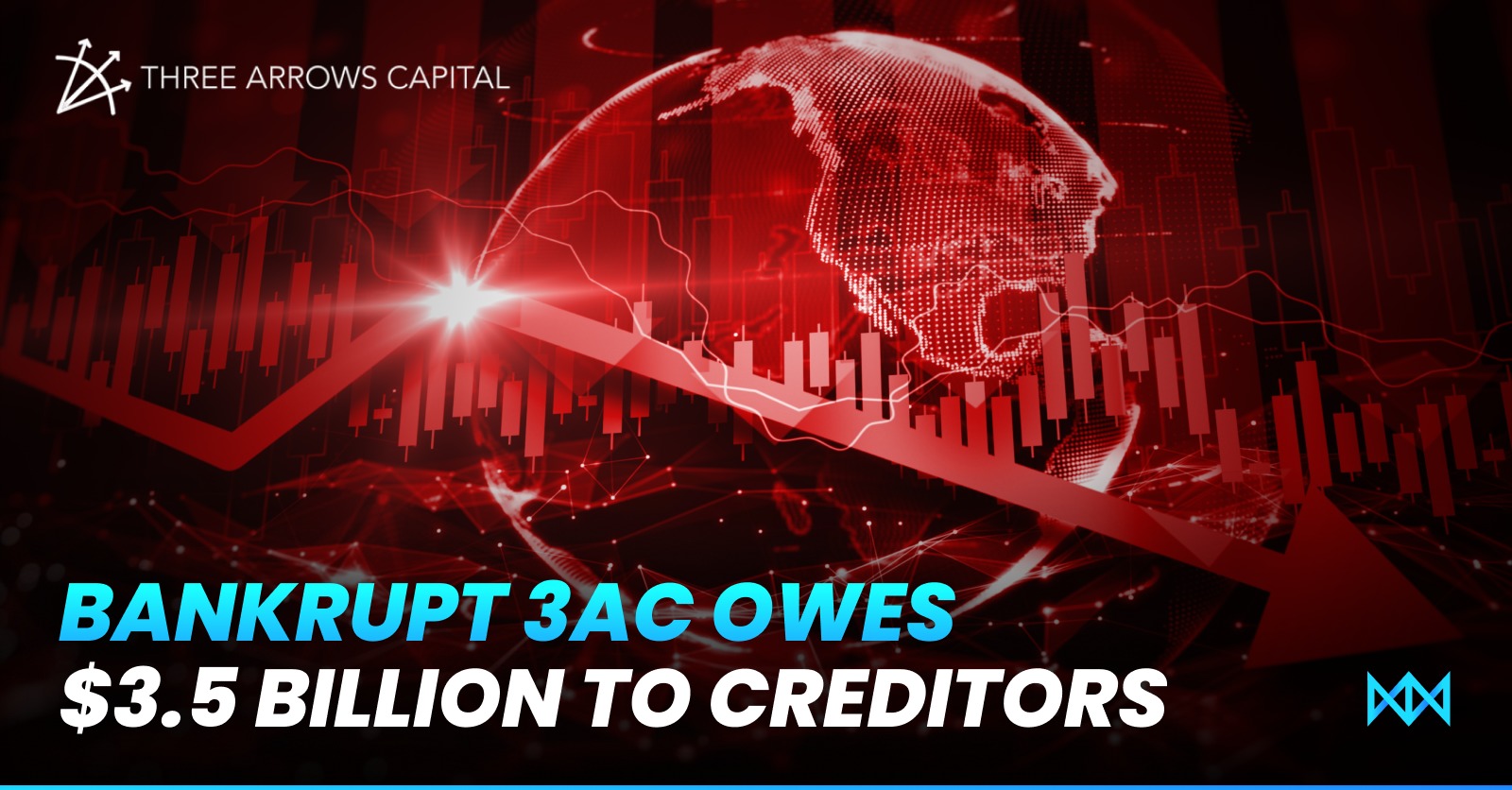 The fall of Three Arrows Capital can be traced to the collapse in May of terraUSD (UST), which had been one of the most popular U.S. dollar-pegged stablecoin projects. Industry reports claim that the fund’s exposure was around $560 million. Combined with a particularly risky trading strategy, the collapse wiped out its assets and left it unable to repay lenders. The firm in now headed to the bankruptcy court.

Related: The Rise and Fall of Terra Luna

The debts of 3AC and its creditors

Other high-profile creditors of bankrupt firm 3AC include DRB Panama Inc., the parent company of cryptocurrency exchange Deribit, which lent a whopping 1,300 BTC and 15,000 ETH, worth around $51 Million at current prices. Celsius Network (which lent around $75 million in USDC), CoinList Services ($35 million in USDC) and FalconX ($65 million).

What the lenders said

Kushagra Shrivastava, FalconX’s vice president of executive operations and partnerships, was already preparing in advance as he declined to comment on the amount loaned to 3AC. He added he could not elaborate on specific client relationships. But, he told FalconX had no exposure or material losses, adding that the average platform collateral is over 160%.

He also added: “Due to strong risk management, market risk-neutral approach and leveraging real-time on-chain analytics, FalconX emerged from the liquidity crisis stronger than ever. Our balance sheet is the largest it has ever been. We continue to provide credit and have grown our credit business despite market conditions.”

A CoinList spokesperson told: “We lent some assets from our own balance sheet to 3AC and they defaulted on that loan. We are in the legal process of trying to recover those assets. Failure to do so does not affect user funds, only assets on our own balance sheet. We raised a $100 million Series A in October 2021. We have years of track record (even if we don’t get any of the borrowed assets back) and we will continue to help launch the best projects in crypto.” Without a doubt, it is commendable that despite their great loss, they still have in mind to support new projects with potential.

Court documents show that lawyers representing 3AC’s creditors claim that Zhu and Davies have not yet begun to cooperate with them “in any meaningful manner.” The filing also alleges that the liquidation process hasn’t started. This meana there’s no cash to pay back the company’s lenders.

Court documents show that lawyers representing 3AC’s creditors claim that Zhu and Davies have not yet begun to cooperate with them “in any meaningful manner.” The filing also alleges that the liquidation process hasn’t started, meaning there’s no cash to pay back the company’s lenders.

How to Make Money During Bear Market

Crypto Market Crash and Its Impact on Play-to-Earn Games