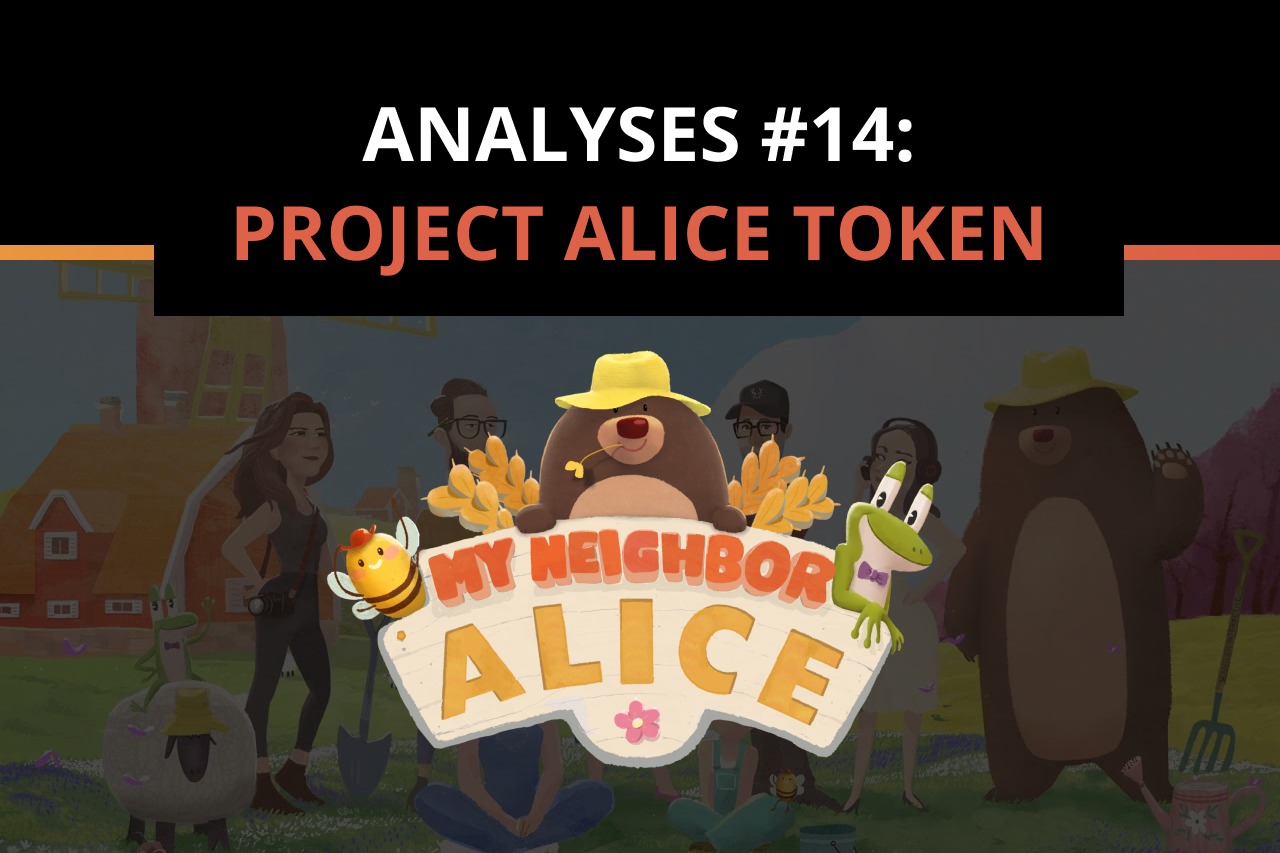 A cryptocurrency called ALICE surged 60,000% from $0.1 to $60 within a minute of being listed on crypto exchange Binance. ALICE is the native cryptocurrency token of the blockchain and NFT game My Neighbour Alice, where players can buy and own virtual islands while being rewarded for contributing to the “Alice world.”

We have reviewed the crypto project Decentraland in the last crypto analysis which is already some years on the market. It seems that similar platforms are arising as the one we will look at today.

What is My Neighbour Alice NFT game about?

My Neighbour Alice is a NFT game, where anyone can buy and own virtual islands, collect and build exciting items and meet new friends.

“My Neighbor Alice is not just a game for blockchain players. But it’s a game that could introduce blockchain to millions of players.“

Inspired by successful games such as Animal Crossing, the game combines the best of the two worlds. Fun narrative for regular players who want to enjoy the gameplay experience as well as an ecosystem for players who want to collect and trade NFT:s, even if they have no idea what an NFT is.

My Neighbour Alice is the first attempt to create a truly public application with an exciting plot that would attract first ordinary players, secondly blockchain enthusiasts and DeFi nerds. It has a light and intuitive interface with a variety of features to explore. Player will decide on how much you want to be involved in the game’s decentralised features and DeFi. Moreover, we designed the game in a way to make it “live forever” with a narrative that never becomes boring.

One of the strategic visions within is to create monetary incentives for the most committed and motivated players. The benefits will include staking rewards, NFT collateral for possible buybacks and NFT rental.

NFT game and its features

Players can trade their land and other items, such as houses, fences, animals, and plants in the virtual in-game marketplace.

Virtual islands are important elements of the game infrastructure. Players can purchase plots of land from Alice after the onboarding or in the marketplace. It is important to note that there is a scarce supply of plots in the universe and each piece of land is represented by NFT tokens.

Avatars are used to represent players in the game. Players can customize and personalize their avatars.

Players can collect and trade various in-game items, such as houses, fences, plants, and animals in the in-game marketplace.

The game will have a reputation system that rewards players as good landowners with increasing benefits (up to participating in the Community Council).

It will enable various possibilities for players to work on a shared goal and join resources to complete fun activities. For example, the game will enable community-created events where players will participate in activities and competitions and much more.

The ALICE listing also comes at a time where NFT assets are taking off in the crypto space. The creators of the crypto game have said that the game intends to combine the best of the two worlds – a fun narrative for regular players who want to enjoy the gameplay experience as well as an ecosystem for players who want to collect and trade Non-Fungible Tokens (NFTs).

They held their first NFT auction, where 255 game animal NFTs were auctioned for a bid amount of $700,000.

ALICE token is the native currency in the game. It allows token holders to play, invest and also be part of the game.

The game’s native utility token ALICE is also used for several functions like in-game purchases, as well as participation in the game’s governance. Game players can also earn tokens by completing certain quests in the game and participate in staking rewards holding the token.

My neighbor Alice aims to become a truly user-owned game with its own Decentralized organization called Community Council.

The Alice token is currently trading at 15 USD which makes it according to Coingecko ranking the Nr. 215 coin with 250 mil market capitalisation. This is significant success without the game fully functional. The token is traded on the major crypto exchanges as Binance, Bkex, Gate, HBTC. The fact it was launched on the Binance launchpad was a good marketing choice.

There are only a couple of  projects focused on the virtual land 3D open world like the Decentraland with a market cap of 1,2 Billion USD or Sandbox with 500 million USD market cap (also partner). This project has still room to grow even because this is a very young industry. Axis Infinity is another blockchain game with cute graphics, but with a different gameplay that is more about collecting, breeding and battling.

My Neighbor Alice is unique in that it is an open world ​game with a strong ​visual identity based on positive images and cuteness, intended for ​non-blockchain skilled players.

Additionally, the game uses Chromia blockchain, which has proved to be a flexible blockchain, focused on decentralized games, with the peculiarity of abstracting the blockchain complexity from the gameplay and the user experience.

There are two main founders as per the website information about the team. Anna is the CEO and Oliver is the lead designer and Art Director. It’s not unusual to have an anonymous team and since the credible partners like Binance launchpad we do not consider this as a threat.

As per the website information they have credible partners very known in the blockchain game industry.

Chroma is a decentralized public blockchain, a project started and maintained by ChromaWay. The Chromia project aims to make blockchain performant and easy to use by users as well as developers. The unique technical architecture,combining relational databases with blockchain, is perfect for complex game design with logic on-chain.

ChromaWay Is a true pioneer of blockchain. Already in 2012, the CTO of ChromaWay created the world’s first source code to issue user generated tokens

Early ALICE investors have been invited to join Steam playtest in January 2021. Over time, various in-game features will be added to the game as per the roadmap. The full game is going  to be released in spring 2022.

The total token supply is 100 mil tokens with the fair distribution as you can see below on the chart.

My Neighbor Alice has been developed during 2020, and now has several key components done. See their demo to see what they have: a multiplayer, blockchain enabled game with landscape editor, chat, dialogues, map and really cute cows. According to the team, if we only can make those cows stop rolling around, then they can launch.

We generally like the vision that My Neighbour Alice it’s not only a blockchain or NFT game but it’s also a game that could introduce blockchain to millions of players. There is not much blockchain games competition and there is still room to grow which makes this project very interesting. The team as far we understand is semi anonymous (doing AMAs) and the game is still in development with the full release spring 2022.  The Alice token is live despite you can not use it in the game and only for speculation which we have seen with a 60 000 % spike.  We understand the team wanted to bring awareness about the project in this phase of the market cycle.