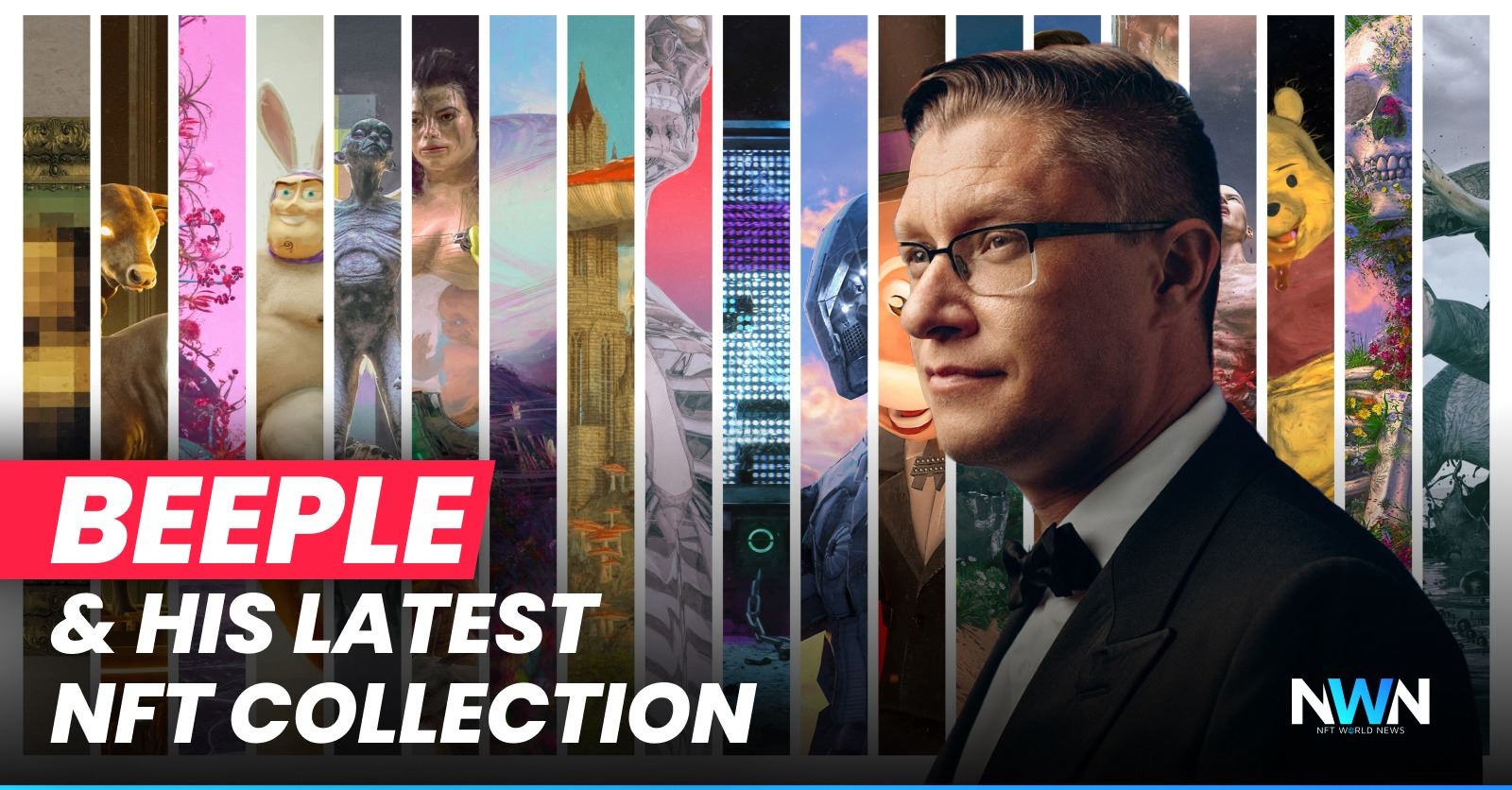 Those of you who don’t know Beeple, he is the most known and without a doubt the richest NFT artist to this day. His real name is Mike Winkelmann but he’s called Beeple. In 2021, a single artwork of his, called “The First 5000 Days” sold for $69 million. However, he didn’t stop there and he continues to work on his art every day! What are his latest creations?

The Most Expensive Artworks By Beeple

Although Beeple’s net worth is more than $50 million and he could easily retire, he continues to work and provide digital art. One of the most considerable artworks of 2021 is The First 5000 Days, Human One, Crossroad, Ocean Front, Goat and many more. Those are the highest selling NFTs, however, there is a number of artworks that are awesome but not that successful. Let’s have a look at those pieces.

Beeple is posting his artworks on regular basis on his Twitter, so let’s take a look at those that are getting the most recognition. As you can see in his digital artworks below, he is well aware of cryptocurrencies and created a Bitcoin-themed NFT called “Block Zero”.

One of the most notable NFTs on his Twitter in the last couple of months is undoubtedly this artwork called “Crash”. It’s showing the crash of the Ethereum price at the beginning of 2022 and the prevailing panic and fear.

In the tensions between the USA and other countries, Beeple created this masterpiece called “Awaiting Orders” to display how Biden rules and his army is ready to battle. Hopefully, the war won’t be necessary.

This masterpiece called “Diplomatic Immunity” also received huge recognition among his other artworks, displaying fear, death, and other terrifying elements in this picture.

One of the most notable artworks was posted by Beeple at the beginning of 2022 and it’s called “American Dream”. This picture speaks for itself with its surrealistic image.

It’s very admirable to see talented people continue to do what they’re good at even though they succeeded tremendously. Beeple is the most known NFT artist and we think he’ll always be one of the most recognizable artists in the NFT industry as he was there at the beginning. If you’re interested in the NFT art, make sure to follow him on Twitter or Instagram.