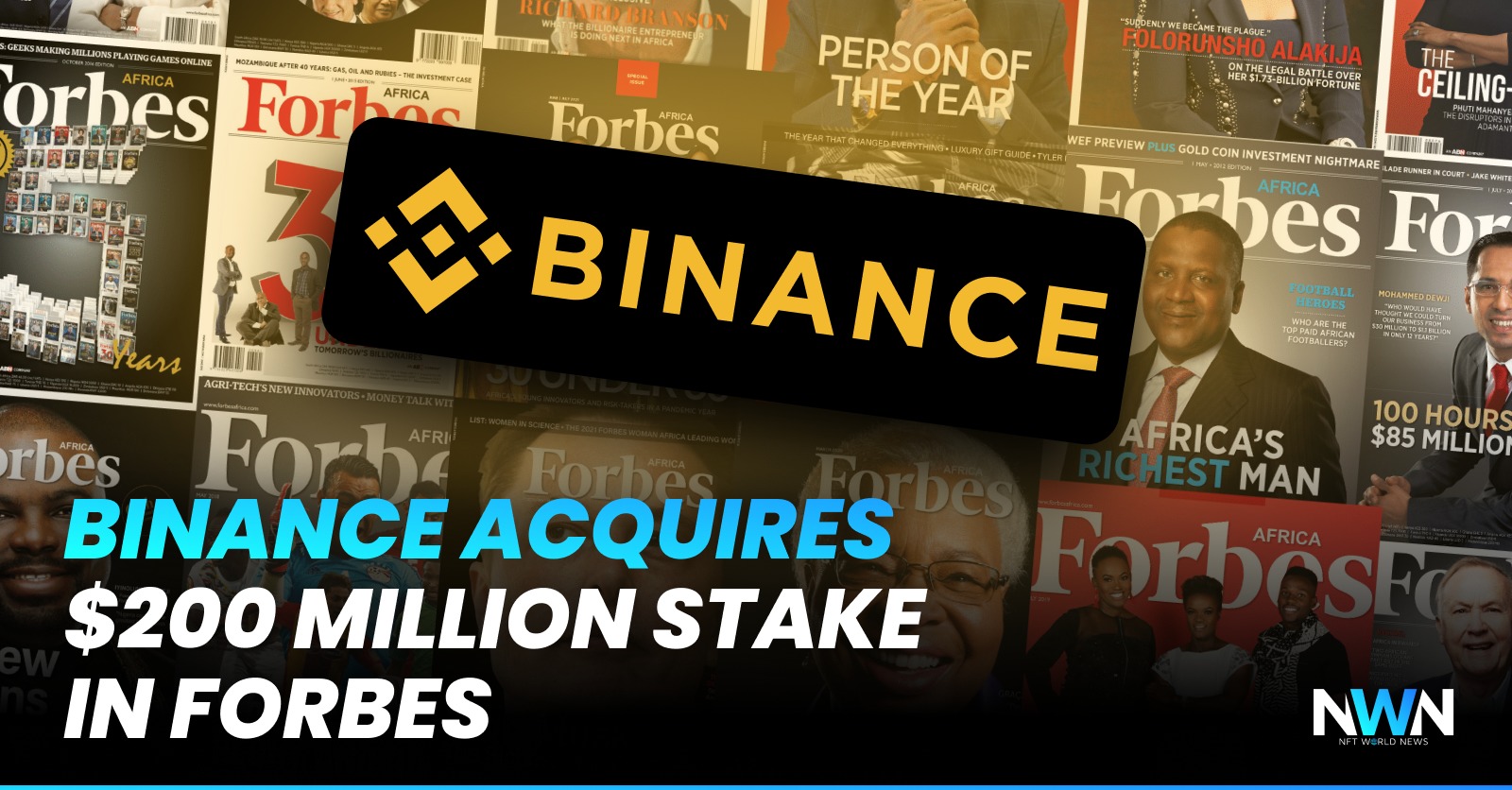 Binance is one of the biggest crypto exchanges and leading blockchain specialists. In terms of cryptocurrency trading, it is one of the largest in the world. It has more than 500 coins for its users to choose from and it has a serious impact on the world. Now Binance even acquired a significant stake in Forbes. What’s their plan?

related: Manchester United Has Signed A sponsorship With Tezos

Binance is making a deliberate investment of $200 million in Forbes. Forbes is a 104-year-old media company; its popularity is due to its ranking in the list, including everything from billionaires to college. But incredibly, it all happened in less than two years after Binance sued two writers of Forbes for defamation over an October article in the magazine about the exchange’s business structure.

Forbes also publishes many pieces from Razzlekhan, nicknamed the Crocodile of Wall Street, aka Heather Morgan, who was arrested recently along with her husband on charges of attempting to launder $3.6 billion in Bitcoin stolen from Bitfinex.

According to the release, two top Binance employees, Chief Communications Officer Patrick Hillman and Bill Chin, the head of its venture capital arm, would join Forbes’ board of directors upon the transaction’s completion.

According to a Binance representative, Forbes’ editorial independence will be “sacrosanct” following the transaction. Binance’s investment replaces half of the $400 million in private placement commitments previously announced by Forbes and SPAC business Magnum Opus Acquisition Limited (OPA.N).

It is said by the companies themselves that “the transactions with Magnum Opus and Binance are expected to help Forbes optimize its brand and enterprise values.” Binance will also advise Forbes about the web 3 strategy and its digital assets.

Binance CEO Changpeng Zhao tweeted a CNBC piece on the deal to his 5.1 million followers on Thursday. He later responded with a thumbs-up emoji to a post that stated, “Necessary to build the correct narrative dismissing the fake news.

Forbes CEO Mike Federle believes the company can become a “genuine leader” in digital asset information. “Forbes is devoted to demystifying the complexity of blockchain technologies and other developing digital assets,” he said.

The move demonstrates the crypto sector’s growing real-world significance, which has seen skyrocketing valuations and spawned a new class of billionaires during global interest in digital assets. While crypto firms have gone public, had their names emblazoned on sports stadiums, and inundated the airwaves with celebrity endorsements, this is the sector’s first significant investment in a traditional U.S. media property.

Russia is Recognizing Cryptos as a Currency