Bitcoin Hits a $1 Trillion Market Cap for First Time Ever 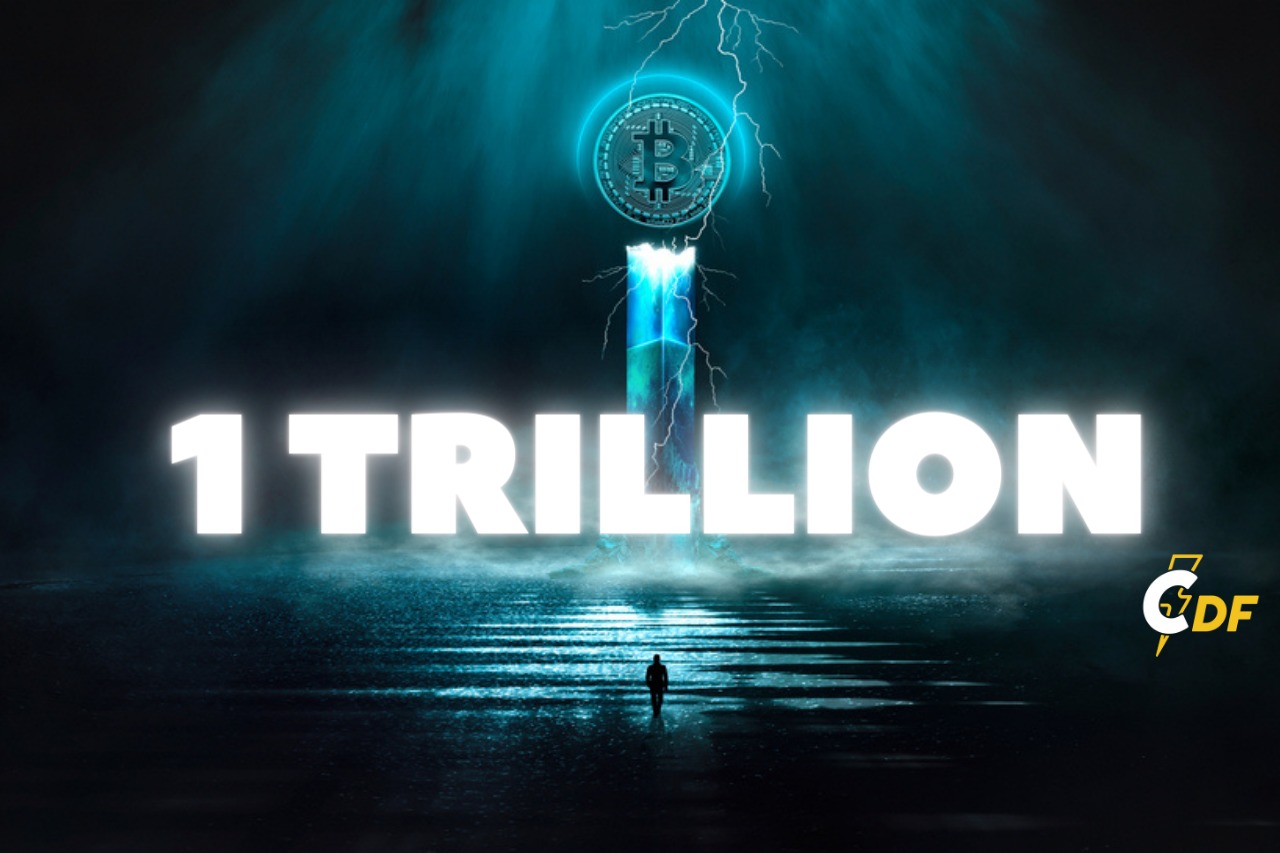 The surging price of Bitcoin has pushed its market cap to break the $1 trillion mark for the first time. Where is the next stop, or when we hit the $2 trillion level? You can find out more in the latest video here. This is the milestone for Bitcoin, and compared to a gold market cap valued at $11 trillion, there is still a long way to go.

Market capitalization is the total number of coins currently in circulation multiplied by their current market price. Basically, the combined worth of all existing BTC. By various estimations, the value of all money in the world is around $95 trillion, and now
Bitcoin represents about 1% of that. While it’s not totally fair to compare Bitcoin to money, it provides one way to put it in perspective.

Quantum Economics analyst Jason Deane noted that for people involved in the crypto space from its early days, the $1 trillion BTC market capitalization might have been a long time coming, but it was inevitable.

This is an incredibly important milestone. It adds significant gravitas to the asset class and makes it increasingly difficult for its detractors to dismiss it as niche, experimental, or a passing fad. Bitcoin is coming of age!

Kadan Stadelmann, CTO of blockchain solutions provider Komodo, added that the one trillion mark is an important psychological barrier, and breaching it is another sign of the crypto market’s maturity.

It also makes Bitcoin the first global alternative asset to experience this kind of support. It continues to set the stage for it as a global currency option that is completely agnostic of country and region. According to him, as more people realize that Bitcoin represents “the hardest money that’s ever existed, available to anyone and completely permissionless,” it’s reasonable to suggest that the world itself is starting to perceive a new way to transact value and “uninvent borders.”

The total market capitalization of all cryptocurrencies first reached $1 trillion in early January. Since then, the ongoing price rally boosted Bitcoin’s and other cryptocurrencies’ prices to new heights.  Today, this figure surged to over $1.7 trillion, with Bitcoin’s market cap alone amounting to over 60% of it. We can easily go to $3 trillion with the Bitcoin price at the $100K level.