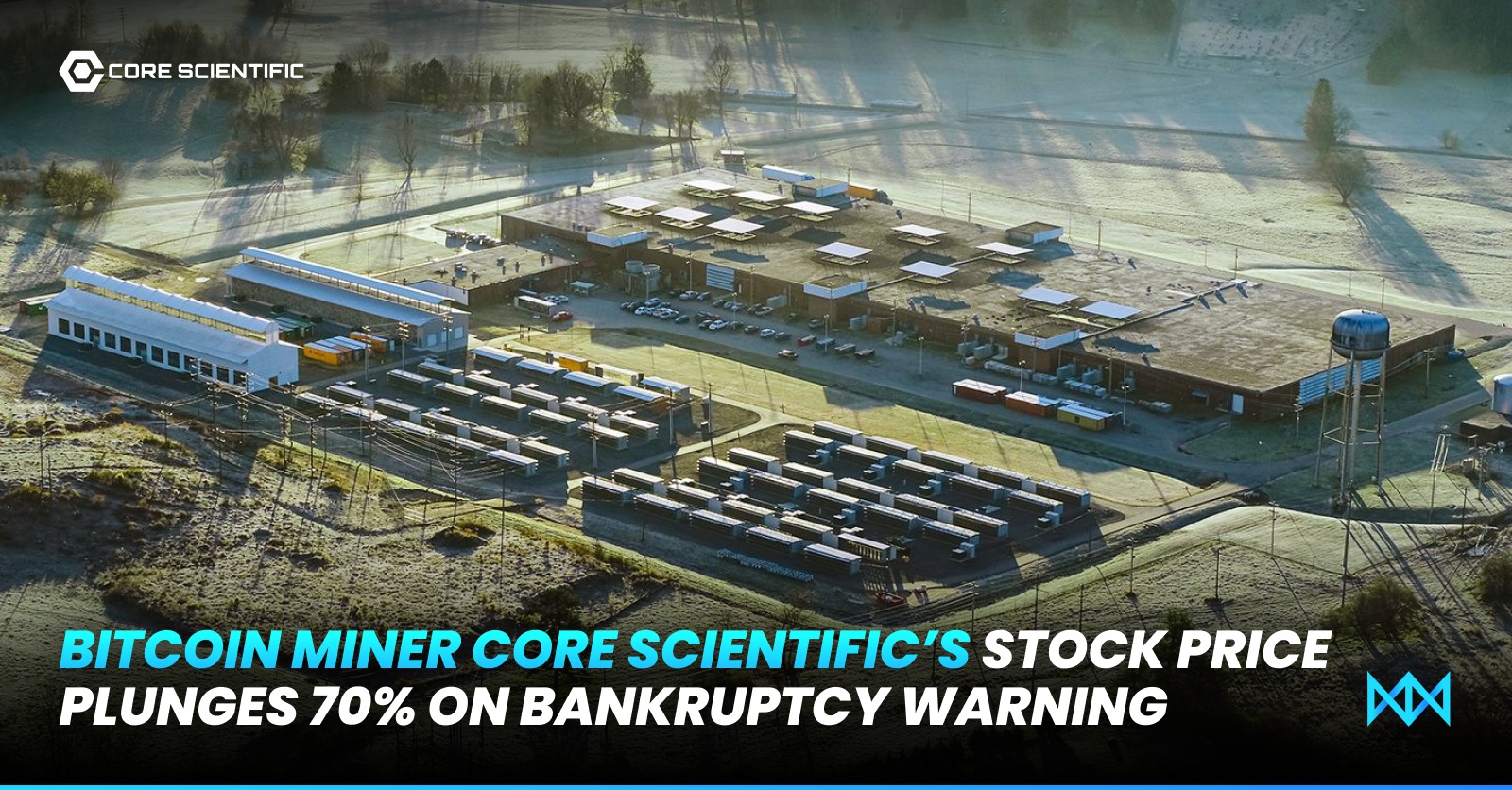 The company has been notified recently that its stock crater is more than 70% which is a new all-time low of around 25 cents. Moreover, by the end of 2022, it probably run out of its most liquid asset i.e. cash and may try to get relief by bankruptcy protection.

Why Bitcoin miners are suffering?

The company has been notified recently that its stock crater is more than 70%, an all-time low of around 25 cents. Moreover, by the end of 2022, it probably run out of its most liquid assets.

Operating performance & liquidity have been highly affected by the elongated reduction in the Bitcoin price. There are depressed prices of bitcoin with high electricity costs and boosted litigation and competition with Celsius Network LLC. It has contributed to the company to unable to pay for debts, on Thursday 27th October 2022. Core Scientific shares fell 78 percent on Thursday, the company’s worst trading day since becoming public through a merger.

As of Thursday, October 22, 2022, the company possessed 24 Bitcoins and $26.6 million in cash.  The company owned 1,051 Bitcoin and $29.5 million in cash in September. This demonstrates how aggressively sought to liquidate its Bitcoin stockpile.

Core Scientific Inc. further mentioned that will not make any coming payments due in late October & early November relating to various equipment & another financing, together with two bridge promissory notes.

Bitcoin mining firms like Core Scientific Inc. had recently preferred to choose to sell their equity, utilizing one of its least enticing options to increase money as profits dry ups & higher interest rates make borrowing much more expensive. The firm opted for an agreement with B. Riley principal capital II to purchase a $100 million common stock in July. Bitcoin has declined approximately 70% since acquiring a record increase in November 2021.

Recruiting strategic advisers (link as a legal advisor with PJT Partners, Gotshal & Manges, and Weil).  Started to become a part of discussions with creditors relative to initiatives to enhance liquidity.