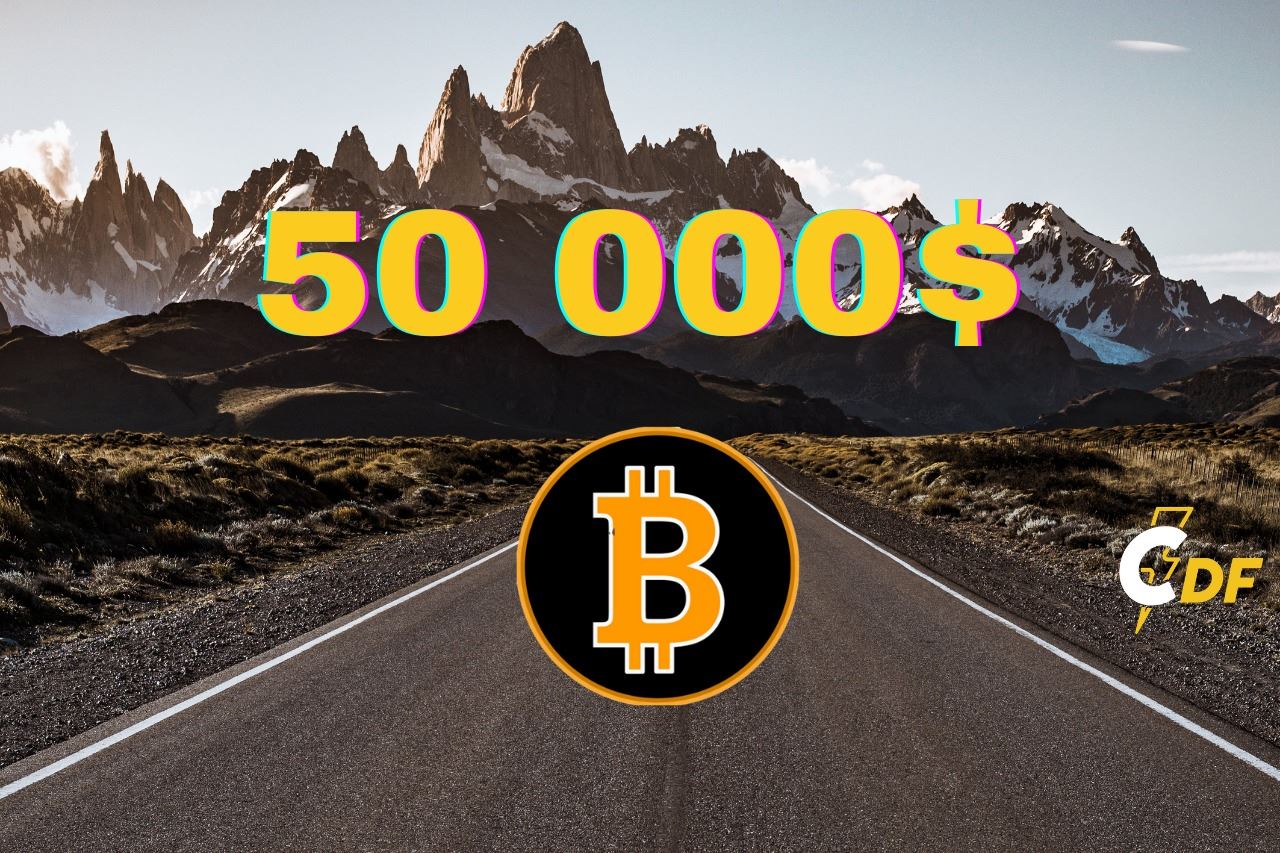 Bitcoin price was creating higher high and high low what is a sign of break up and like predicted Bitcoin today broke the 50 000 $ level.

The price action followed the news that MicroStrategy will sell $600 million of convertible senior notes to buy more Bitcoin.

The business intelligence firm said today that it intends to sell these notes to institutional investors. The firm intends to use the net proceeds from the sale to acquire more Bitcoin. That would be in addition to the 71,079 BTC it already owns—at a current value of $3.5 billion with a profit of around $2,4 billion.

The firm added that it would allow investors to purchase an additional $90 million of notes, which the firm will also use to buy more Bitcoin.

“The latest price rally was largely initiated by Tesla getting into Bitcoin. Many industry insiders saw that expansion coming: over the past few months, Elon Musk started to talk about Bitcoin more often on his social media, and in a more positive light,” BitRiver CEO and founder Igor Runets.

As mentioned above also the cryptocurrency market capitalization is breaking its records more than 1,5 Trillion $. Comparing the gold capitalization of 11 Trillion $ which many uses as a benchmark, there is still space to grow.

What’s next for Bitcoin?

Bitcoin’s price is now firmly in uncharted territory. This is the first time the cryptocurrency has ever been worth over $50,000.

With the arrival of Tesla, one of the world’s largest companies led by the world’s richest man, Bitcoin has well and truly gripped institutional investors.

According to Skybridge Capital COO Brett Messing, this can only mean Bitcoin’s price will continue to surge upwards, even up to half a million dollars, if big institutions keep pouring money into Bitcoin.

But for others, there is more potential to this story than just a constant upward surge in price. According to McCormack, Bitcoin’s next step is bringing a whole country into the world of cryptocurrency.

There is a first-mover advantage for a nation-state to add billions of Bitcoin into their coffers when they announce that the price will go bananas.