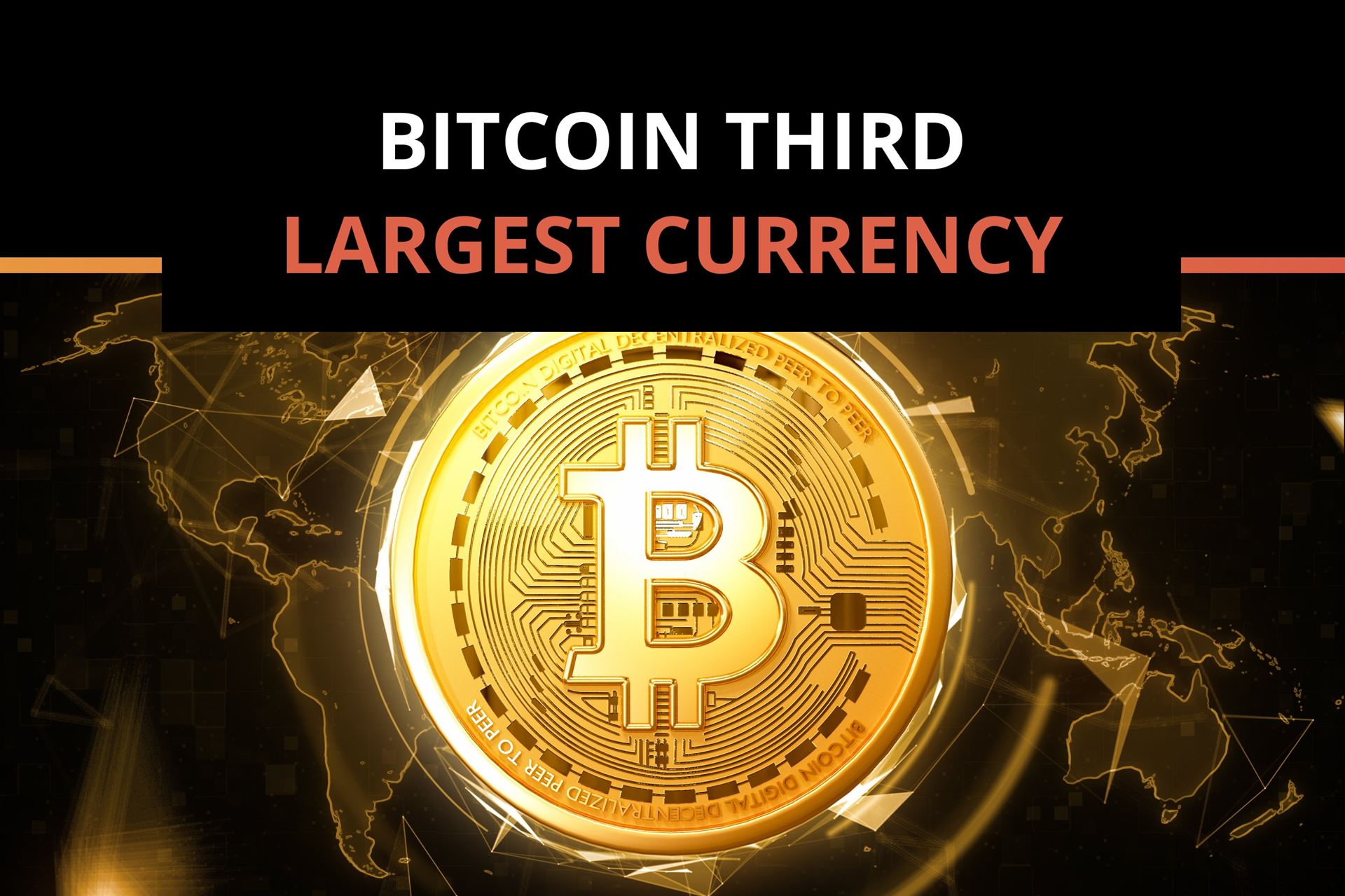 Germany´s largest bank, Deutsche Bank, has assessed Bitcoin as the third place among all global currencies by market capitalization in circulation. This is an achievement worthy of its position and what Bitcoin has achieved in the development process in the past few years.

Bitcoin (BTC) has made a marvellous rise from zero start to a current value less than $58,000. Bitcoin’s market cap skyrockets to over $ 1,000 billion. This makes Bitcoin not only the world’s No. 1 cryptocurrency, but also bigger than most government fiat currency.

Recently, Deutsche Bank officially ranked Bitcoin as the number 3 currency in the world and also said that Bitcoin is too important to be ignored. Bitcoin was only equivalent to 3% of the USD in circulation at the beginning of 2019, but by February 2021, BTC was over 40% of that USD.

The dollar remains by far the largest fiat currency in terms of circulating supply and market value, with a total circulating value of $ 2,000 billion. This was followed by the EUR – a relatively new currency that first launched in 2002 and is currently used across Europe and most of the EU member states.

Bitcoin has currently 18.66 million units in circulation. Each unit is worth about $ 58,000 at press time.

BTC transactions are on the rise, but not as exponential as the market cap. Currently, Bitcoin transactions averaged around 0.5 billion per day. What is considered to be very small. The average daily transaction value for USD is 5,800 billion, and for EUR, it is 2,100 billion.

Therefore, the path to Bitcoin’s number 1 global currency is entirely realizable. With a current market cap of $ 1,100 billion, Bitcoin will need an 82% increase in price to fulfill its mission when measured in terms of circulation value.