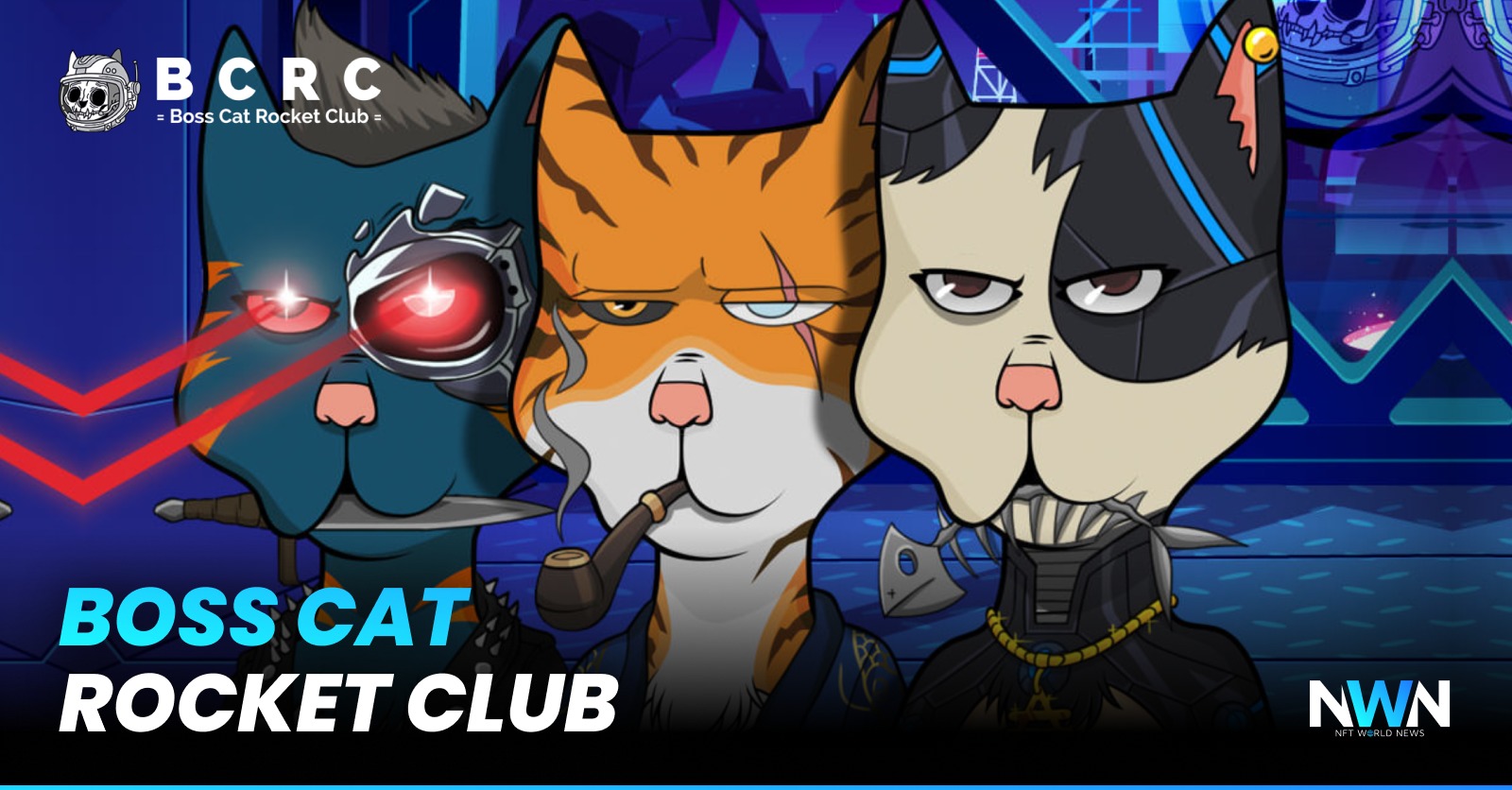 Boss Cat Rocket Club NFTs are now available on different platforms such as Opencnft, jpeg.store, and many more. Most of the Boss Cat Rocket Club holders are holding to their NFT assets because the project is developing a rocket P2E game along with compatibility of the metaverse, both of these sectors are expected to be worth more than $50 billion in the industry each. Having years of experience in the NFT marketplaces across multiple blockchains has enabled Blue Magic to make BCRC one of the most successful projects of the Cardano blockchain. Let’s explore what this collection of Boss Cat Rocket Club is all about.

BCRC is a collection of algorithmically generated space cats with a finite supply of 9,999. These space-bound NFTs are living on the Cardano blockchain. The increasing gas fees of the Ethereum Network influenced the decision of selecting the Cardano blockchain where all 9,999 NFTs were minted.

BCRC collection includes the novel and unique arbitrary traits inspired by the success of the Bored Ape Yacht Club (BAYC). The project has focused on the long-term goal of growth through sustainable community building with proactive involvement in the metaverse. The boss planet has been launched where users can own virtual real estate to avail of limitless opportunities. BCRC Rockets will be used in the P2E game that will focus on taking the users to explore space for further adventure.

In BCRC, only 1,111 can be assembled with a limited number of 3,333 rocket parts. All of this adventure is still going on the Cardano blockchain. We can see a variety of rare traits in the BCRC collection, such as Fur, Clothes, Mouth, Eyes, Hat, earrings, and even background.

The project is still in Phase 1 in which the BCRC collection of 9,999 Boss cats was minted in 2 minutes for 20 ADA mint price. A limited number of 3,333 rocket parts were released for a mint price of 35 ADA to assemble a limited number of 1,111 rockets. Boss Cat Rocket Part assembly started on January 20, 2022.

Holders with 3 matching rocket parts got an assembled rocket from the limited supply of 1,111. At the time of writing, the minting of Boss planet is live. Users are getting their Vox on the boss planet to fly around.

The intrinsic value of any NFT project is determined through the traits of collectibles. This is the reason why many projects focus on the number of unique traits and stand out from the rest of the collections. Traits can be described as the artistic differences that collectibles possess. The core trait of the Boss Cat Rocket Club was the inspiration from Bored Ape Yacht Club (BAYC), which can be seen as a successful project that has earned billions of dollars.

Boss Cat Rocket Club has been among the successful projects, thanks to its great community. The initial success of the project has pushed the founders and team of the project to take this further into the metaverse and blockchain-enabled P2E gaming sector. It is probably the first project on the Cardano blockchain with this much success and popularity. BCRC has encouraged other projects in the ecosystem to utilize blockchain options present in the industry. Cardano ADA chain is worth exploring, isn’t it?

3D Invisible Friends And The Major Concern For Every NFT Enthusiast

NFT 2.0: The Next Generation NFTs Will Add More Trust