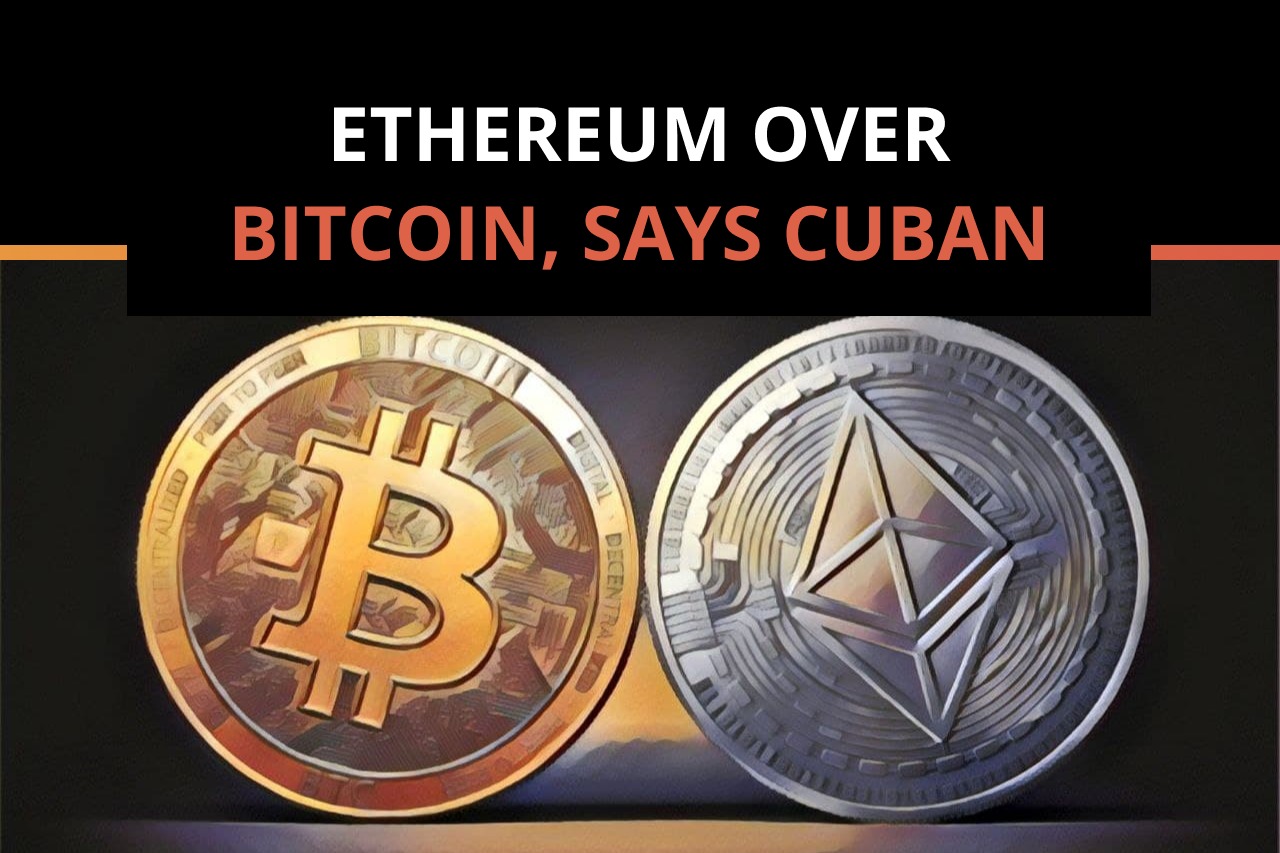 Mark Cuban says in an interview that  Ethereum holds a distinct advantage over Bitcoin as a store of wealth. Cuban announced that Ethereum’s smart contract functionality and its numerous use cases give it an edge over the top crypto asset by market cap.

He said, that he owns Ethereum because he thinks ETH is the closest to a true currency.

“[Bitcoin and Ethereum} effectively are platforms that enable a lot to happen. But Bitcoin right now has really evolved to be primarily a store of value and it’s very difficult to use it for anything else. If you want, it’s become digital gold.

You can use it as a platform that enables other things, but it requires a whole lot more, right. It requires wrapping or doing a variety of other things and it acts more as collateral than anything else in order for it to gain additional utility.

Whereas Ethereum, you know there’s just a lot more built-in utility in its organic and native form, right. Just the ability to use smart contracts organically and natively is just a significant difference right now. That’s not to say there aren’t Layer-2s on Bitcoin that, you know, create new value and create new opportunities. But you really have to work a lot harder on Bitcoin than you do on Ethereum.“

Mark Cuban emphasizes that the features of Ethereum allow the platform to power a majority of the NFT sector. It is edging toward mass adoption as demand for unique digital assets grows and chart-topping musicians enter the market.

These new users enter the crypto sector by way of NFTs. Cuban points out that they will often have to cooperate and interact with the Ethereum platform.

“Because people are using ETH to buy NFTs, to do more things, and because smart contracts just make it a little bit simpler to do development, and because we’re looking at hopefully a shorter-term evolution to ETH2…

And I know we’ve seen a lot of people saying that for a long time, I think you will see there’s more reason to buy ETH right now beyond just being a store of value.”