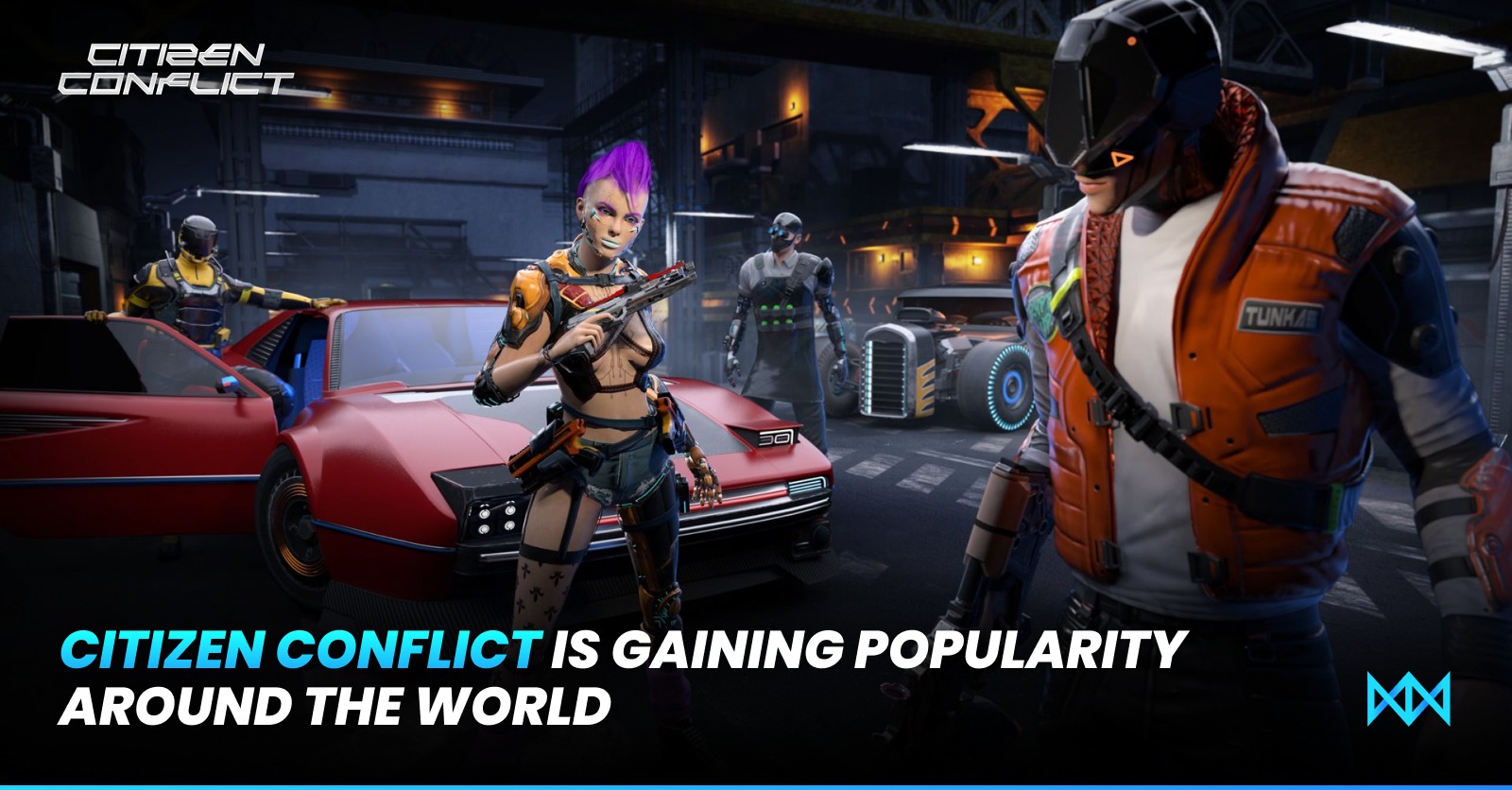 QORPO is a Slovak game studio that strives to keep up with the times and to introduce constant innovations to the worlds of gaming, blockchain, and NFTs. Citizen Conflict, their most promising project to date, demonstrates this.

Citizen Conflict is an action hero shooter game in the popular cyberpunk style, in which players play through unique anti-hero characters in the form of NFTs. The storyline takes place in a dystopian-futuristic location far from the mainland called Ether Island, where very different rules apply than in the real world.

Players will have to prove their skills in multiple game modes such as extraction, rush, team deathmatch or battle royale, increasing their Citizen ranking and gradually working their way up from the poorest District 10 to the top in District 1. Each district is completely unique, with its own story and specific characters, so there’s guaranteed to be something for everyone.

Team behind the game

Developed by a team of real gaming enthusiasts, well-known studios such as EA Games, Ubisoft and GameLoft, the game is a product of real gamers as well as experienced professionals and specialists. In order to meet the ever-changing market demands, the team is using Unreal Engine 5, which gives the game a truly stunning look!

The first Slovak battle royale should see the light of day at the end of 2022 in the first Public Alpha Test. It has already had several live playtests at the world’s biggest conferences in Cologne and Singapore. It also already has a large number of fans and enthusiasts, as well as offers for cooperation.

The game looks really good, and it’s obvious that it’s being developed by people who are knowledgeable and experienced. Furthermore, they are planning to create themed events and tournaments, as well as incorporating a unique game map inspired by Bratislava as part of the gameplay itself.

There is no doubt that Citizen Conflict has a really great potential, who is a team of Slovaks is successfully trying to turn into reality! And don’t forget – REAL YOU IS NOT ENOUGH!