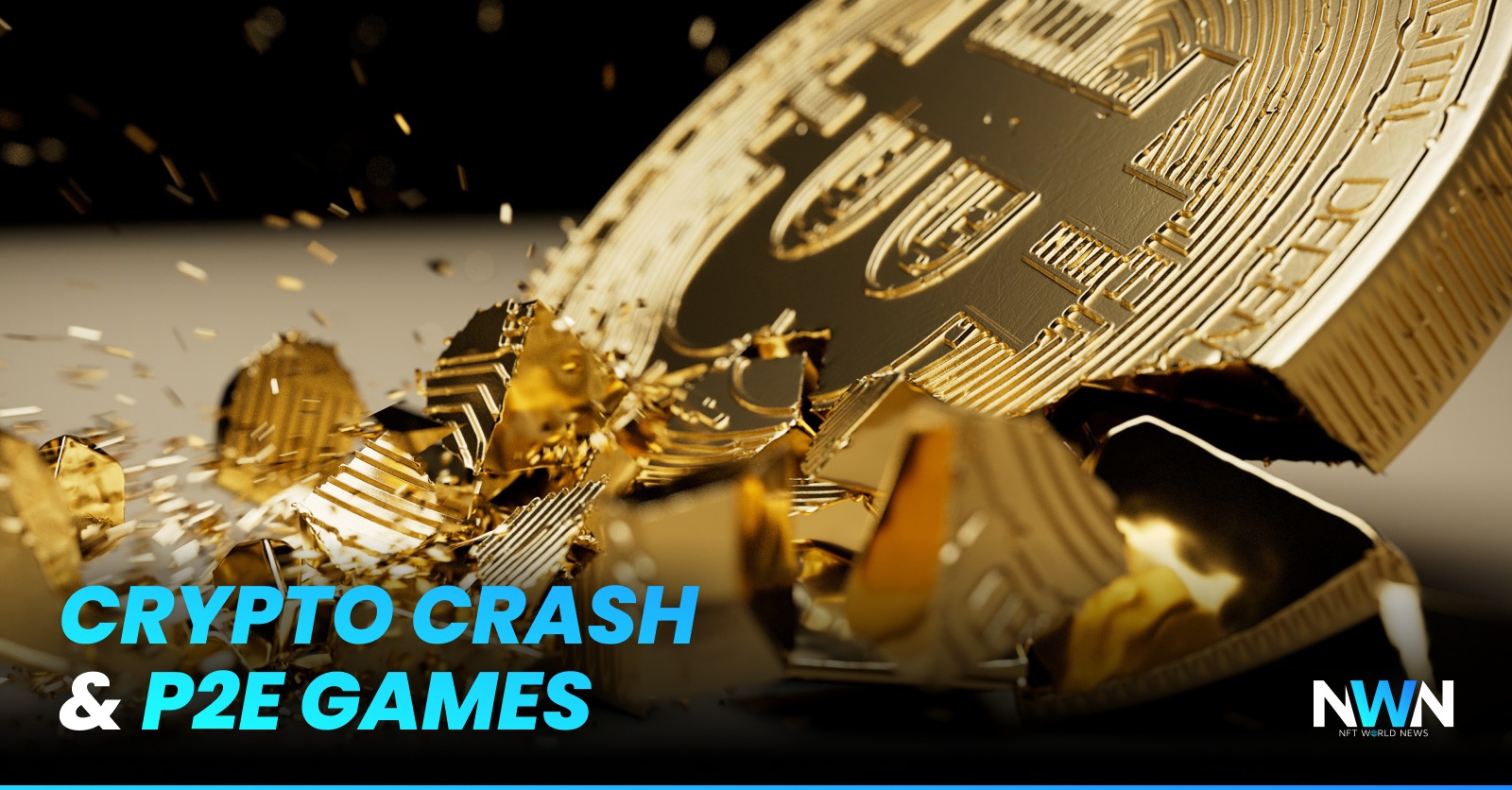 Bitcoin is down over 47% after 29th March’s 48,000 to today’s $29,000, which has affected every blockchain sector, including Blockchain P2E games. The crypto crash has struck fear in the loose hands as it has also affected the gaming economy – these have been tough weeks.

related: Why Web3 Gaming is the New Generation of Gameplay

Cryptocurrencies are known for their nefarious volatilities, and it’s probably the most concerning the fact that if Bitcoin falls, it brings every altcoin, NFT, and gaming market along for the ride. Furthermore, since most of the in-game assets are NFT based on Ethereum blockchain, BSC, Polygon, or WAX blockchain, as the price of the native tokens drops, these assets become even cheaper in a bearish market like this.

The coins backing these play-to-earn games have also suffered from this market crash. Ethereum has dropped from $3,600 to the bottom of $1,750, but now it is trading at $1,900. Polygon dropped from $1.75 to today’s $0.62. Likewise, AXS fell from $75 to $20, the most bearish coin dropping more than two-thirds of its price in a few weeks. This price drop does affect the players, but it does in both ways: the in-game assets are sold in altcoin or native coins.

Axie worth 1 AXS will remain 1 AXS, however, the price of AXS dropped to $20 from $75, and the players will only be paying $20 for the asset. It favors those who are buying, but when it comes to the reward or selling of assets, the players suffer as their profits drop proportional to the market.

The above data from App Radar shows that the impact on this game is nowhere to see. In the last 30 days, the Sandbox users increased by 20.7%, adding $136.61 million in volume and a $101.88 million balance to the platform. Play-to-earn games seem immune to the market crash when it comes to playing games themselves, and there is a reason for that. The players on P2E are more crypto-educated people, and they believe that cryptocurrency is here to stay, not a bubble to pop.

These statistics speak that the Play-to-earn game players are the true believers of the cryptocurrencies. Most blockchain players believe that P2E will survive this market turmoil as it is the future of video games.