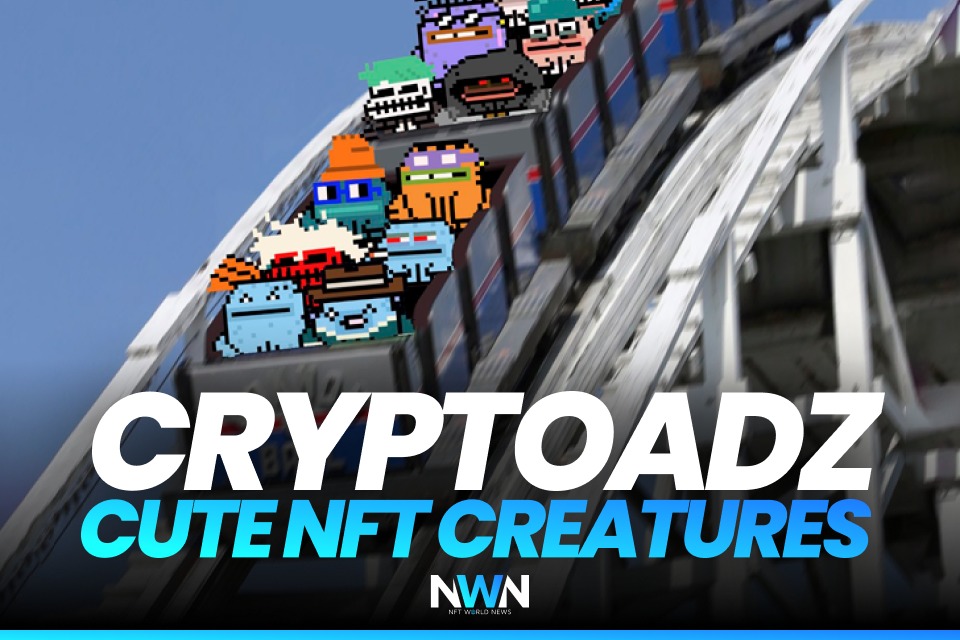 Inspired by Larva Labs‘ iconic CryptoPunks, CrypToadz is a collection of 6,969 NFTs conceived by now prominent anonymous artist Gremplin. Launched on Sept. 8 at 0.069 ETH each, the CrypToadz floor at press time has bounced between 5 and 15 ETH and currently stabilized around 4.29 ETH o OpenSea. The whole collection had been traded for almost 50,000 ETH at the moment (more than $200 million) in sales volume. Little creatures, big numbers.

this might interest you: Join Mafia Family With Flamingo NFTs

Gremplin’s amphibious collection has received praise from some of the most prominent NFT collectors and investors around. However, Gremplin started his journey into crypto art in January 2021 and began building up his brand months prior to Toadz. Slowly churning out a wide variety of NFT pieces and projects, the anonymous artist developed his own signature style through trial and error.

“I had previously dabbled in flipping CryptoKitties in 2017 and am aware of the volatility in the space. So I spun up a quick online presence and started to mint things in a sort of scattershot method,” Gremplin said. “I didn’t get the immediate success I thought I would have, so I looked at what was selling, which were things spinning around in 3D.”

CrypToadz are small amphibious creatures that roam the swampy basin of what was formerly known as Uniswamp. Unfortunately, approximately six weeks ago the Evil King Gremplin descended upon Uniswamp and dispatched the CrypToadz leader Colonel Floorbin, exiling him to Gooch Island. Following the fall of Colonel Floorbin, the Evil King Gremplin declared his divine right to rule over all CrypToadz in the Metaverse.

CrypToadz is another example of a successful NFT project, created by the artist that first tried and learned from his mistakes, and succeeded as a result later on. Gremplin had little experience in 3D art at the beginning but the process of learning brought him to CrypToadz – NFT project that got almost 50,000 ETH trading volume in a few weeks.