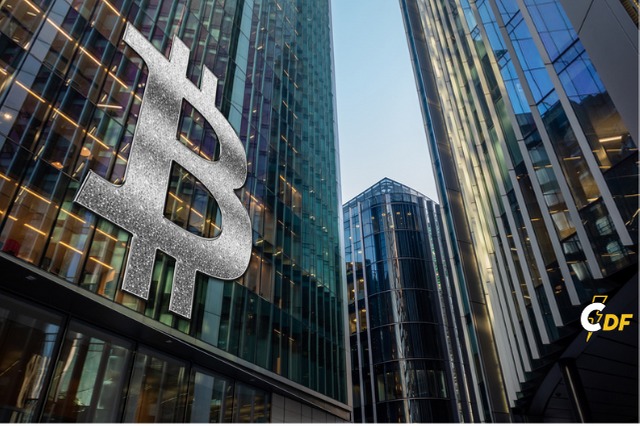 Today, more news is published supporting the fact that cryptocurrency mass adoption is inevitable, with Bitcoin leading the crypto team. Financial institutions, retail investors, banks, municipalities, and big companies enter the crypto field. Who is missing? The last piece of the pie are the states and governments, but the question is not if but when.

Let’s make an summary of what happened today and its worth to mention.

According to a resolution passed by the city’s governing commission, the mayor wants to allow the City of Miami’s workers to choose to receive all or a portion of their pay in Bitcoin. Besides, the mayor proposed allowing people to pay all or part of property taxes or city fees in crypto.

Suarez also wants the city to analyze the feasibility of investing some government funds in Bitcoin, the resolution said. It’s not clear how much of that is actually possible: Florida statutes have strict limitations on how local governments can invest surplus funds, generally restricting investments to low-volatility instruments such as those issued by the U.S. government.

BitPay Mastercard holders can now add their crypto-funded cards as a mode of payment on Apple Pay. The crypto company said Google and Samsung are next.

Apple Pay is the newest way BitPay makes living life on crypto easy. Open Apple Pay and scan or enter the BitPay card information to use it wherever Apply Pay is accepted.

The easy-to-use contactless digital payment option is available from within the BitPay app to the millions of Apple Pay customers and billions of iPhone users. Apple Pay is not only known for in-app purchases, but contactless purchases in-store and online using your iPhone, Apple Watch, iPad, and Mac.

Users can add the BitPay Card to Apple Pay and make purchases wherever Apple Pay is accepted globally.

The BNY Mellon, the $2 trillion banking giant, announced creating a Digital Assets Unit, which the company describes as “a team dedicated to building the first multi-asset custody and administration platform for traditional and digital assets, including cryptocurrencies.”

For anyone familiar with the cryptocurrency industry and the troubles cryptocurrency companies have in obtaining bank accounts, let alone custody cryptocurrency with a Bank, this news was exciting and showed immense progress. Banks like Silvergate Bank, who were early adopters in the space and the OCC, have paved the way for banks like BNY Mellon to be willing and able to provide banking cryptocurrency services. Alan Lane, Chief Executive Officer of Silvergate Bank, commented by email that the Bank sees “this as a tremendous validation of the platform we’ve built.”

Daniel Pinto, co-president and COO of multinational investment bank JP Morgan, confirmed to CNBC that if Bitcoin and other cryptocurrencies become widespread, the bank will have no choice but to get involved with them.

Canada’s securities regulator has approved the first bitcoin exchange-traded fund in North America, a move some commenters see as opening the door for the U.S. to follow. The U.S. government has been hesitant to approve a bitcoin ETF product, which tracks bitcoin’s price and is traded on a stock exchange due to bitcoin’s supposedly shallow liquidity and risks the asset could be manipulated.

Regardless of your personal opinion on cryptocurrency, all of this is summed up as big news for this growing industry. Erik Voorhees, CEO of ShapeShift.com, a leading cryptocurrency exchange explained to me, “The recent Bitcoin announcements by major companies is indicative of this rising future financial system. One built on open, borderless protocols, and immutable money.”