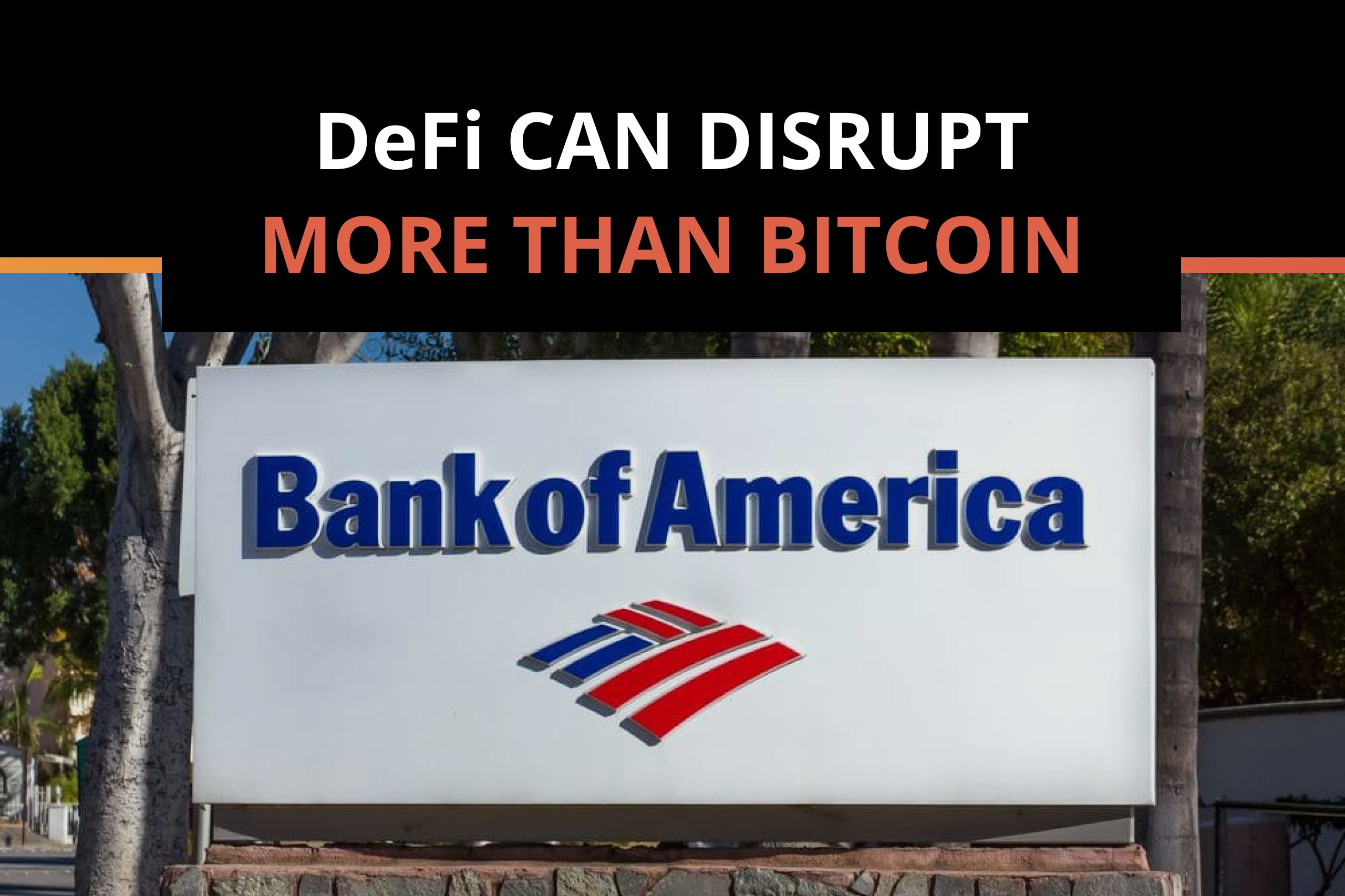 Bank of America has many things to say about the largest cryptocurrency, such as there being “no good reason to own BTC unless you see prices going up” and that its environmental record is poor. But what about the second cryptocurrency, Ethereum?

“Bitcoin is the most talked-about cryptocurrency, but Ethereum has more features, including being more flexible” in its hosting of decentralized finance and the Bitcoin blockchain, according to the second biggest bank of America.

The bank is intrigued by decentralized finance, which it says is “potentially more disruptive than Bitcoin.” The bank sees DeFi as a radical change to mainstream capital markets but, at $35 billion, has a long way to go compared to mainstream finance.

“Credit creation is one of the key motors of modern finance.

The view of Bank of America is very different from last month’s prediction by the biggest U.S. bank JPMorgan Chase, that rapid advances in digital assets could present an existential threat to traditional financial companies.

Bank of America claimed: „DeFi has seen a lot of innovation among exchanges. The key factor here is that with distributed ledger [technology], many of the functions, which are separate in fiat trading, are conducted on-chain.”

Bank of America also commented the scalability: „Ethereum may be more scalable than Bitcoin, but it, too, faces constraints in terms of speed, block size, the price of ether and so on.”

“DeFi does, however, show the opportunity which offers to finance. We believe that one of the best differences against being disintermediated by DeFi would be mainstream finance grasping these opportunities.”