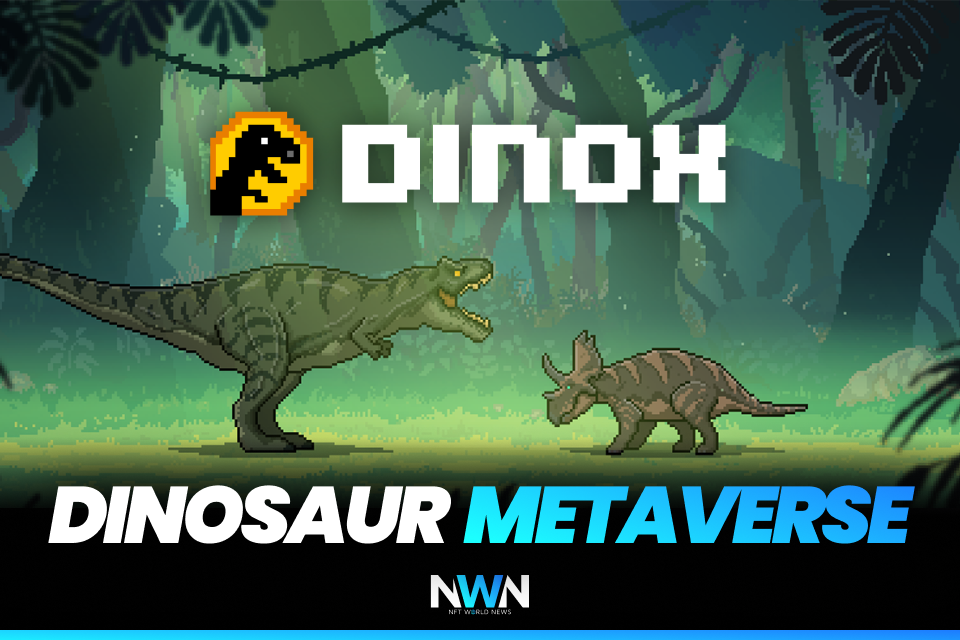 The NFT world is full of futuristic or pixel-like looking pictures, items, characters or lands. However, there is one NFT game that stands out from the others. Dinox is an NFT game with its own dinosaur metaverse! What’s it like and how does it work? Let’s review this dinosaur metaverse game.

DinoX is a combat and strategy game in a sandbox environment and a beloved gameplay genre blended with a fan-favorite theme of dinosaurs. Players build dino kingdoms, rally resources to expand, and build combative skills to occupy others. Due to the benefits of the metaverse, they can retain true ownership of the game. All the NFTs in the game are built on the Ethereum blockchain.

DinoX is a game that is a mix of popular genres for both desktop and handheld devices. Set on the Islands of DinoX World, you will find yourself surrounded by various packs of living dinosaurs. The core idea behind DinoX is that these dinosaurs live on the blockchain and you can digitally own them, take care of them, breed them, train them, and fight different creatures occupying the islands. It’s easy to learn how to play the game, but it has more complex in-game designs to satisfy different skill levels of players.

DinoX is formed by a group of tech-savvy individuals with a major interest in blockchain technology, gaming, crypto, and at the same time with a major passion for dinosaurs. The team seeks to build a complex NFT gaming experience for collectors and players.

The IDO took place on 24th July 2021 with a supply of 160,000,000 tokens at a price of $0.025. Currently, the market cap is unknown according to data from coinmarketcap, but the token price is stable at around $0.4 and a six-figure trading volume. This DNXC token is available on centralized exchange Gate.io, and also on decentralized exchanges like PancakeSwap and Uniswap. If DinoX acquires many active players, the price of the token could skyrocket all the way to the Dinoverse!

DinoX universe can be separated into smaller functional pieces, all of them working together by utilizing 3 main assets fully deployed on Ethereum and Polygon. These 3 assets are:

The NFT universe knows no limits and it seems like everything that exists in this world, including art and games is getting adopted by using the play-to-earn (P2E) model and NFTs as the whole sphere is more decentralized, transparent and it offers a possibility to make money playing! DinoX is surely one of the few projects out there with a dinosaur theme, so will you try out Dinox?