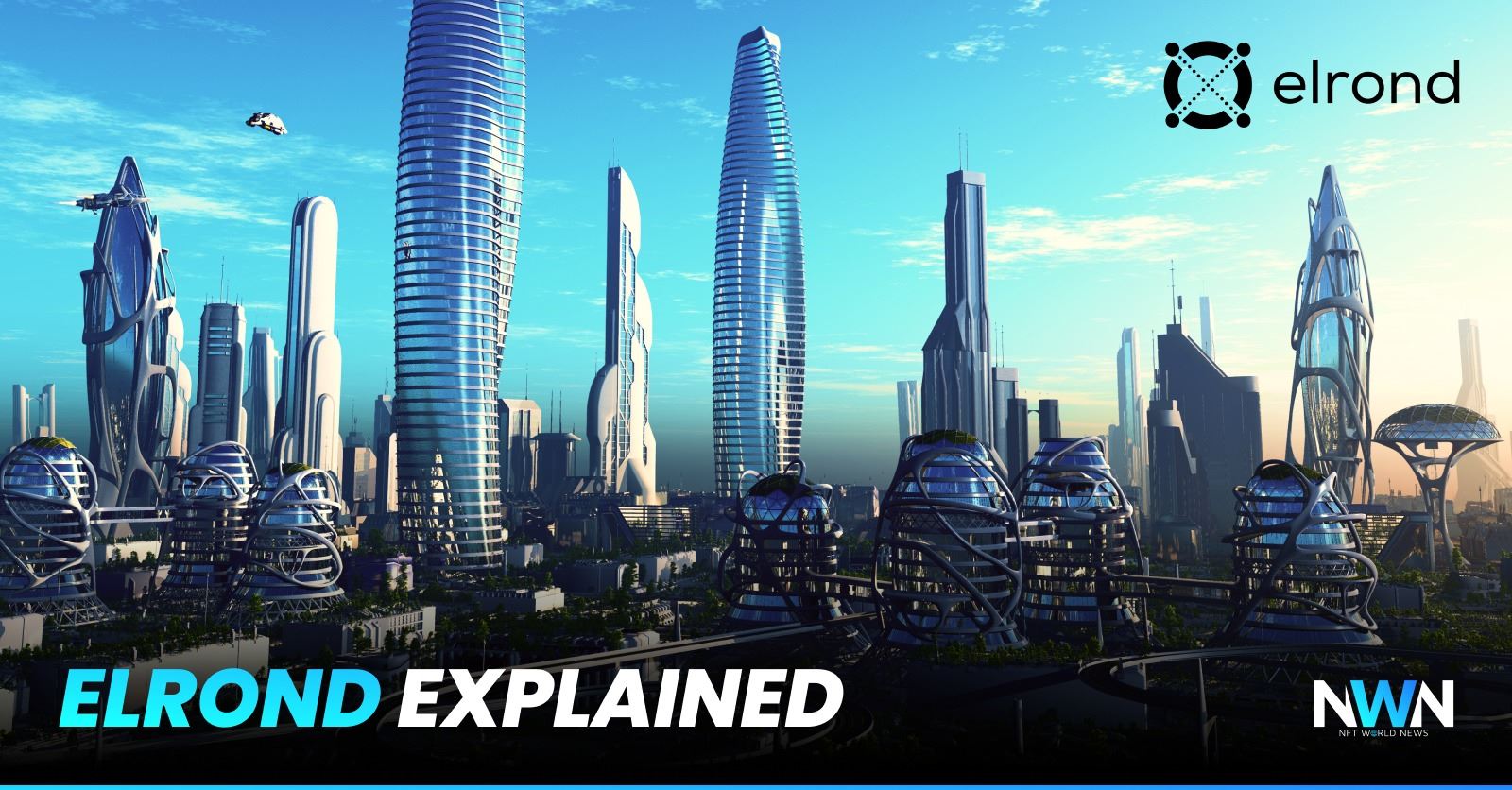 Bringing utility into the crypto space is essential, and Elrond has done just that. Elrond is one of the biggest cryptocurrencies in the world right now, using a unique SPos system, sharding, and many other perks to deliver the best results possible. But what exactly is Elrond?

Elrond is a blockchain protocol that uses sharding to provide incredibly fast transaction speed. Elrond was first revealed in August 2019, and its mainnet launched in July of the following year. Fintech, decentralized banking and the Internet of Things (IoT) are all part of the project’s description as a technology ecosystem for the future internet. According to reports, Its smart contracts execution platform can handle 15,000 transactions per second with a six-second latency and a transaction cost of $0.001.

According to its website, Elrond describes itself as a blockchain platform for the new internet economy, decentralized applications and enterprise use. Its main selling point is its high scalability, stating that it is the first blockchain network in which state, network and transaction sharding have all been implemented. According to its economics paper, it seeks to build up its ecosystem and establish EGLD as a store-of-value asset.

To achieve this goal, the Elrond network runs on 2,169 validator nodes split into four shards: three execution shards, capable of 5,400 transactions per second each, and one coordination shard, the “Metachain.” Elrond’s adaptive state sharding architecture completely shards state, transactions, and network and it can scale by adding an additional shard when the throughput demand is not achieved.

Elrond is validated rather than mined because it’s using its SPoS system. Elrond relies on open-source software, which means anyone can view the source code. Here’s how the Elrond blockchain actually works:

EGLD is the native token on the Elrond blockchain and it is utilized for network fees, staking, and rewarding validators. Even though EGLD is a young project, it managed to get into the TOP 50 cryptocurrencies according to market capitalization on coinmarketcap (landing #38 place at the time of writing). It’s important to note that more than 450,00 have Elrond on their watchlist!

EGLD currently has a $4,4 billion market cap with a huge 8-figure trading volume on a regular basis. There’s a max supply of 31,415,926 tokens and 69% of them are already in circulation. EGLD works on a BNB smart chain and it’s listed on the biggest crypto exchanges in the world, such as Binance, Gate, KuCoin, Huobi, OKX, etc.

Companies exploring blockchain networks as business solutions want platforms that meet their most important needs. Elrond Network provides an efficient, scalable, developer-friendly, and inexpensive blockchain protocol that could satisfy many needs of large-scale businesses. With a growing roster of enterprise blockchain clients around the world, Elrond is showing that user adoption of the Elrond Network is growing stronger and it’s not stopping.