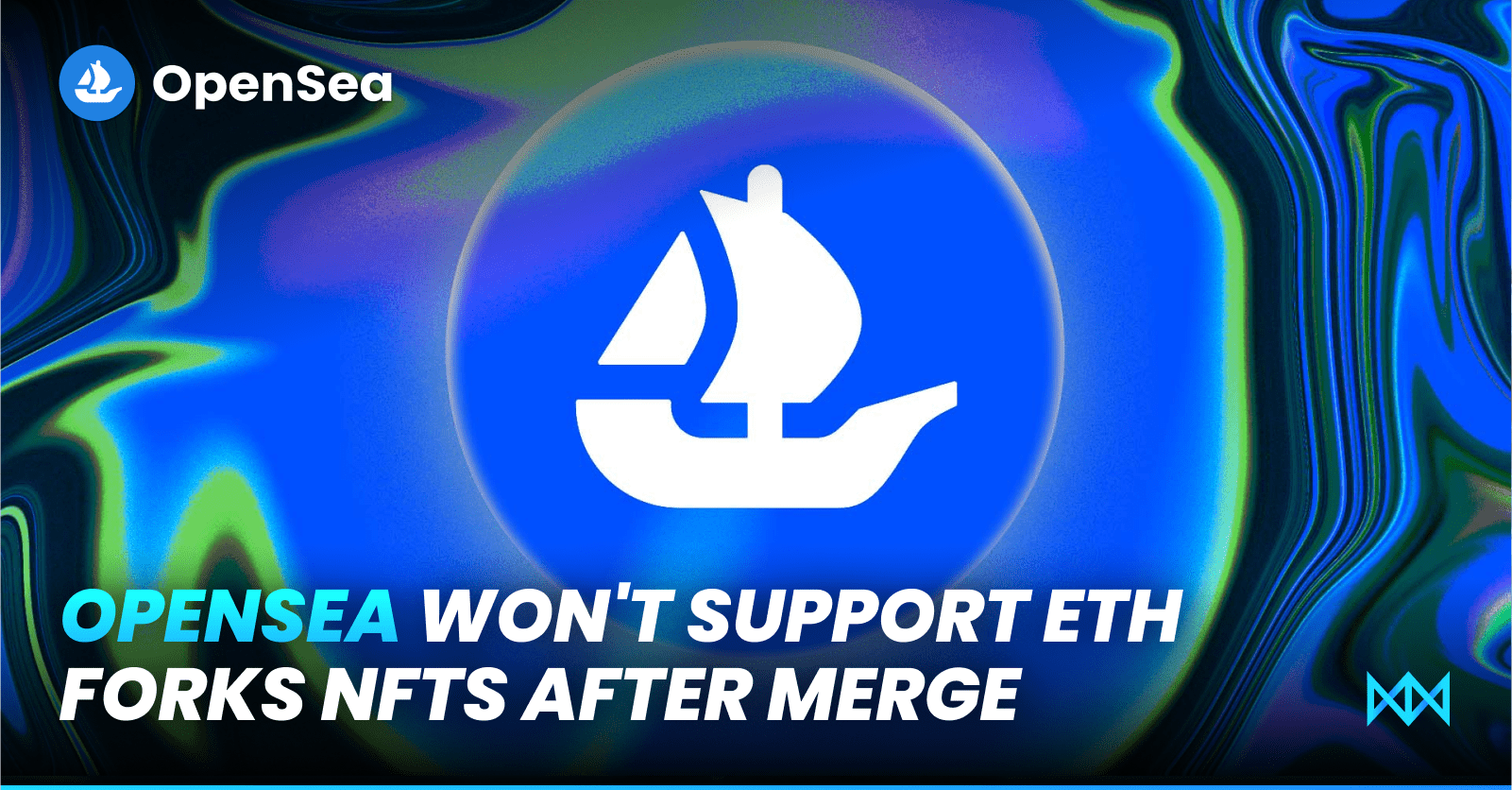 ⦁ OpenSea has decided to only support Proof-of-Stake NFTs after the Merge.
⦁ The firm behind the stablecoin, USDC, and Chainlink has also decided to join the PoS fan club.

OpenSea after the Merge

The nonfungible token (NFT) marketplace OpenSea has announced that it would concentrate on serving just the NFTs that are on the enhanced proof-of-stake (PoS) network as the Ethereum Merger deadline draws near.
The NFT marketplace stated in a series of tweets that while its team isn’t making predictions about probable forks if there are any, they won’t affect OpenSea because the platform would only support the upgraded chain. In order to ensure a seamless transition during the next Ethereum Merge, the NFT marketplace also stated that its staff is preparing the NFT trading platform for any problems that may develop.

According to DappRadar, OpenSea, the first NFT marketplace to launch on Ethereum in 2017, now supports over 80 million NFTs and has processed almost $31 billion in total volume since its launch. NFTs are cryptocurrency-based tokens that stand in for real estate, music, and artistic ownership. On exchanges like OpenSea, they are traded and stored on the Ethereum blockchain.
Although the team is certain that there won’t be any significant problems, it reassured the community that it will monitor, manage, and keep in touch with its consumers throughout the entire process. Additionally, they urged programmers to review the Merge’s details on the Ethereum website.

Who else is joining OpenSea?

In addition to OpenSea, Chainlink also pledged its support for the Ethereum mainnet’s move to PoS. The system will not support any Ethereum forks that might occur after the Merge, the team emphasized. The team gave its community the reassurance that it is making every effort to be ready for any problems that might arise during the changeover.
Popular exchange, Bitfinex stated that it would provide traders choices if the merger led to a fork. On Bitfinex, two Ethereum Chain Split tokens—ETHW, an Ether token supporting PoW, and ETHS, the PoS variant—were introduced.
To “establish a level playing field,” Coinbase has also been thinking of adding forked ETHW to the exchange. The same level of scrutiny will be applied to any branched ETH token as it would to any other asset listed on our exchange. In a statement, Circle, the firm behind the second-largest USD Coin (USDC) stablecoin, agreed with OpenSea’s position, saying that our primary plan is to fully embrace the improved Ethereum PoS chain.

It’s certainly an interesting decision by OpenSea and other projects that they decided not to support Ethereum-based NFTs after The Merge. However, in my opinion, this will hurt both projects mutually.