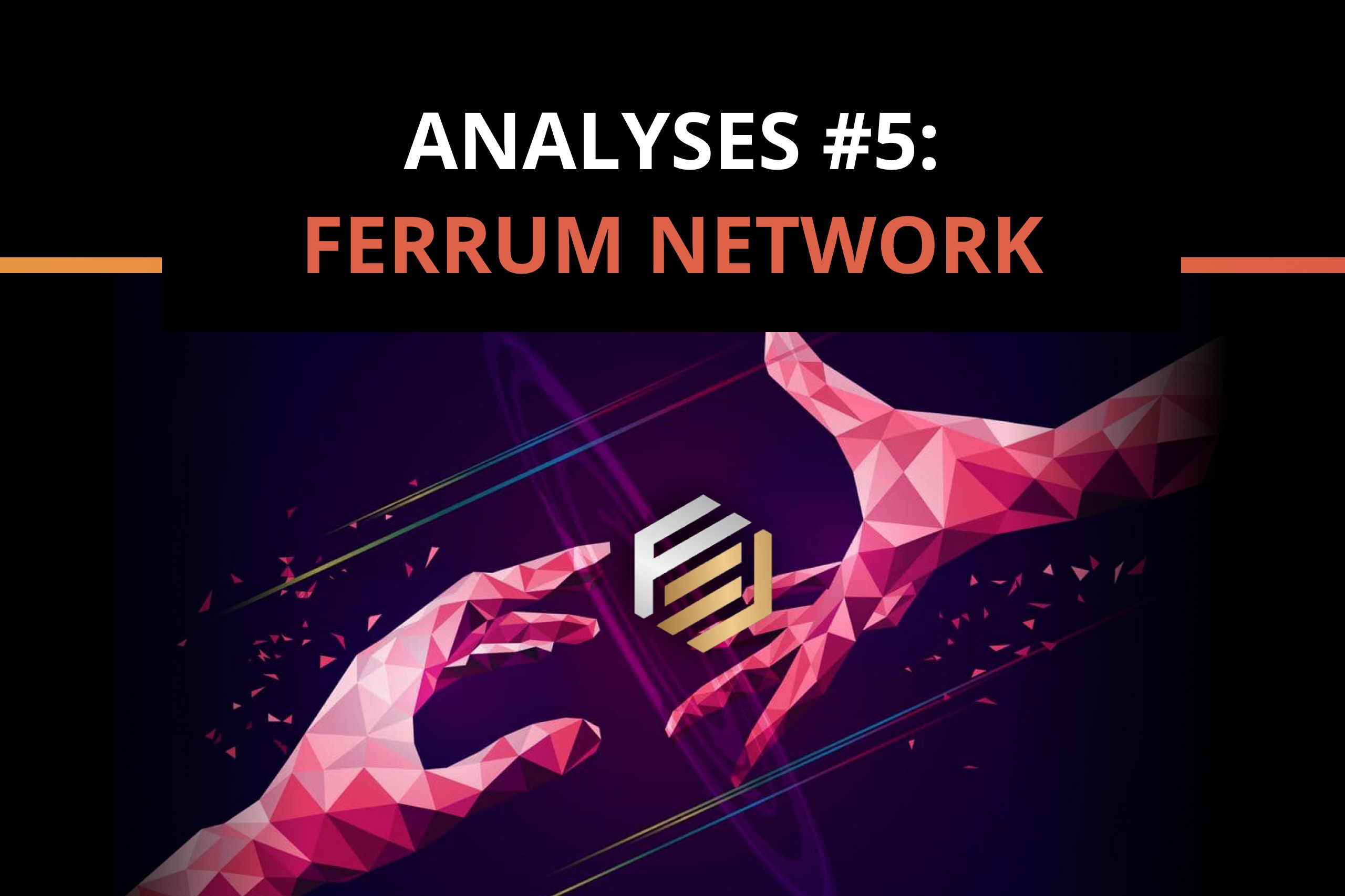 Ferrum’s revolutionary technology brings networks together for a consistently high-speed and low-cost transaction experience for each digital asset. It aims to overcome current problems in cryptocurrency usage in real-world finance applications.

One of the Ferrum Network’s advanced features that are not present in other DAGs like IOTA is that it allows the issuance of tokens backed by its network or by an external network.

The  Ferrum Network, with the DAG model, continues to see huge amazing innovations in this space. This model seems to be effective and suitable for monetary applications as it requires no miners nor blocks. As a result, transactions are quicker and cheaper.

The solution is to take control of your money with a vertically integrated line of decentralized financial applications. Powered by our next-generation interoperability network, users can invest, transact, exchange, store and earn with user-friendly Defi products.

According to the team’s website, the Ferrum networks team consists of 8 people; hence the team is legit and experienced with a strong educational background. The team has quite a large advisory board.

The company has collaborated with corporations mostly from the blockchain industry. As indicated on their website, they have onboarded more than 55 projects with a value of more than 55 MIL USD.

Blockchain has shown us a better way forward, but a lack of interoperability, slow network speeds, and the absence of user-friendly applications have slowed widespread adoption. The project is empowering individuals with decentralized finance.

Ferrum Network, designed by a distributed systems expert with over ten years of experience at the world’s biggest tech companies, was built to address two fundamental problems impeding the mainstream adoption of cryptocurrencies: slow transaction speeds and the lack of interoperability between networks.

Instead of building a standalone network, Ferrum Network leverages the values of existing blockchains. It connects them to a high-speed transaction layer that enables peer-to-peer transactions of any digital asset.

Like the Lightning Network for every blockchain, Ferrum’s revolutionary technology brings networks together for a consistently high-speed, low-cost transaction experience for every digital asset, whether BTC, ETH, XRP, EOS, Zcash, and so forth. It even works with fiat currencies.

Ferrum tokens (FRM) are the Ferrum Network’s native tokens. All other tokens in the Ferrum network are a representation of other assets such as BTC, ETH, TUSD, etc. Similar to Ethereum gas, Ferrum tokens are spent to run the transactions on the network. Because Ferrum has no miners, spending FRM tokens is necessary to prevent a malicious attacker from spamming the network. FRM tokens are also used to reduce fees on the Fe DEX, to import/export value to and from the network, among other necessary functions. Whenever FRM tokens are spent, they are burned.

It seems from website that they are focusing on African market plus emerging products. The have introduced the First Kudi Visa Card — Powered by Ferrum Network

The total supply of FRM is 331 Mil and circulating one 115 Mil. There is a difference between circulating supply and total one.

At its core, Ferrum Network is a decentralized exchange and transaction network. By utilizing existing and novel technologies, Ferrum Network allows users to represent other digital assets in cryptographically secure ways. Ferrum can then be used as a medium of exchange for other digital assets. Protocol is called Ferrum and its implemented cryptocurrency proxy called Fe. The value of every Fe is pegged to another cryptocurrency. For example, users can convert their Bitcoins to a Fe equivalent, and execute countless fast transactions on the Ferrum Network with minimal costs, thereby avoiding the slow transaction speeds and high fees experienced in the Bitcoin network. The project propose an implementation of Ferrum based on a directed acyclic graph (DAG) ledger, as graph-based decentralized systems have some inherent benefits over traditional blockchain systems, such as near costless transactions and improved scalability.

To ensure Ferrum provides the best user experience, they have plans to launched 4 dApps: The Ferrum Wallet, Ferrum Decentralized Exchange (still in process), Kudi Exchange, and the Ferrum Sub-Zero Wallet (in the process). Providing also staking platform. Recently they have launched the Foundry incubator for new projects.

The Positive is they have functional products but we have not found any transactions on the https://dappradar.com ranking website- probably still in work.

FRM is a low-cap coin, which is very much under most investors’ radar in the space. The coin is not listed on major exchanges except Kucoin. They are implementing the DAG model and believe that they will continue to see many amazing innovations in this space. We consider FRM as an undervalued asset that offers good upside potential for investors. They have ready products, and their focus is the Africa market.

The team has plans to work on DAG protocol and add more functions, plus to start with testnet and mainnet as per their roadmap.

The main concern is the competition on the market which can be offset with the ready products and the market they focused. I think they have suitable product portfolio for cryptocurrency adoption. This is general review without going deeply to company whitepaper, code or community traction, on chain analyses and trading overview.