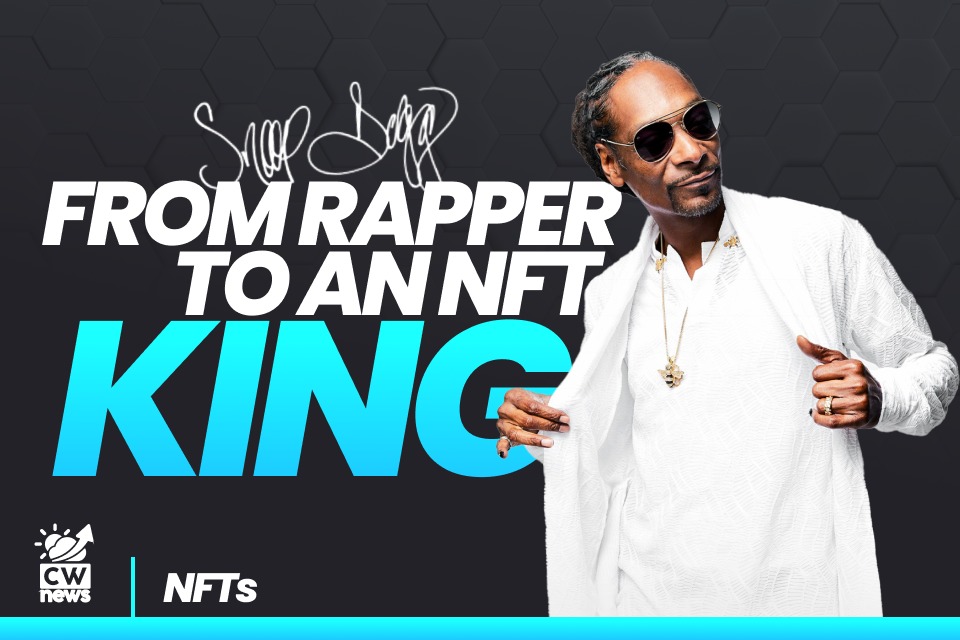 Snoop Dogg has obviously other interests besides making music. First, he launched his own collectibles and collaborated on Nyan Cat too. Now he claims to own a Twitter account with the name Cozomo de’ Medici that owns NFTs worth millions of dollars.

Cryptocurrencies and NFTs are no longer just for “the nerds” or specialists in the sphere. Anybody can get their hands on some of these digital tokens if they want to and possibly even influence prices and trends. Snoop Dogg is one of these people. Not long ago, he revealed his until now pseudonymous identity. He is claiming to be a Twitter account with the name “Cozomo de’ Medici” and tweeted this information to his 19 million followers! What an easy way to get new followers for a new account.

Cozomo’s Twitter account received big attention in just a few weeks since it started running. Snoop Dogg probably wanted a bigger audience, so now he has more than 36k followers on his NFT focused account. Mission accomplished. He was running polls to reveal his true identity and in the end, no one guessed right. With a bigger audience, Snoop Dogg will have a greater influence on the NFT world. Just now, his wallet holds more than $15 million worth of NFTs. There are Crypto Punks and Meebits amongst his collection too. He certainly owns one of the biggest NFT collections at the moment.

The world of NFTs is seriously starting to take off in 2021. Is this just a start as it was for cryptocurrencies in 2017? They are here to stay for sure, and you will see many other celebrities and influencers promoting and buying NFTs. Are you watching what NFTs do celebrities support?