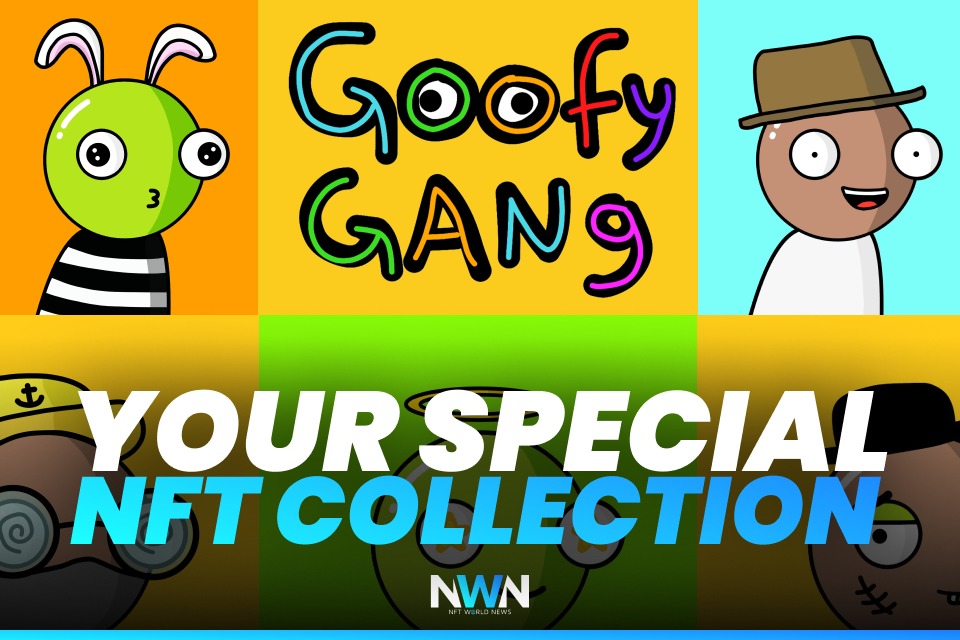 – Goofy Gang is a collection of 5,000 randomly generated NFTs on Cardano Blockchain. They also plan to release Tekky Gang very soon and their NFT pieces are available on cnft marketplace. Goofy Gang has an original and crazy storyline with cool-looking avatars that you can get!

Many people have started creating NFT projects. However, not all of them succeed but Goofy Gang is a project of collectibles that sold out within 72 hours, and they were not generated on the Ethereum network! This unique collection has been created on a different blockchain.

Goofy Gang is a collection of 5,000 randomly generated NFTs on Cardano (ADA) Blockchain. Besides this project, they are also launching Tekky Gang very soon. Those who join Goofy Gang with Tekky Gang will get a free spaceship NFT. All these 3 NFTs will be used in their game later!

Goofy Gang has 30x 1,000 ADA minting rewards in the new collection, where only 30 of them will be special Tekky characters. Those who mint them will receive 1,000 ADA! If you want to see a livestream of giving out of the prizes, you can see it here on Youtube.

Unlike many individuals might think, these crazy guys aren’t from Earth. Goofy Gang is an NFT collection from a planet called Goofyland. Their life is all about partying and they enjoy being goofy. The thing about being goofy all the time is that sometimes it leads to insane ideas. One day, a group of Goofies decided to party on a rocket ship. 5,000 craziest guys together started touching every single button which eventually started the ship and launched them into space.

Since then, Goofy Gang has been traveling among galaxies and taking trips. They met Rick and Morty who wanted to show them Earth. They’re currently reaching the Milky Way and sooner or later, they will be arriving on our planet! Are you ready to partake in their crazy adventure and most importantly, party all day long?

Most NFTs are created on the Ethereum blockchain, and we like Goofy Gang because it has a crazy and likable storyline. Moreover, it is built on blockchain that is less popular but more effective than halted Ethereum. They already launched one cool project, and we can’t wait for the next one – Tekky Gang!