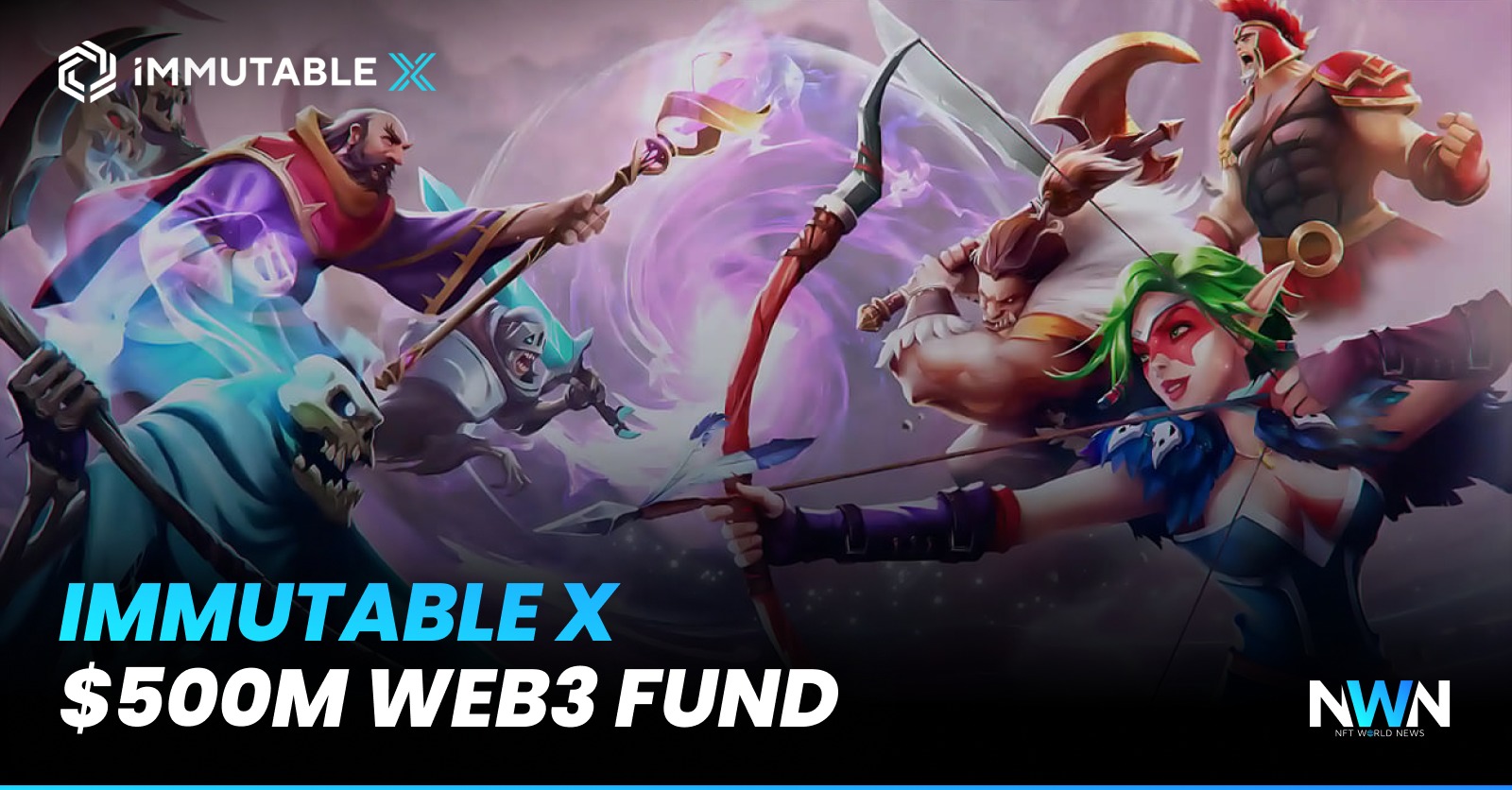 related: Scammers Are Getting Greedy And Clone Web3 Wallets To Defraud People

Immutable X is one such platform helping big names. This makes the Immutable X platform the biggest venture-funded opportunity for building web3 and the next generation of NFT gaming. More web 2 gaming platforms will be taking inspiration and looking to enter the web 3 market and blockchain.

The $500 million funds were collected from various venture capital firms and Immutable X partners like BITKRAFT, Animoca Brands, Arrington Capital, Double Peak, AirTree, King River Capital, and GameStop. In addition, many individual investors also poured vast amounts as a potential investment opportunity due to the expected growth of the blockchain in the coming years.

The funds were collected in a series of campaigns, and in March, Immutable closed a $200 million Series C round led by a firm named Temasek. Immutable is a whole ecosystem, and the funds collected will be provided to the best-developing startups and companies in Web 3 and blockchain games. Moreover, the company will provide grants and cash investments.

Distributed funds will be provided in Immutable X native utility coin ticker $IMX. The Australian gaming company has already started investing in multiple web3 firms, including StarkWare, Stardust, PlanetQuest, and Topology. The idea behind distributing the funds as their native coin is pretty naïve as it provides good coin liquidity, and the frequent buybacks will help it grow more organically in a way that the cashouts by the company as investment won’t hurt the uptrend.

Robbie Ferguson, president and co-founder of Immutable further elaborated the idea saying, “We see gaming being one of the biggest opportunities in web3 to have ever existed. The total addressable market is going to be enormous and much bigger than what gaming is today — a $100 billion industry for in-game items alone.”

Built in 2018, the company has recently hit a $2.5 billion valuation. Immutable has backed many reputable platforms like GameStop, TikTok, OpenSea, and Gary Vee’s Vee Friend. Bitcoin and crypto preachers should appreciate firms like Immutable, which are working on adopting blockchain and helping good projects evolve.