Is Ethereum Better than Tron? Finally a Good Answer 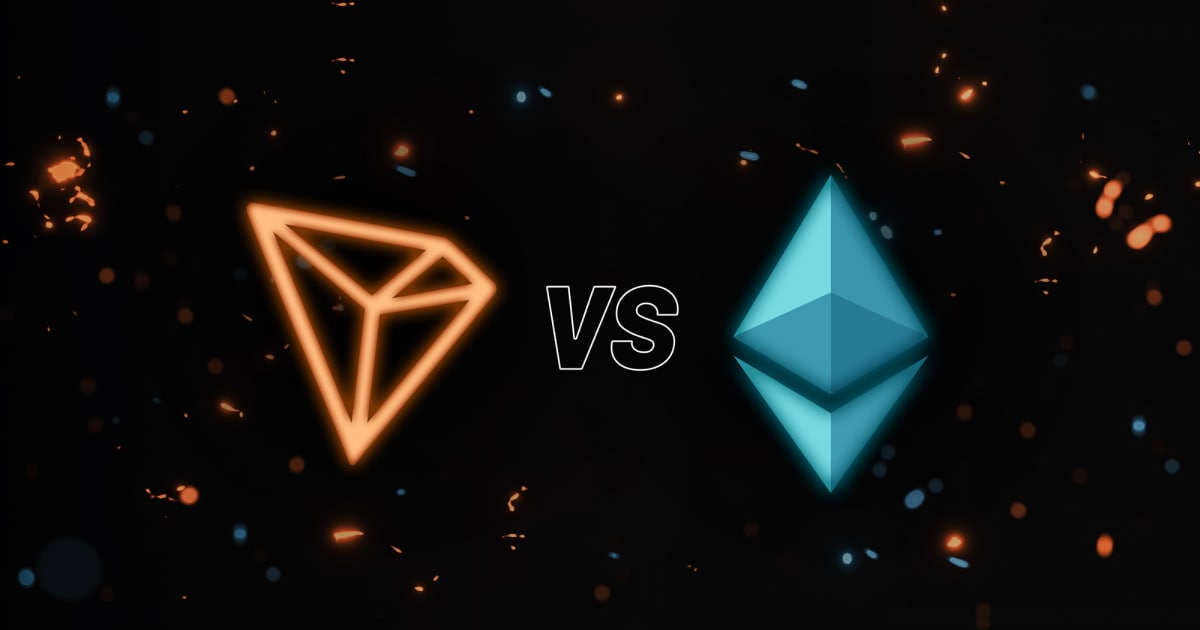 Today, we will compare two of the biggest smart contract platforms, Ethereum and Tron. While the Ethereum network is older than Tron, they both have similar goals. They focus on the same concepts as decentralized finance, decentralized apps, and a free token creation system.

Ethereum had its first hype in 2017 with the ICO projects but without real products.

Afterward, many smart contract platforms have risen, and today during the Defi season, we know dozens of them like Tron, Cardano, EOS, Polkadot Etc.

As per the market capitalization of December 2020, Ethereum is valued at 74 billion USD while Tron is „only“ 2 billion USD. We can not state that Ethereum is 37x bigger because capitalization is not the only indicator of size or usefulness. But definitely, there is more community interest in Ethereum.

According to the on-chain data from coinmetrics.io, which you can check here, Tron has the highest number of daily transactions. Averaging around 2 million per day compared to 1 million in the case of Ethereum. You can also see Bitcoin’s ones in the picture below.

A different point of view on the on-chain data is the metric saying the size of the Tether stable coin on the Ethereum and Tron blockchain. As per the data below, you can see that the size is almost twice as much on the Ethereum network (13 billion USD) compared to Tron’s one (6,7 billion USD).

Higher development data indicates that the underlying blockchain network sees improvements regularly. Especially on scalability, efficiency, and privacy. The Ethereum developers are focused on layer two solutions, but despite this, the development data for 2020 shows that Tron has outpaced ETH in the number of commits. According to some contributors, Ethereum has 445 and Tron around 100 building the ecosystem.

I honestly think this is the critical indicator when evaluating the community’s utility of the cryptocurrency or network. There are many other indicators like Dapps, but there is not an independent source of information. We have experienced a huge Defi application growth during 2020 with the increasing volume from 1 billion up to 23 billion USD value locked. It is clear Ethereum takes the cake when it comes to decentralized finance and centralized application. You can see the data on https://defipulse.com/. The value of funds locked on the Tron blockchain is much lower, with the estimation under 1 billion USD.

Ethereum has around 500 K subscribers on both platforms, Tron is at a similar level on Twitter but much lower on Reddit.

One of the main advantages of TRON nowadays and the headache of recent months for Ethereum are the fees and transaction speed. It’s is mainly caused by the Defi boom. While the Ethereum network can support max 20 to 25 transactions per second, TRON has this figure magnitude higher.

TRON is using consensus algorithm Delegated Proof-of-Stake consensus mechanism when transactions are not confirmed by all network nodes. But by regularly elected super-representatives, the number of which is limited to 27 and on the other side Ethereum is still running on Proof of Work algorithm where all the nodes (around 9000) must confirm the transactions. This is slowing down the network speed. That is why they are switching to ETH 2.0 with Proof of Stake consensus. Here comes out also the question of decentralization, but it is a different topic.

I think that both platforms can coexist, especially when Tron is focusing on the gaming industry mainly in Asia. Ethereum is currently leading smart contract platforms worldwide mainly in Defi, gaming, finance etc.

They have influential leaders like marketing genius Justin Sun for Tron and technical guru Vitalik Buterin for Ethereum. There is a high probability that Ethereum will remain dominant, but both will surely serve their purpose.