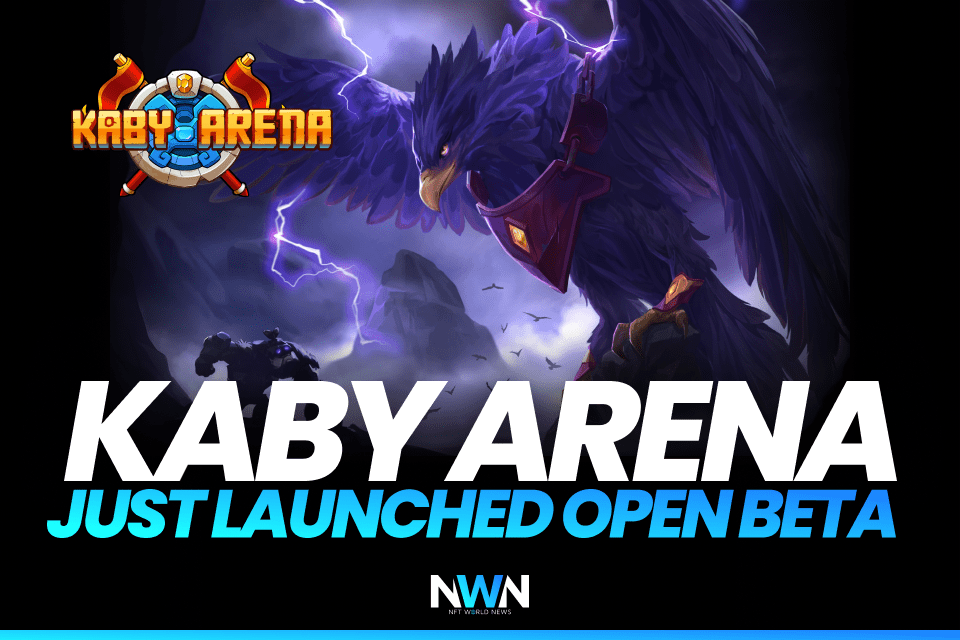 Kaby Arena is NFT Game that has just launched its Beta Test (we wrote a review on Kaby Arena here). Since 20th October, Kaby is running an open beta testing available to everyone who wants to try the game’s playground and economy. It’ll run until 30th October on the mainnet and users have the opportunity to try their NFT heroes before the official launch.

The rank of players will get them a specific score which is going to determine their award. A total of 100,000 KABY tokens will be distributed among the best. This is the distribution plan of rewards according to ranks:

Players participating in this campaign can freely provide their constructive feedback and suggestions about the whole game and get rewarded at the same time. Share your opinion, suggest what should be improved for later versions and Kaby will look at your feedback carefully to make adjustments while giving the prizes. Beta testers who write their earnest opinions stand a chance of getting valuable rewards from Kaby Arena!

Registered players joining this event can make a video about anything related to the Kaby Arena game. That video could be a reaction, a tutorial, or a game introduction, etc. Your entries should contain a screen recording when you play to increase the audience’s enthusiasm and awareness of the game. There will be 1000 KABY tokens distributed amongst the best 5 video makers.

Beta Test came out on Wednesday, October 20th at 2 PM UTC, so hurry up if you still want to have a chance at winning the prizes! If you level up your heroes through a staking campaign or sell your heroes, the heroes you play in beta won’t be affected. In other words, the hero level gained by playing the beta is not related to your staking EXP. The staking EXP will be the only EXP that is counted when the official game starts in November.

PS: don’t forget to claim your EXP reward to level up heroes before the snapshot time!