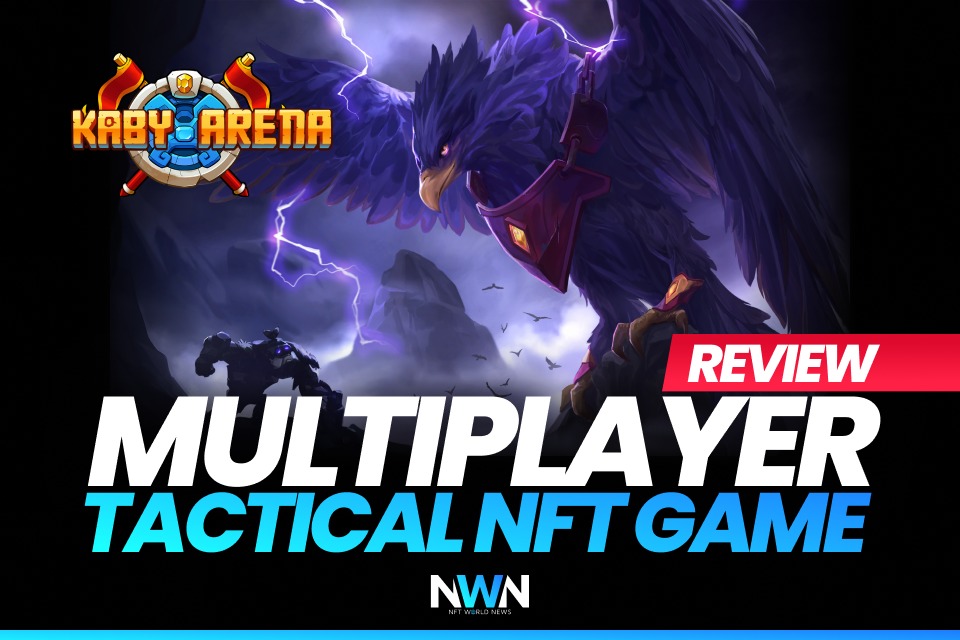 Kaby is one of the big companies in the NFT Gaming Industry with a number of games available to play for free. Kaby focuses on creating games with a play-to-earn (P2E) model and wants to provide people with an opportunity of combining great playing experience and money-making. Free-to-Play(F2P) P2E games are convincingly dominating the scene and are projected to continue increasing in both revenue and market share in the upcoming years. What’s their most famous game like? Do they have their own in-game cryptocurrency? Read to find out more.

Kaby is a gaming company working since 2014. Their game studio has deployed 8 revenue-generating games and Kaby Arena is a P2E tactical multiplayer game that is free to play and provides an open economy for every player. You can collect, evolve, and trade unique NFT heroes to build the best adventure team. The game allows NFT minting of items and heroes, as well their renting.

The nature of the game also has close ties to the cryptocurrency world, with game rules designed around understanding the crypto market. Those who understand it have higher chances of succeeding in the game. This helps to incentivize players to learn more about the crypto market in order to win more coins. Every player has no limits to the number of heroes and equipment they can gather, choosing from five heroes (water, wind, fire, darkness, light) where each has four different skills.

Most of the time, there is a high entry cost into P2E games. Kaby is using a different approach by making the game F2P and by introducing anti-scripting measures to disallow bots and remove such accounts. However, when it comes to gaming itself, Kaby is using a classical RPG-like setting, where every hero possesses four basic stats: health power, attack, defense and support. Kaby also offers NFT heroes sale to its players through their marketplace and offer in-game staking.

The team behind the game puts heavy emphasis on several features, such as:

– Rank & matchmaking: a comprehensive ranking system and matchmaking algorithm will ensure fairness to all players, doesn’t matter if they’re premium or F2P

– Regular tournaments & competition: weekly, monthly, quarterly and annual events & tournaments are hosted with great prizes and rewards for the community

– Game balancing: Kaby Arena trusts the community with their creativity to balance the game via Hero Fusion features, where two NFT heroes can be used to create new offspring with inherited traits. Any heroes that are deemed overpowered will soon be countered by other heroes created by this feature.

These are the main activities players can participate on:

– Waging against each other in PvP mode

Kaby is a Polygon and Binance Smart Chain (BSC) token developed by Ziga gaming studio which serves as a utility token for their game Kaby Arena. This token can be used for minting, purchasing or renting of NFTs, as an investment, etc. ICO of Kaby happened this year and there is a maximum total of 1,000,000,000 KABY coins in circulation. Currently, Kaby has approximately $8.3 million market cap with a token price of $0.086.

The price of the token bounced from the bottom on the left, which could make this a double bottom formation, which could result in a price surge in the near future. However, there are also fundamental aspects you need to consider before buying a KABY token, such as active number of players, sales of the company, etc.

With all the mentioned information above, you can see that Kaby is an interesting project with big potential, but it’s still in an early stage. If you look at the early stages of successful projects, they offer a great deal of potential, such as Axie Infinity in 2020. This industry is fast like no other, so your participation in this game can result in a huge success only in one year. One never knows.

What You Need to Know Before Buying an NFT