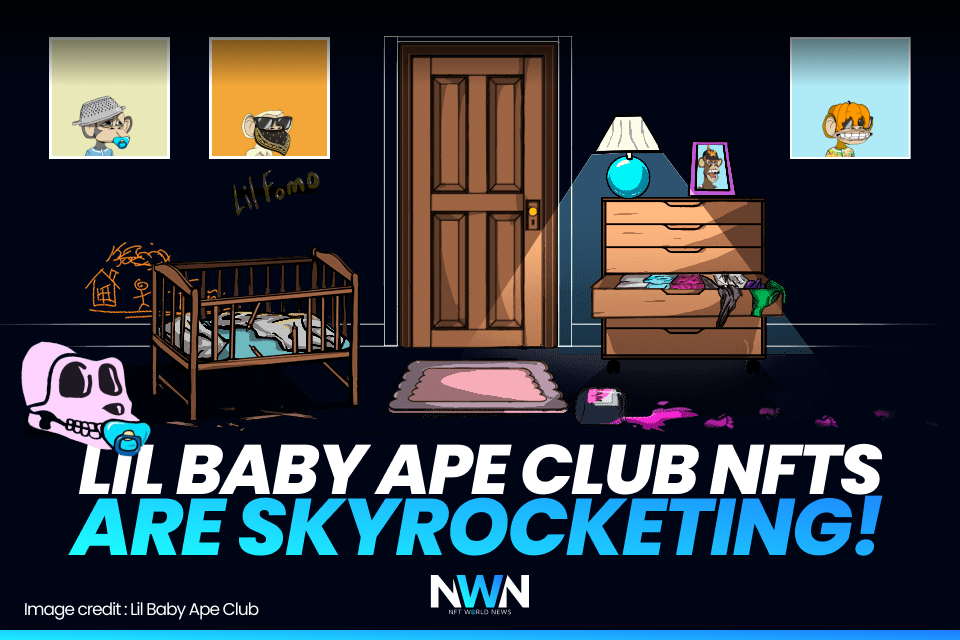 It all started with Crypto Kitties, then CryptoPunks and Bored Ape Yacht Club (BAYC). Now, there’s a totally new project which exploded overnight. This NFT project is called Lil Baby Ape Club, and it got sold out within a very short period of time. While many people expected some form of consolidation in the NFT market, Lil Baby Ape Club proved total opposite.

Data from Dune Analytics shows that on Nov. 14, the daily amount of Ethereum (ETH) traded on OpenSea catapulted from $48 million to $105 million in a matter of few hours due to high trading volume on projects BAYC and LBAC.

It’s a common saying that imitation is the sincerest form of flattery and it proved to be true in the NFT market lately. A newly launched project called the Lil Baby Ape Club is currently seeing massive volume on Opensea with 1,417 ETH in volume, reflecting a 207,344% surge over the past 24-hrs and a floor price at 0.438 ETH. However, the floor price changes over time, and now Opensea shows a floor price of 0.135 ETH after two days.

However, the initial floor price was only 0.02 ETH, so the minimal increase in value in a matter of a few days is at least 20x. Also, the first 200 mints were free! This is certainly an exciting part of NFT launches. The most expensive sale was made on LBAC #1604 for $33,200!

Lil Baby Ape Club already has 3K owners in just a few days and the total trading volume is 3.5K ETH in just 3 days, which is more than $15 million. Moreover, they gained more than 11,000 followers on Twitter in such a short time. The average sale price for LBAC NFT was $1.6K. The trading volume on the launch was almost $12 million on November 15.

While the LBAC project showed some impressive numbers shortly after minting, it’ll be interesting to see whether the current hype will last and maybe even grow over time. LBAC came out of nowhere and became the center of all NFTs which shows that anything is possible.