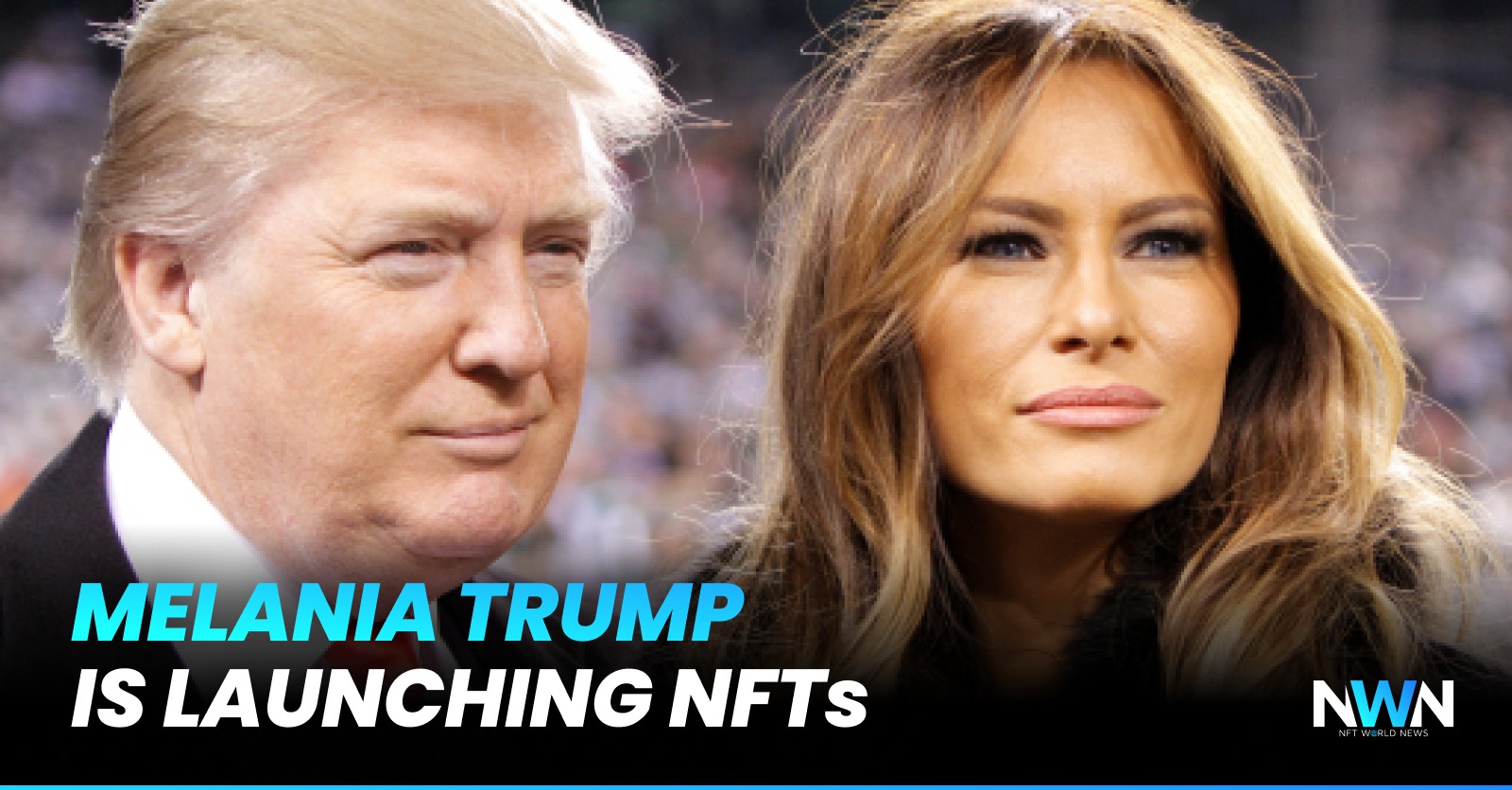 Melania Trump, the former first lady of the United States, announced that she will release more NFT digital collectibles in February, this time focusing on “iconic” incidents during her husband’s difficult reign.

you might wanna read this: QORPO Is the Most Anticipated Metaverse Company of 2022

On Presidents’ Day, February 21, Melania Trump released a new collection. She’s advertising the “POTUS NFT Collection” as a treasure trove of 10,000 NFTs, each priced at $50. This is the date on which Donald Trump’s new social media platform, “Truth Social,” was set to go live. Last year, Melania Trump established NFT sales platform with an inaugural photograph of her own eyes, and now a collection honoring Donald Trump’s sole term in office is on the way.

The artwork of each NFT is exposed only after purchase, giving collectors a sense of surprise,” the statement continued, saying Melania Trump gave “artistic direction” for the series. The Solana blockchain protocol was used.

After trying a lot to sell her NFT, Melania Trump’s idea will depend on her husband and Former President Donald Trump. The world is interested in Donald Trump and that is why this idea already sounds promising. According to Daily Mail:

“I am happy to expand upon my NFT platform and I am honored to be able to acknowledge critical milestones in our nation’s history. I’m looking forward to working with others to provide unique and original pieces of American history,” said Melania.

According to a Bloomberg News investigation, the cryptocurrency used to buy the digital asset originated from a wallet belonging to the business that had put the token up for sale, according to a series of blockchain transactions. According to Mrs. Trump, the $185,000 purchase was not made by her or her administration.

In response to Bloomberg, Melania Trump’s office claimed, “The Blockchain technology’s nature is clear. “As a result, the whole public may observe every transaction on the Blockchain. The transaction was carried out on behalf of a third-party buyer. Despite her denials, late-night guests mocked the former first lady’s NFTs on Thursday night.

Melania Trump’s first public endeavor after leaving the White House over a year ago was the NFT platform. It uses the blockchain technology that underpins cryptocurrencies to turn anything from illustrations to memes into unique virtual collectibles. Last year, non-fungible tokens broke through mainstream and are now exchanged at large auction houses, generating hundreds of millions of dollars in monthly transactions. The only question left here is: will Melania Trump make a great NFT collection that will go mainstream?

The Son Of John Lennon Is Releasing Beatles NFTs