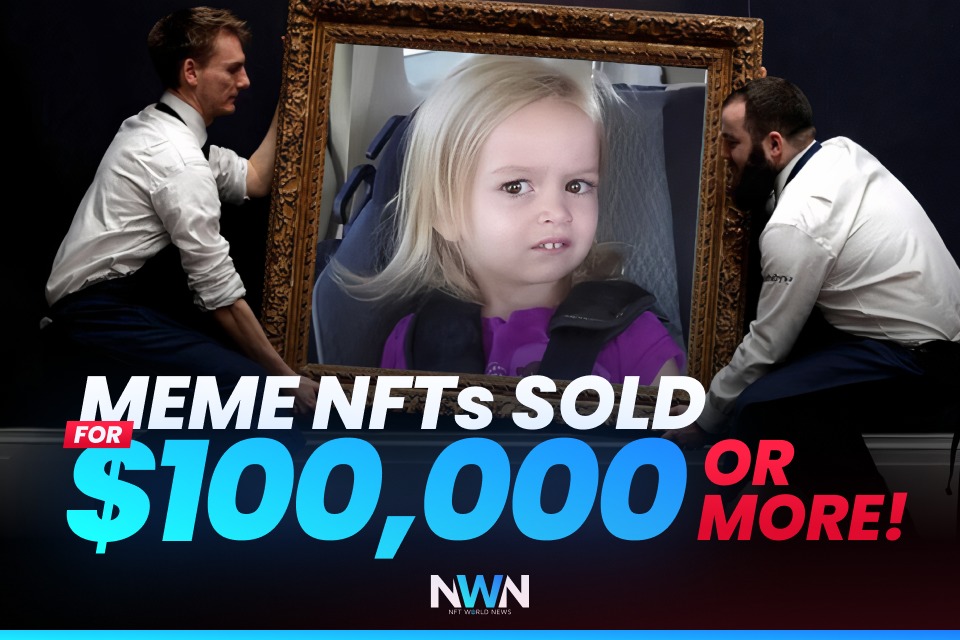 Earlier this year in April, an NFT of ‘Disaster Girl’ sold for more than $600,000. This popular meme has been sold as a non-fungible token. At the time of the photo, she was five years old and her father took that photo in front of a controlled burn of one house.

Not only she earned herself a big check, but thanks to the features of NFTs (ownership of copyright), she will receive 10% of any further sales from this NFT in the future! Zoe Roth said she would use the money to fund her college education and donate something to charity.

The picture of Side-Eyeing Chloe’s confused expression was also sold as an NFT. While other NFT memes are being sold for $400,000 or $650,000, this NFT meme sold for “only” $100,000. She became popular after he mother decided to film her reaction to a surprise trip to Disneyland. It seems like it worked out great as it made them $100,000.

This meme picture was auctioned on the platform Foundation. Besides these two sales, there have been other memes sold such as ‘Charlie bit my finger’ or Nyan Cat. While this trend is interesting and makes many people rich, critics say it heavily relies on computing power and this is bad for our environment.

“If we’re going based off meme sales before, it’s a bit lower, but we’re so grateful for what it sold for,” she said.

There are already many different types of NFTs sold in the world for big amounts of money. It will be interesting to watch out for ‘the next big thing’. Digital Art Pieces, Memes and Gaming items are now considered ‘common’ in the NFT world. What will people turn into NFT next?