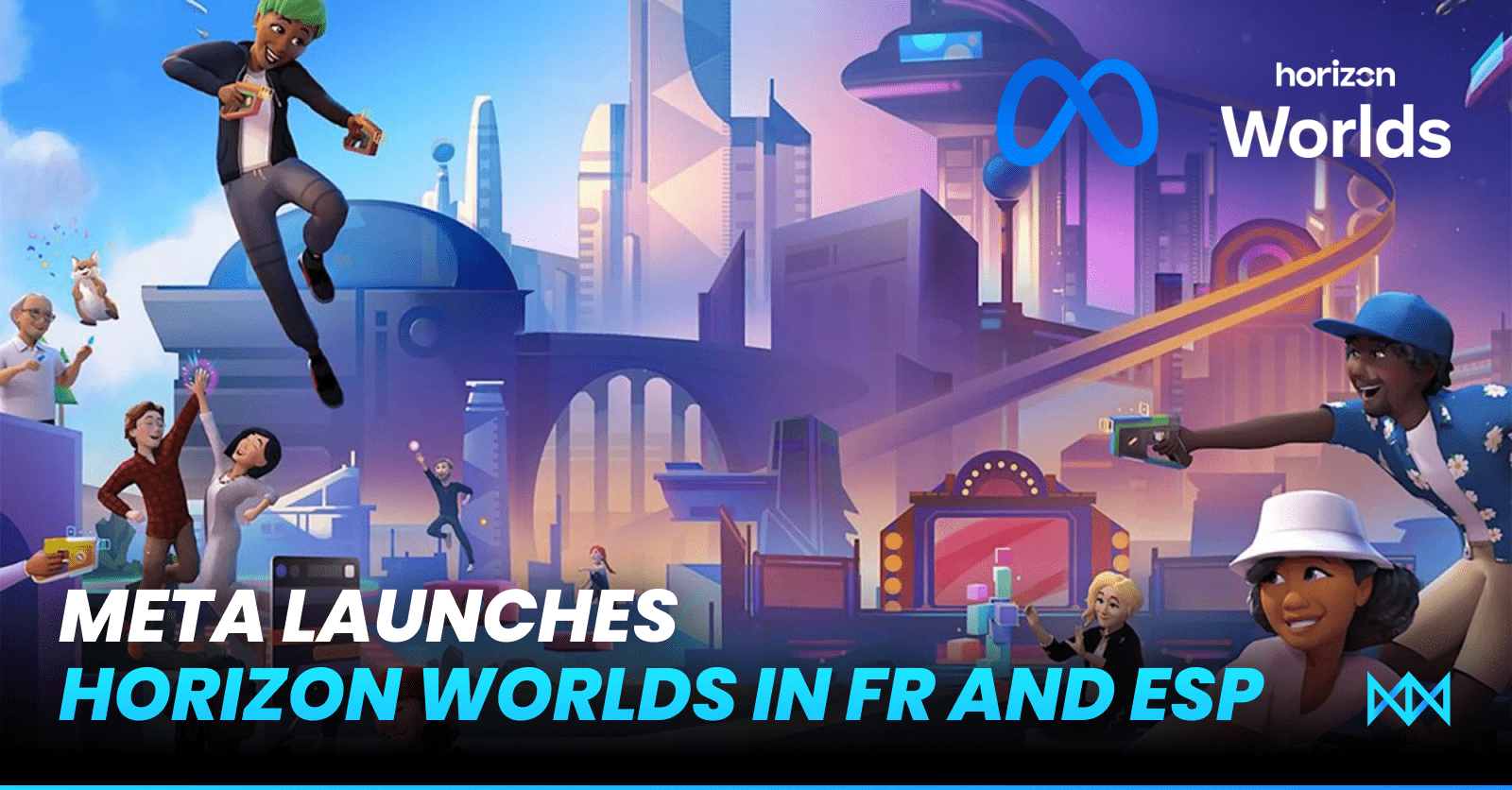 Meta, previously known as Facebook, rebranded itself to shift its focus to building a virtual world on blockchain, a metaverse. The social media giant has hired over 10,000 people and invested over $10 billion to build hardware and software to support this goal. Meta envisions taking the throne of social media platforms in the blockchain world.

Meta Expands to Spain and France

Meta started working on its metaverse venture long before rebranding to Meta. Horizon Worlds, a social metaverse platform, was available in 2020, but it was an invite-only service. Horizon Worlds was proposed for the general public in December 2021 but stayed limited to the US and Canadian markets. Last week Meta has announced the expansion of its services to Spain and France.

The VR experience will be available for 18 years or older visitors only (no apparent reason for this though). After seeing the first showcase of the social platform, the response to Zuckerberg’s metaverse is not very encouraging. Forbes writes “Does Mark Zuckerberg Not Understand How Bad His Metaverse Looks?”

Meta is not the first to build the metaverse, Decentraland and Axie Infinity are the top companies ruling the domain. Given the resources that Meta has invested into the venture, people were expecting much higher level of output from the platform. It has been almost 2 years since the announcement and avatars in Horizon Worlds still don’t have legs and it just keeps looking terrible. There’s still hope that the upcoming versions will be better – at least up to people’s expectations.

Meta is cementing its basis in the metaverse and putting forth the strategies for stabilized growth in the long run. Meta has around 300k to 500k users in the Horizon World, which is good considering it’s a start. However, when Roblox launched its game, almost 30,000 people tried to access it in a few minutes and nearly crashed it. Meta was expecting a similar response but failed to get people’s attention.

It seems like Meta is rushing to drop something for the users to stay in the headlines otherwise a company with limitless resources can do much better than this. Meta is working on the creator economy to coax more people into joining their digital space and increase organic traffic.