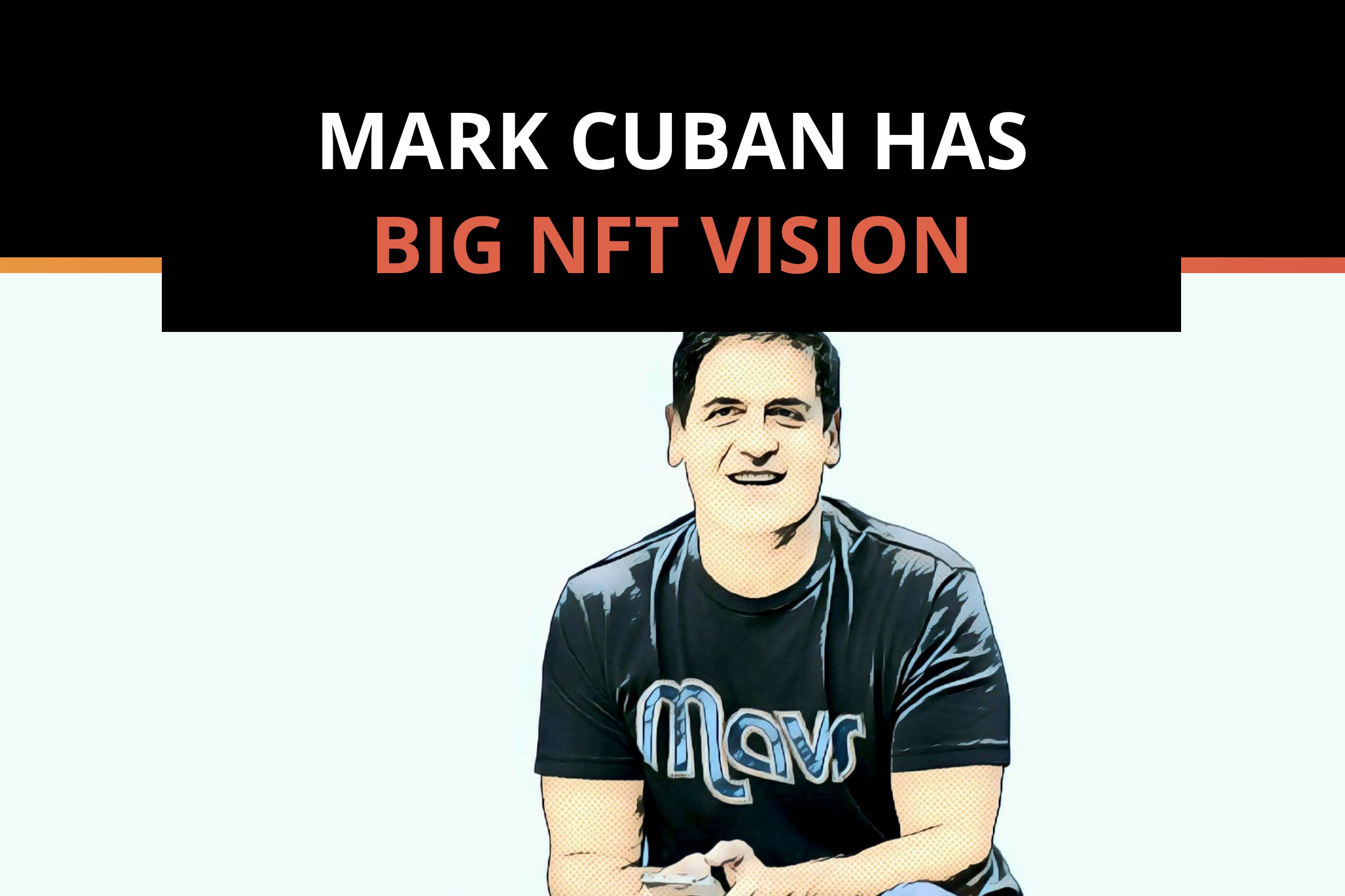 Mark Cuban – the Dallas Mavericks owner and ABC “Shark Tank” investor, had never tweeted the term “NFT” until the beginning of this year. Since then, he has tweeted out plenty of links to his own NFTs or non-fungible tokens, blockchain-based collectibles that have exploded in popularity across sports, music, and art.

Cuban explains it by holding up his own favorite basketball card: John Brisker, who played in the 1970s for Cuban’s hometown Pittsburgh Condors in the ABA before leaving the league to become a mercenary in Uganda, where he disappeared in 1978.

The joy of ownership

Cuban says. “I don’t take it out and look at it all the time. The picture of John Brisker, you can find that online somewhere, there’s nothing unique, and it’s not like the picture is artwork, and there’s nothing special about the stats and the commentary on the back. All that is available online. It’s the ownership that comes with it. And by physically having it, that’s your only proof of ownership.”

Cuban has to start an intensive process if wanted to sell the card: … „ get it validated, graded and priced by a professional, wrap it up, ship it to the buyer, then receive the payment,“ he says.

Enter NBA Top Shot, the marketplace on which fans and collectors buy digital video clips, share them, hold them, or sell them. In the past 30 days, it’s done nearly $300 million in volume. On a particular frenzied day in February, the platform sold through $2.6 million of NFTs in 30 minutes. Collectors are paying even hundreds of thousands of dollars for a digital video clip of a play you can also watch on Twitter, Instagram, or YouTube.

Get over that perception that I have to be able to touch it physically.

Cuban says that: „you have to get over that perception that I have to physically be able to touch it and realize that’s more hassle; the joy of ownership is really what matters. You get all the benefits of the joy of ownership… all the value creation—or loss, for that matter—the friction-free trading and transacting, the ability to pay royalties to the original creator after every sale, which is enormous, and really enables more creativity to come to the marketplace. Whoever designed good old John Brisker and took his picture is not getting any value whatsoever.”

Not as private as people think

When you publicly share a link to your NFT wallet on a platform like Rarible, anyone who understands blockchain a little can view the wallet address on Etherscan and see the monetary contents of your wallet.

Cuban happily tweets out his Rarible wallet which contains $455,000 worth of tokens and NFTs. Cuban knows everyone can see that, and he doesn’t care: „Yeah, it’s not as private as people think.“

Cuban also admits with a laugh. And that’s the whole point of the blockchain. That it’s 100% public because it’s all verifiable.