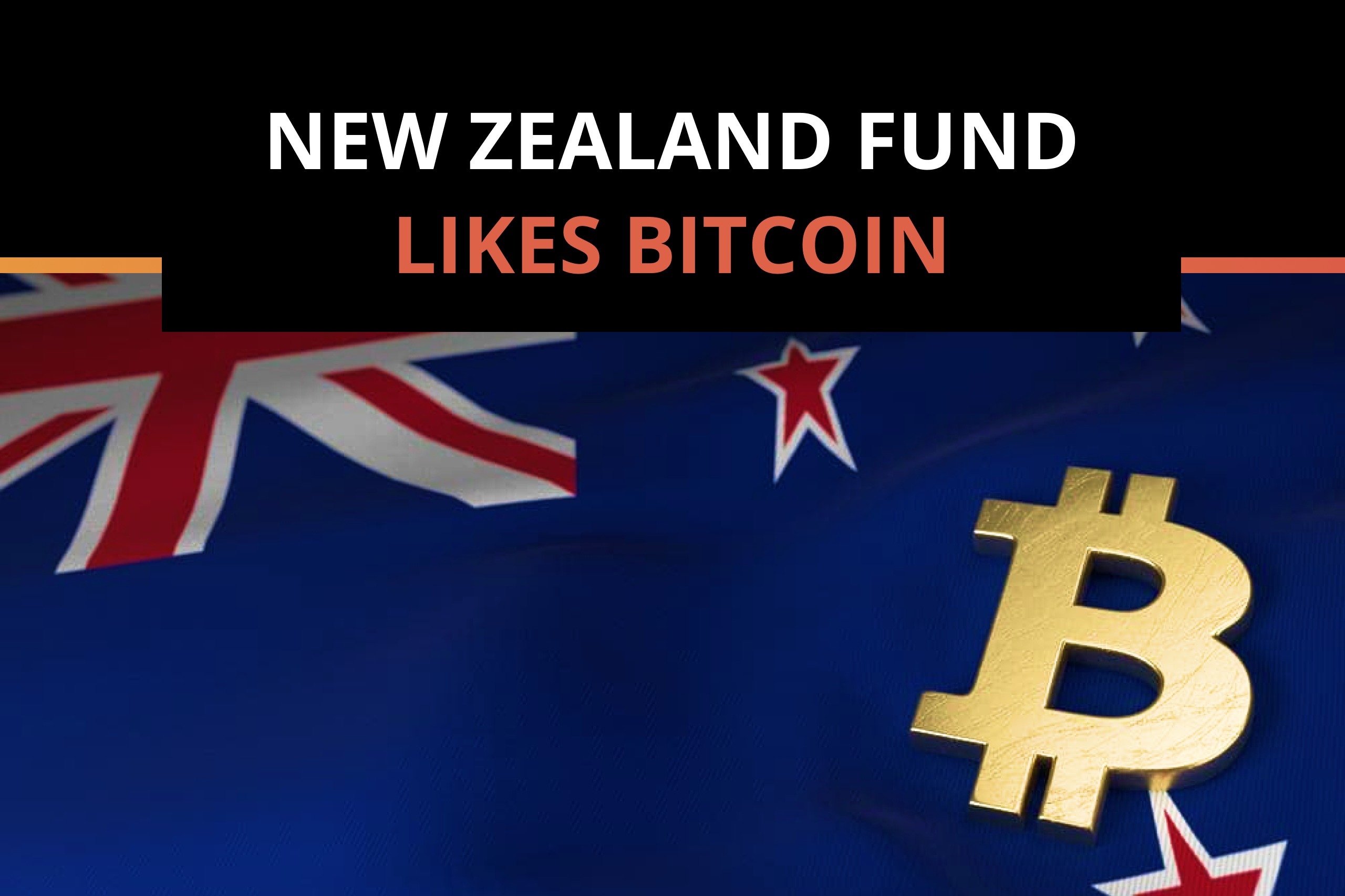 It is almost more than one year ago when Bitcoin hit the price of $4000 with the overall fear prevailing on the markets. Probably this is the last time we have seen such prices and today we experience increasing Bitcoin interests from companies to reduce their cash exposure. Except for big companies New Zealand is the first country admitting their retirement fund Bitcoin allocation.

KiwiSaver Growth Strategy fund (New Zealand), which had investments worth just over $350 million​ at the end of December has reportedly allocated 5% of its assets to Bitcoin (BTC). This is underscoring a continuous inflow of institutional investors entering the digital asset space.

adding that KiwiSaver will add bitcoin to more products over the next five years.

What were the reasons for entering the crypto trade? James Grigor, the chief investment officer at the New Zealand Funds Management, said that one of the biggest reasons for joining the trade is Bitcoin’s bewildering similarities to gold.

“If you are happy to invest in gold, you can’t really discount bitcoin,”

New Zealand fund is in profit with Bitcoin

Grigors firm purchased Bitcoin in October for the first time. The price of bitcoin was $10,000 that time.

Bitcoin price peaked north of $61,000 at the beginning of March. This would give KiwiSaver a 6x return in five months. The price of Bitcoin has alleviated over the past week, but the pension fund is sitting on hefty BTC profits anyway.

Grigor explained that KiwiSaver is “majority built up through traditional asset classes,” and added that “other opportunities present themselves.” Bitcoin can be considered as an asset class that could help “give people the best retirement they can get” through its massive compounding.

Michael Sonnenshein, the CEO of Grayscale in the United States, has noted that pension funds are already entering digital assets. He said: “The sizes of allocations they are making are growing rapidly as well,”