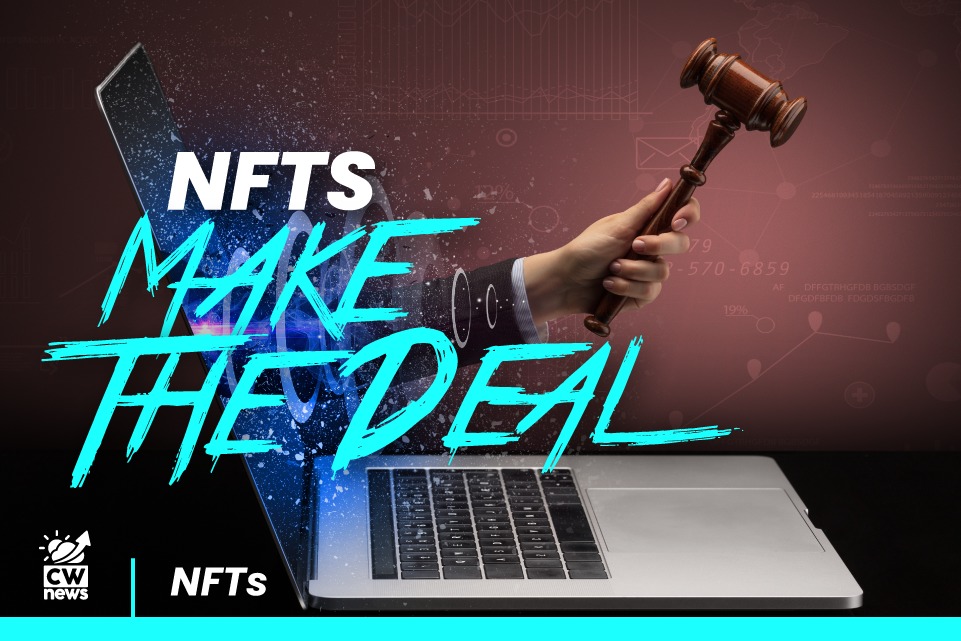 NFTs are fueling a boom in digital art. NFT auction creates an interesting but also significant part of NFTs. The craze around NFT auctions blasted off the Beeple NFT sale, which took place a few weeks ago. The Beeple NFT auction was Christie’s first-ever sale of purely digital artwork. Continue reading if you want to know more.

What is actually an auction

An auction is basically a sales event where potential buyers place their bids on assets in an open or closed format. Auctions are popular as buyers and sellers believe they will get a good deal buying or selling various assets.

Auctions are often considered synonymous with the sale of antiques, rare collectibles, and paintings. They are also used in investment banking. The process starts by inviting multiple buyers to the auction. More prospective buyers usually translates to competitive bidding that pushes the price higher. This enables maximizing the bank’s profit from the sale. But most buyers prefer sales over the auctions because they actually have more control over the purchase price.

What is the History of Auctions?

The origin of auctions can be traced to approx. 500 before Christ, in ancient Greece. Women were auctioned off for the marriage. It was actually illegal for women to get into marriage by skipping the auction, during this period. The auction was started by the sale of the most beautiful woman among all the women being auctioned that day. The auction followed an unusual descending pricing method. It began with the highest price and went lower until the lowest bid was found. As long the bid price was more than, or equal to, the reserve price set by the seller. The buyers were allowed to refund their money if they could not get along with their new wifes.

In the USA auctions were used to sell farm produce, estates, and slaves. In the American Civil War when soldiers returned from war they sold their war plunder through auctions. Not everyone was allowed to sell the spoils of war. The only soldiers who were allowed to do so were those holding a rank of colonel or higher. The business of auctioneering rapidly grew during the Great Depression. The reason was that many people became poor and bankrupt. They were therefore forced to liquidate their assets and auctions helped them and other people who were affected by the crisis to sell their assets quite quickly.

There was a need for qualified auctioneers. This forced the auctioneer Carey Jones to establish the first auctioneering school in early 1900. The school was located in Davenport.  And was known as the Jones’ National School of Auctioneering and Oratory.

The development thanks to technology

With the growth of technology in the 1990s, auctioneers started using computers, cell phones, and fax machines. This was to increase the efficiency of the trade. Some auctioneers took photographs of their items and projected them onto big screens. Thanks to this, could the potential buyers get a clear view of the selling items.

eBay was the first online bidding site, opened in the United States, setting a new stage for the auctioneering business. eBay started in 1995. Online auctions are popular for sellers because the huge number of potential bidders makes it easier for them to get a good price for any item they have to sell. Buyers like having a wide range of products to choose from. They are able to find actually anything they’re searching for to buy.

Some traditional auction houses have already started to get in on NFTs.

Christie´s is an auction house that was founded in 1766. In February Christie´s made its first step into NFTs and put the hammer down at $69.3 million for a work by NFT artist Beeple, bought by an unassuming entrepreneur in Singapore working out of his apartment.

“Created over 5 000 days by the groundbreaking artist, this monumental collage was the first purely digital art NFT ever offered at Christies.”

On the first of May 2007, Beeple, whose original name is Mike Winkelmann posted a new work of art online. He did the same thing the next day and many others again, creating and posting a brand-new digital picture. He called it ‘everyday’, every single day for 13-and-a-half years. All the pieces have been brought together in Everyday´s the first 5000 days, a unique work in the history of digital art.

Between 12 and 14 April, Sotheby collaborated with digital creator Pak. They both– launched a three day auction of Pak’s NFTs. The collection, known as ‘The Fungible’, was sold exclusively through Nifty Gateway, which is the leading marketplace for NFTs.

Generally, the sale was divided into three categories:

The sale generated $16.8 million in total,  in three days across the open editions and the two auction pieces.

Other famous marketplaces also jumped into the NFT auctions just like OpenSea or Raribe.

A group of crypto fans has burned an original piece of Banksy artwork to create an NFT. The piece will be auctioned on OpenSea.
The piece first came out as a screenprint in 2006. It shows an auctioneer conducting a sale for a piece of artwork that states, “I can’t believe you morons actually buy this shit.”

The team behind the stunt shared two photos: one of the piece itself and the second of an authenticity certificate. The certificate shows the edition 325 of 500, suggesting it was part of the Picture of Walls run. The group claims that the certificate was provided by Pest Control, Banksy’s official authenticator.

The NFT buyer can claim the certificate within two weeks after sale. The group says that it will be burned after that like “Morons” itself was.

The tokenization of a burned piece of art is a first for the NFT space.

But the real Banksy has not yet made a known move onto the blockchain. His work has been a reference for some using NFTs to share their artwork.

An NFT auction is a great way for both seller and buyer to get the best deal!

and if the NFT Real estate is the new trend?