Trade Race Manager as the next big blockchain NFT game? 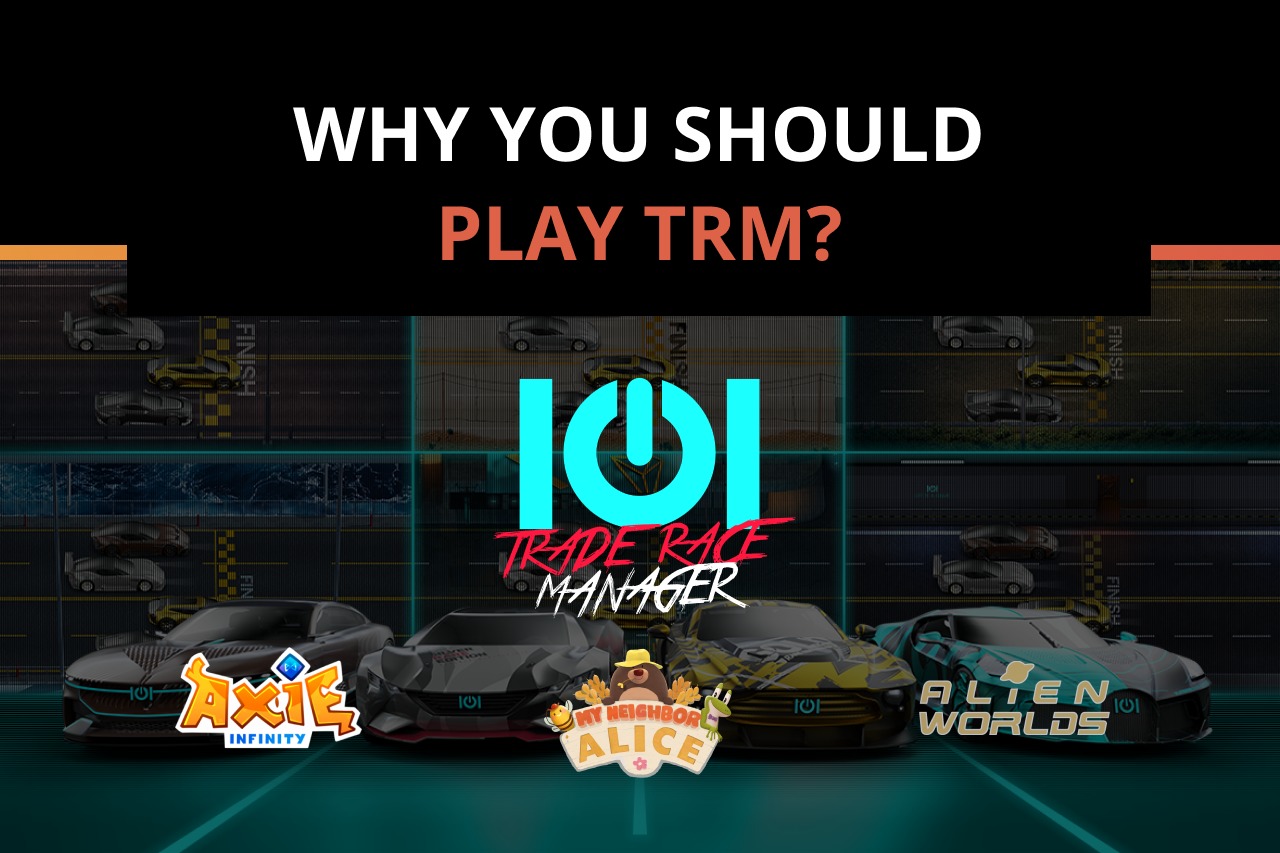 The world is changing faster than you can imagine and during the last year especially the covid forced us to do things differently and thanks to the blockchain elements we can.

The NFT market is booming and its utility is gaining popularity with the growth of the market. Despite that, there are not many gaming platforms with viable products.

NFT as a collectible is reaching the interests of the community, but for gaming, you have to build something players enjoy. It takes time but there are some of the exceptions on the market like Trade Race Manager, Axie Infinity, My Neighbour Alice or Alien Worlds. Sure there are more but these ones have attracted our attention recently.

One most popular blockchain NFT game is called Axie Infinity and features battles between the small Pokémon-esque creatures called “Axies.”

Unlike traditional gaming, Axies are blockchain-based and unique. Just as Bitcoin ushered in scarce digital value, non-fungible tokens (NFTs) on the Ethereum blockchain add value to art, music, and gaming.  Everyone can earn tokens here through skilled gameplay and contributions to the ecosystem. Axie Infinity players can earn by battling, breeding, and trading NFT creatures called Axies. When you win an Axie battle, the reward is an in-game token called Small Love Potion or Axie token AXS. These tokens can then be exchanged for other cryptocurrencies.

Besides battle, collect, raise and build a kingdom for their pets, which may have various forms (aquatic, beast, bird, bug, plant, and reptile parts = also known as Axies in general), players can also start the game by purchasing Axies from other players on the Marketplace.

The key difference between Axie and a traditional game is that Blockchain economic design is used to reward our players for their contributions to the ecosystem. This new model of gaming has been dubbed „play to earn“. Axie has attracted thousands of players from developing countries in the pursuit of a new income stream during the Covid pandemic. Our unbiased opinion is that this game has its target audience more from children or younger communities and it’s obviously gaining the Pokemons community.

My Neighbour Alice is another NFT game, where anyone can buy and own virtual islands, collect and build exciting items and meet new friends.

Players can trade their land and other items, such as houses, fences, animals, and plants in the virtual in-game marketplace. Avatars are used to represent players in the game. Players can customize and personalize their avatars.

My Neighbour Alice is the first attempt to create a truly public application with an exciting plot that would attract first ordinary players, secondly blockchain enthusiasts and DeFi nerds. The game will have a reputation system that rewards players as good landowners with increasing benefits..

It will enable various possibilities for players to work on a shared goal and join resources to complete fun activities. For example, the game will enable community-created events where players will participate in activities and competitions and much more.

My neighbour Alice is not fully released despite the token is. You can test  it on the Steam application. The creators expect the full game to be released in spring 2022. This game has a similar audience like already known Decentraland. It has its audience but according us is missing the in-game excitement.

Alien Worlds is defi NFT metaverse where you can collect and play with unique digital items. Explorers can earn or buy NFT packs. Explorers earn through game play and by participation in Planet DAOs. You can farm Trilium and NFTs within Alien Worlds by playing the mining and fighting games and by owning land where you charge rental commission. Planets are also free to pay out Trilium.

Trilium is the cross chain ERC-20 / BEP-20 / WAX fungible token of the metaverse that tracks power. Earn Trilium in the game and stake Trilium to a Planet DAO to vote in that Planet’s elections. Planets might decide to pay to stakers.

You can buy NFT game cards on secondary markets. In addition, you may also receive an NFT game card while mining for Trilium in the game. The NFT game cards that have been created by the Federation include Land on Planets, Tools, Weapons, Avatars, Minions and Artifacts.

The game has gained a lot of attention recently due to TLM token Binance listing and has partnered with known companies in the industry. According to the roadmap this game has still a lot to come hence we think it can obtain a market audience with positive future.

Crypto traders have also a huge community across this industry and they were the first besides  the nerds which spread the word about cryptocurrencies.

But can you imagine to trade without stress and experience a lot of fun. The Trade Race Manager is exactly the right blockchain game. The idea has arisen more than one and half years ago by a group of blockchain enthusiasts and traders. How to make money even during the bear markets while playing the blockchain game?

The idea behind the NFT game is very straightforward and you can become the racer or owner.  You pick the car as NFT which brings you also rewards just for racing without even winning. These are the staking rewards.

Trade Race Manager is different and it drags the player into the game. TRM is unique as the player has the motivation to go further. Gamers can start as a Racer and they can easily become an Owner what brings him various benefits:

Trading becomes entertaining as TRM connects cryptocurrency traders and promotes them to racers. The target audience of Trade Race Manager are except for the more experienced players, also less experienced players. The team developed a game, which is  basically applicable for everyone.  Every player likes racing or trading.

The basic NFT game family implemented step by step will be:

You will be able to profit from holding all of these items or use it in the game. If you decide to sell there will be markeplace released soon. Nowadays the company is using Arkane Network for special edition NFTs possible to buy even via Paypal.

We think of this game as a future potential with a huge possible audience. We mostly like that they build the game mechanics as the first most important point and after or during that period focus on token. The TRM team has done a great job with the IOI marketplace, IOI game, IOI wallet and IOI NFT family. The team is aiming to develop a long term platform bringing excitement for everyone playing with the NFT items across various games.

This is just an unbiased market research competition analysis. This market is just at the beginning, therefore there is still new competition growing fast. The strategy can be changed to a cross-game NFT utility. Many game partnerships are evolving. 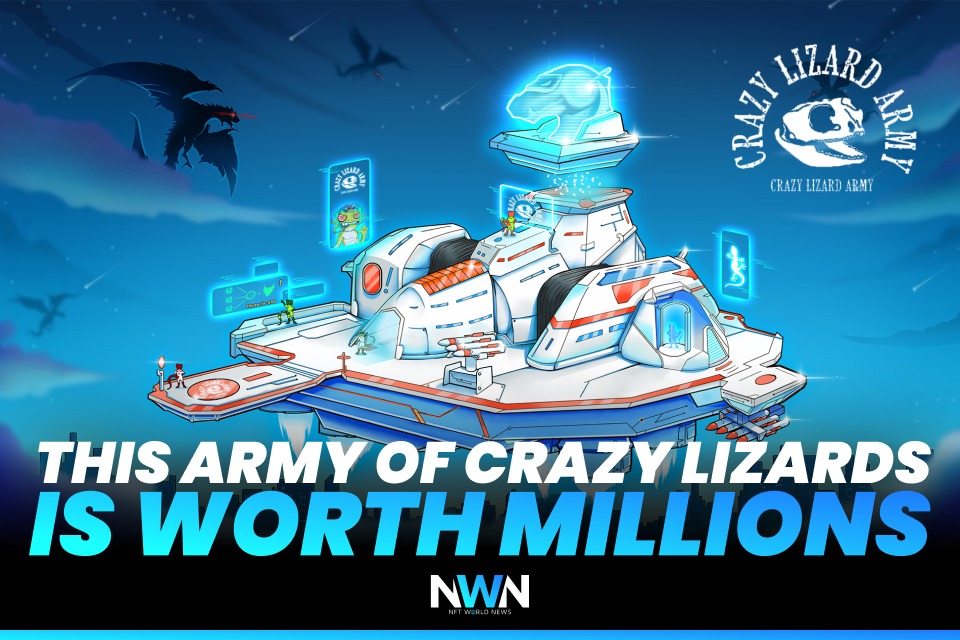 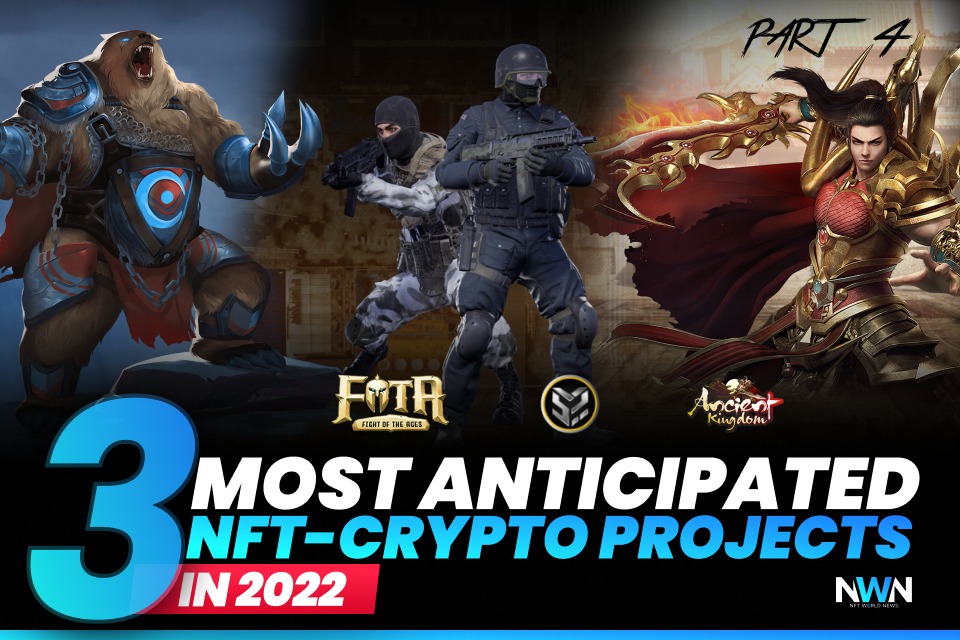 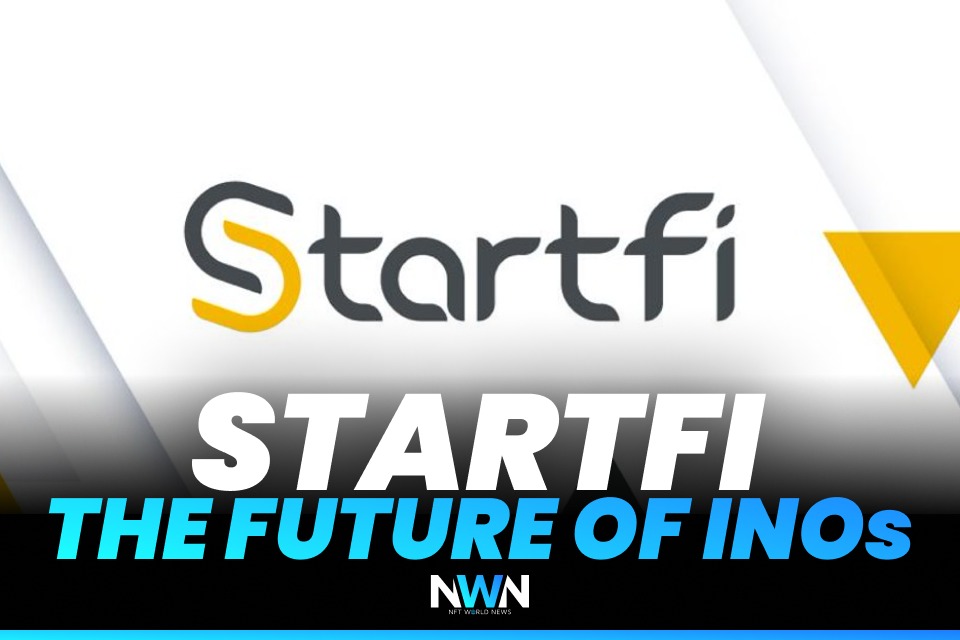 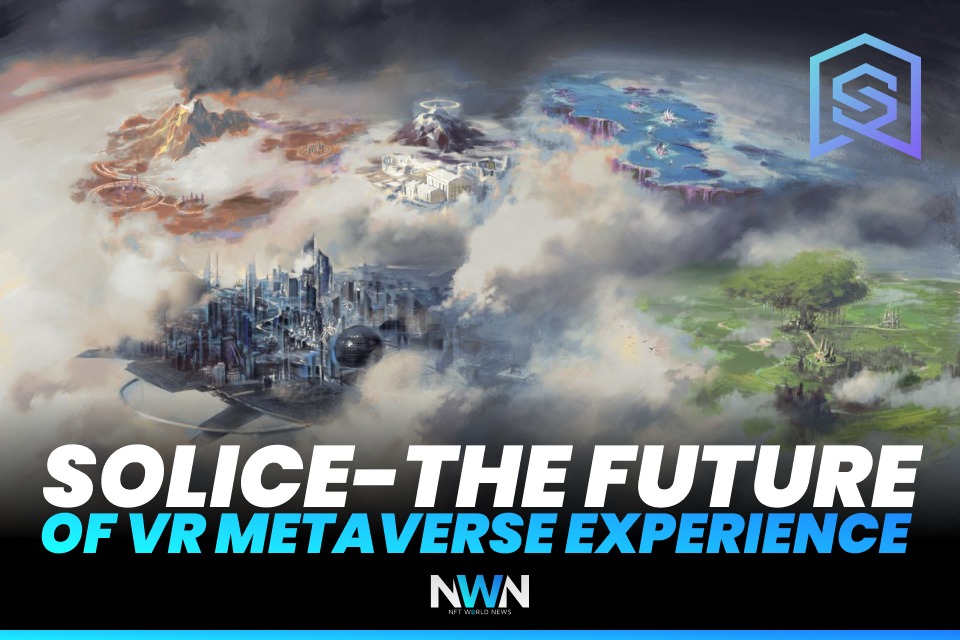 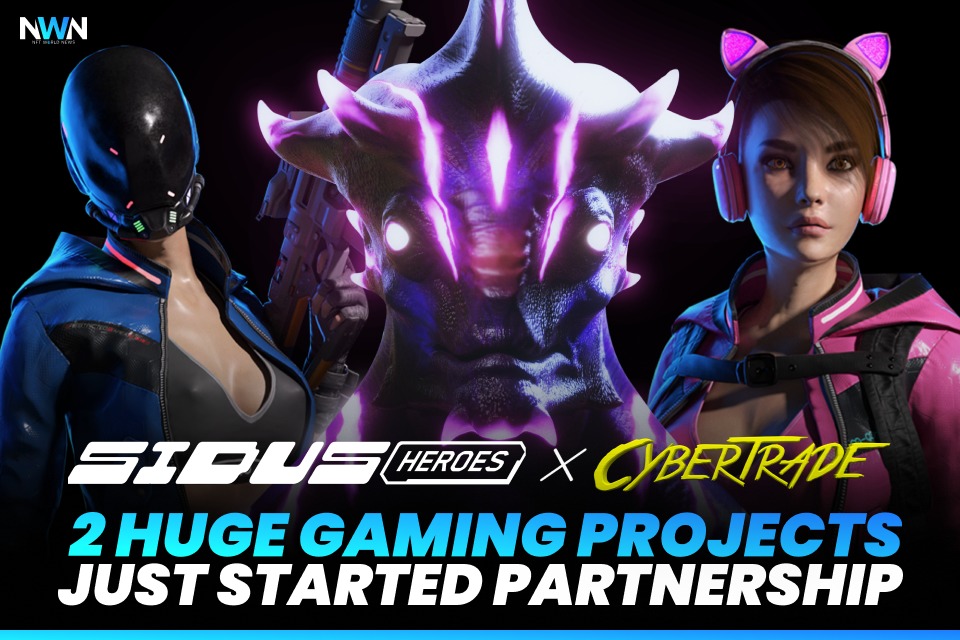 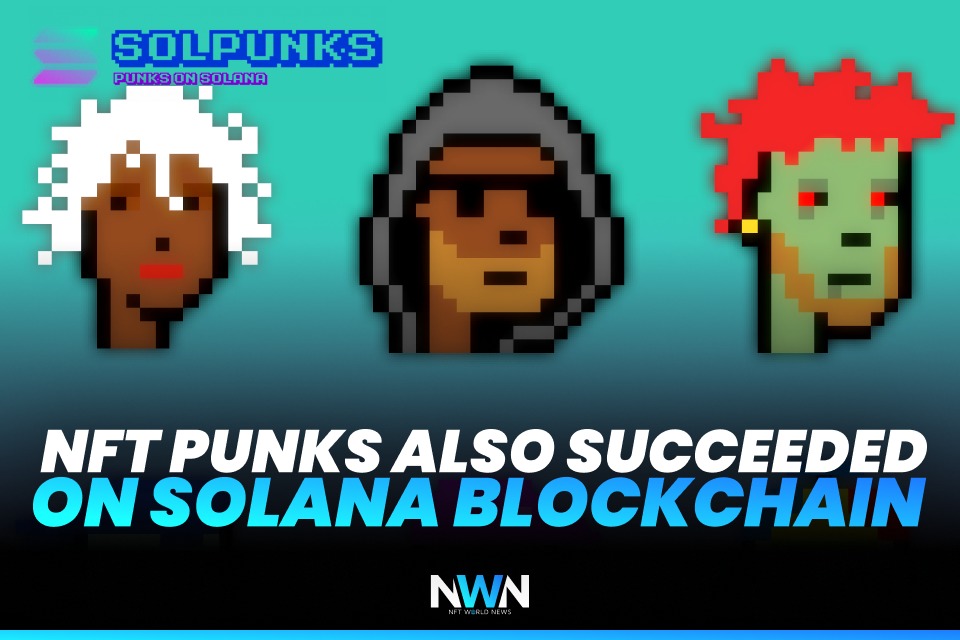