NFT market is in a downtrend. Is the hype over? 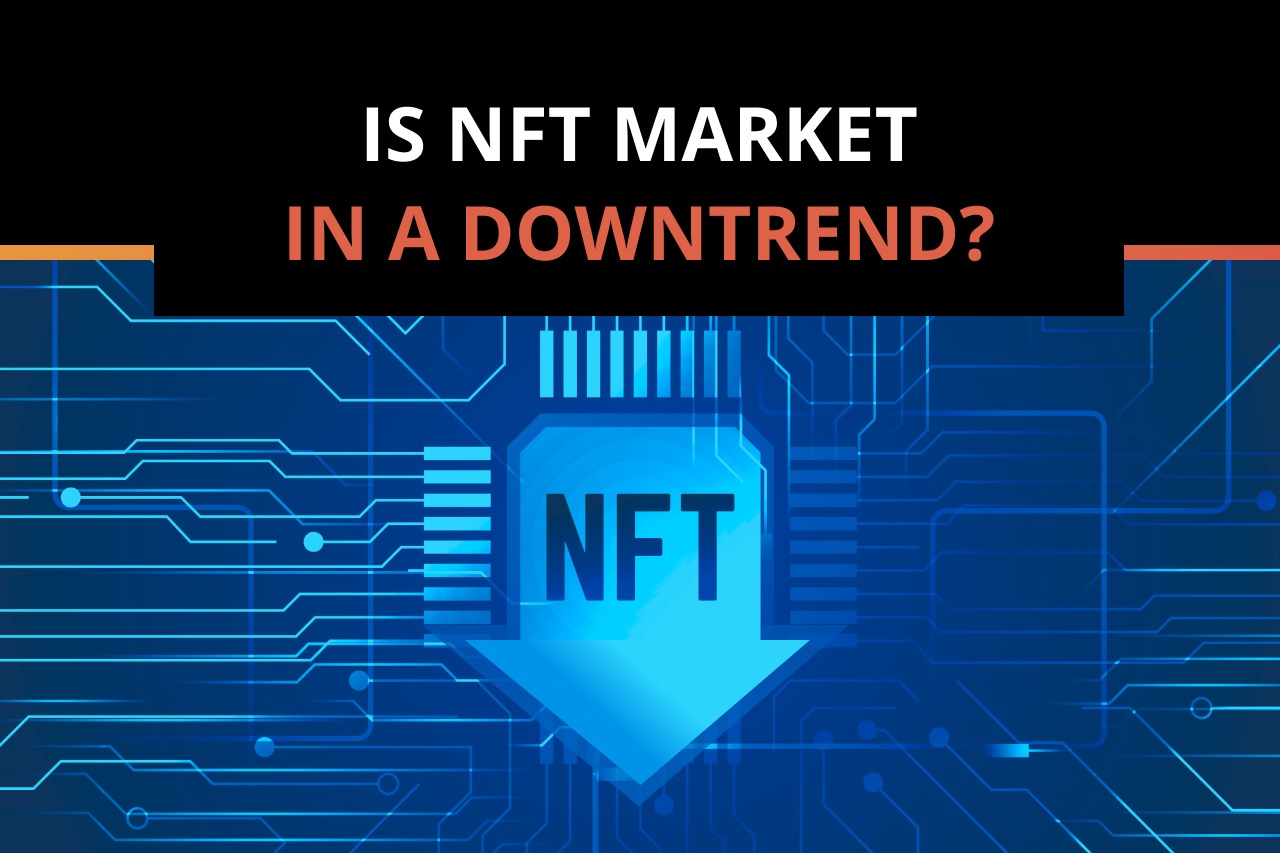 It seemed impossible for the digital art market to calm down a few weeks ago. The whole of February, the non-fungible token (NFT) mania was in the full spotlight, with the craze reaching its peak with the record-setting $69 million in the Beeple auction. At its peak, even Tesla’s CEO and a crypto fan, Elon Musk tweeted about selling his NFT.

As the news began to wear off and speculators moved on, the NFT market has been in a continuous downtrend. Sales figures across online marketplaces for digital art and collectibles have dropped markedly. It probably happened because of exposing the absence of organic demand in the NFT space.

According to figures from NonFungible, the average daily value of NFTs sold across marketplaces fell from $19 million to $3 million on March 25th. What entails an approx. 85% decrease.

In the past week alone, the gross amount of sales and unique buyers declined by 30% and 35, respectively. Is the NFT space experiencing a temporary pullback? Or was its hype merely a flash in the pan? We think its just temporary pullback. One of the reason is that there is capital flow in to the alt coins hence alt season may start soon.

NBA Top Shot is an NFT marketplace for NBA trading cards. It has seen the total value of NFTs in circulation (represented by total market capitalization) shed $800 million — dropping from a high of $1.85 billion to $1 billion.

However, it is interesting that the demand is still relatively healthy in the primary market. New releases from Top Shot continue to sell out almost directly. Considering this, it’s likely that the speculative madness for NFTs had overheated the market — leading the space to only experience a temporary pullback.

This also seems to be a sentiment shared by venture capitalists. Dapper Labs, the parent company of NBA Top Shot, recently raised $305 million in funding. Despite the recent pullback, other NFT marketplaces such as OpenSea have raised funds to expand their businesses. This is clearly a sign of confidence from investors, as they have bet on the long-term sustainability and growth of the NFT industry.

More likely than not, non-fungible tokens will continue to exist within the broader crypto ecosystem. Whether it will surpass its recent highs anytime soon, however, remains to be seen.

NFT investment fund is planning an IPO in London

Jonathan Bixby and Mike Edwards, two enterprising individuals, are planning something the world’s never seen before: an initial public offering on a London-based stock exchange…for a fund whose business is investing in NFTs.

NFT Investments, their firm that invests solely in NFTs, is planning an IPO this year on the Aquis Stock Exchange in London, noted financial outlet Bloomberg this morning.

The duo has previously founded and taken public companies involved in cryptocurrency mining, esports, and cannabis, and is now turning their attention towards NFTs.