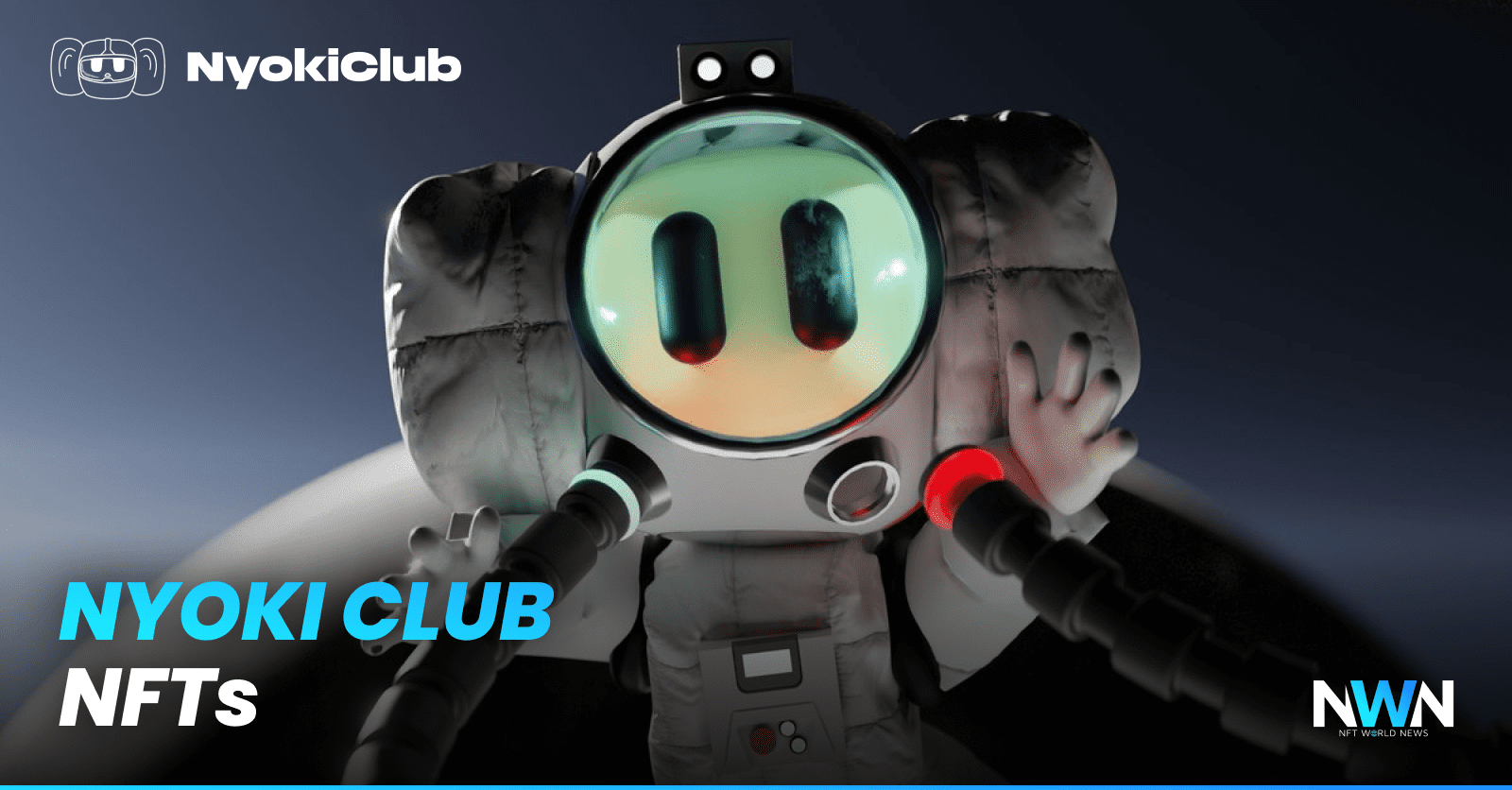 Some projects possess significant originality in the middle of all the Ape-like or pixelated digital art boom. One of those projects is called Nyoki Club as it came to life at the beginning of 2022. This NFT project is like no other. Let’s dive in.

related: These NFTs Cost More Than Your Salary

Comet Nyoki brought countless distinctive and unique small species from another universe to Japan. These little creatures were named after the comet that crashed down on Earth. The Nyokies have lived their secret lives on Mount Fuji for several years, but in current times they are all ready to explore the streets of Tokyo… and eventually the world!

Special Nyokies have been created by the founders of Nyoki Club, which include 2,732 characters in 3D and 4K resolution. Nyokies look like big clay-modeled bears and have a bulky body, low shoulders, prominent ears, and large vertical eyes. With nearly endless combinations, all Nyokies are guaranteed to be unique and seamlessly lovely.

Nyoki Club NFTs are available for trading on Opensea with a current floor price of 0.03 Ethereum (ETH) and a total trading volume of more than 450 ETH since its launch. Nyoki Club is not just about the art. The project has clearly stated many utilities of their NFTs on Nyoki Club website.

NFT holders cant mint The Kikai Capsule for free. This Capsule has a limited supply and it will double the number of tokens that will be distributed to Nyoki hodlers. That’s right, Nyoki Club has its own cryptocurrency, called Nyoki Token. Like the Kikai Capsule, The Nyoki Badge will also be a free mint but this time, not only Nyoki holders but everyone will be able to mint Nyoki Badge.

If a holder gets a chance to mint both Kikai Capsule and Nyoki Badge, they will get 5x tokens for each Nyoki they own. The Nyoki Token will be developed a couple of weeks after the Nyoki collection is revealed. Nyoki token will be available as a payment method in the Nyoki Store, which will be launched later on.

Nyoki aims to create the first-ever fully detailed 3D Nyoki prototype. Since they started this adventure, all they have ever wanted is to be able to make Nyoki a global brand. To achieve this, they need a prototype. The first thing they’re gonna do after finishing the Mint will be to prepare the Nyoki prototype. This prototype will be the first step they have taken for the production of Nyoki figures. Nyoki Club team has done some homemade work on the prototype and they look forward to sharing them with you.

To see all the other phases 3,4,5 and more, go to their website and check it out!

Nyoki Club is an interesting NFT project with several utilities with an aim to become a real brand. This is proof of how NFTs can change the world for the better. There are no limitations to stop people from creating anything they want.

Can You Make $20 Million With $20 From Crypto Trading?