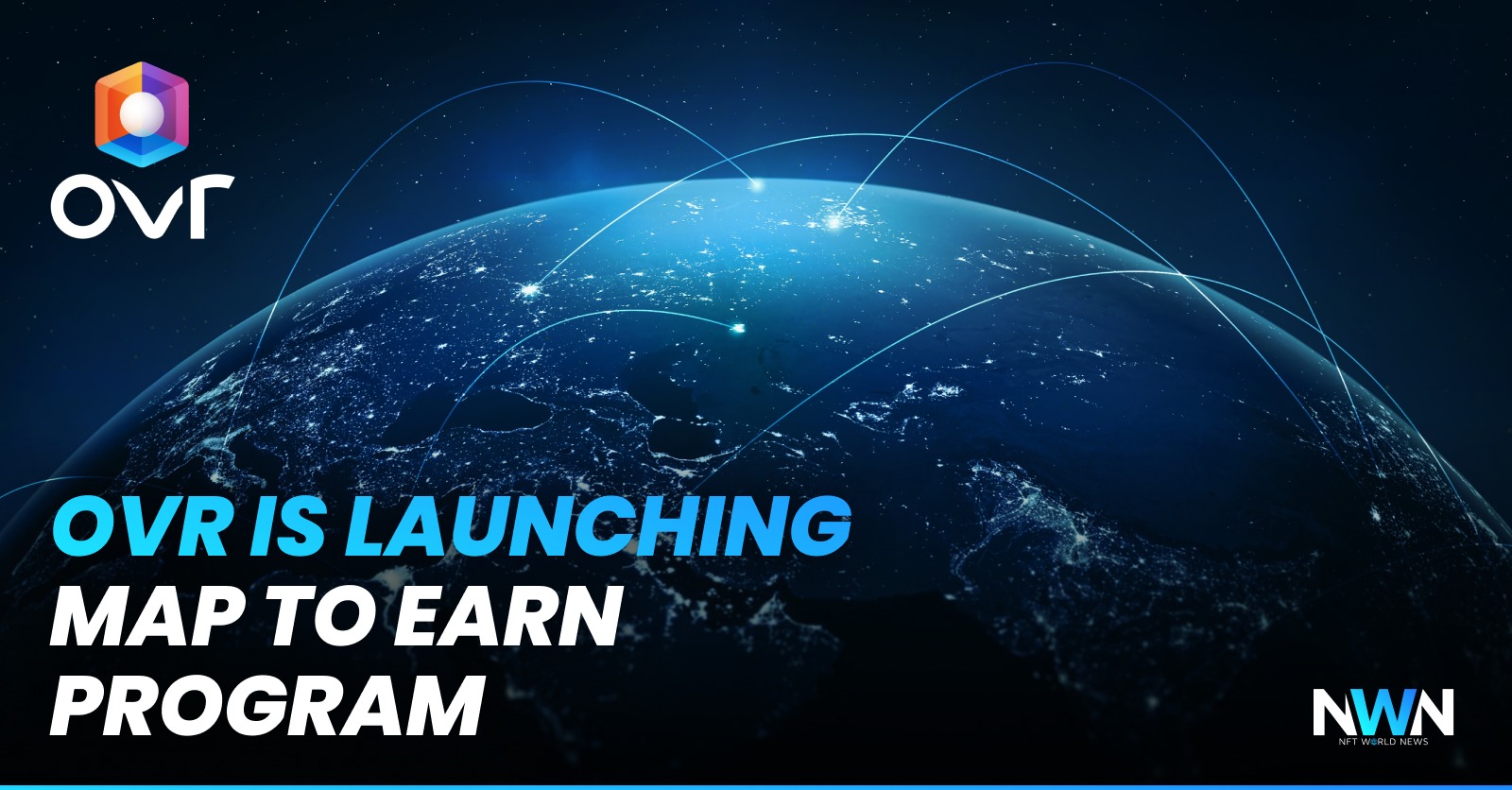 OVR is a platform for geolocalized augmented reality (AR) & virtual reality (VR) experiences based on the Ethereum (ETH) blockchain. This project allows creating, hosting and visualizing on mobile AR & VR content. We wrote about OVR a little while ago here as they were planning to launch their map to earn feature, and now it’s becoming a reality!

you might wanna read this: 11 Year Old Boy Sold Out His First NFT Collection

However, OVR wants to make this bridge more effective and, bring geographic coordinates into the Metaverse and bring a 3D structure of the physical world onto the blockchain. The powers of artificial intelligence (AI) can help generate a 3D map of the physical world. All OVR users can potentially contribute to creating the biggest detailed 3D map of the real world by simply using a smartphone.

Axie Infinity demonstrated what the potential of play-to-earn (P2E) is. It enabled a big number of players to earn a living in the Metaverse while creating social inclusion between some of the poorest populations on our planet. OVR will take this one step further and it will enable a crowd of OVRLand Mappers to earn OVR tokens by simply scanning physical locations with the smartphone they have in their pockets.

OVR as the infrastructure for the AR Metaverse is built on 3 main layers:

Just like OVRLands, OVRMaps will be ownable NFTs, OVRLand mappers will generate an NFT every time they scan an OVRLand. The OVRLand Mapper can be anybody with a smartphone, whether he owns or not the OVRLand that is mapped. It will be possible to sell OVRMaps on the market just like it’s possible to sell OVRLands.

Mapping will be an important job inside the OVR Metaverse, converting the time and efforts of OVRLand mappers into a valuable asset (OVRMap NFT) that’s owned by its creator. OVRMaps will generate revenues if the owner or renter of the OVRLand will activate the precise localization feature.

There are 3 main paths for the OVRMap creation:

1. OVR sponsored Open to Map areas – OVR will subsidize OVRLand mapping for the most famous locations in the world. OVR will create bid offers to buy OVRMap NFTs from OVRLand mappers.

3. Community-driven mapping – OVR users will scan locations that they deem valuable and offer the OVRMap NFTs in the secondary marketplace or retain those for the expected future cash flows.

Finally, OVRLand mapping will be additionally incentivized by a monthly Chainlink-powered extraction with a prize in OVR tokens. The more the OVRMaps a user will generate the higher the chances to win the prize.

Register here for their Alpha Test

OVR is a true example of innovation that is needed in this world. Using traditional ways and combining them with blockchain, cryptocurrencies, and NFTs can efficiently improve certain things, and in their case, it’s AR & VR mapping and much more. Let’s see how big of a success this project can be!

Evan Luthra On The Future Of Crypto: Interview