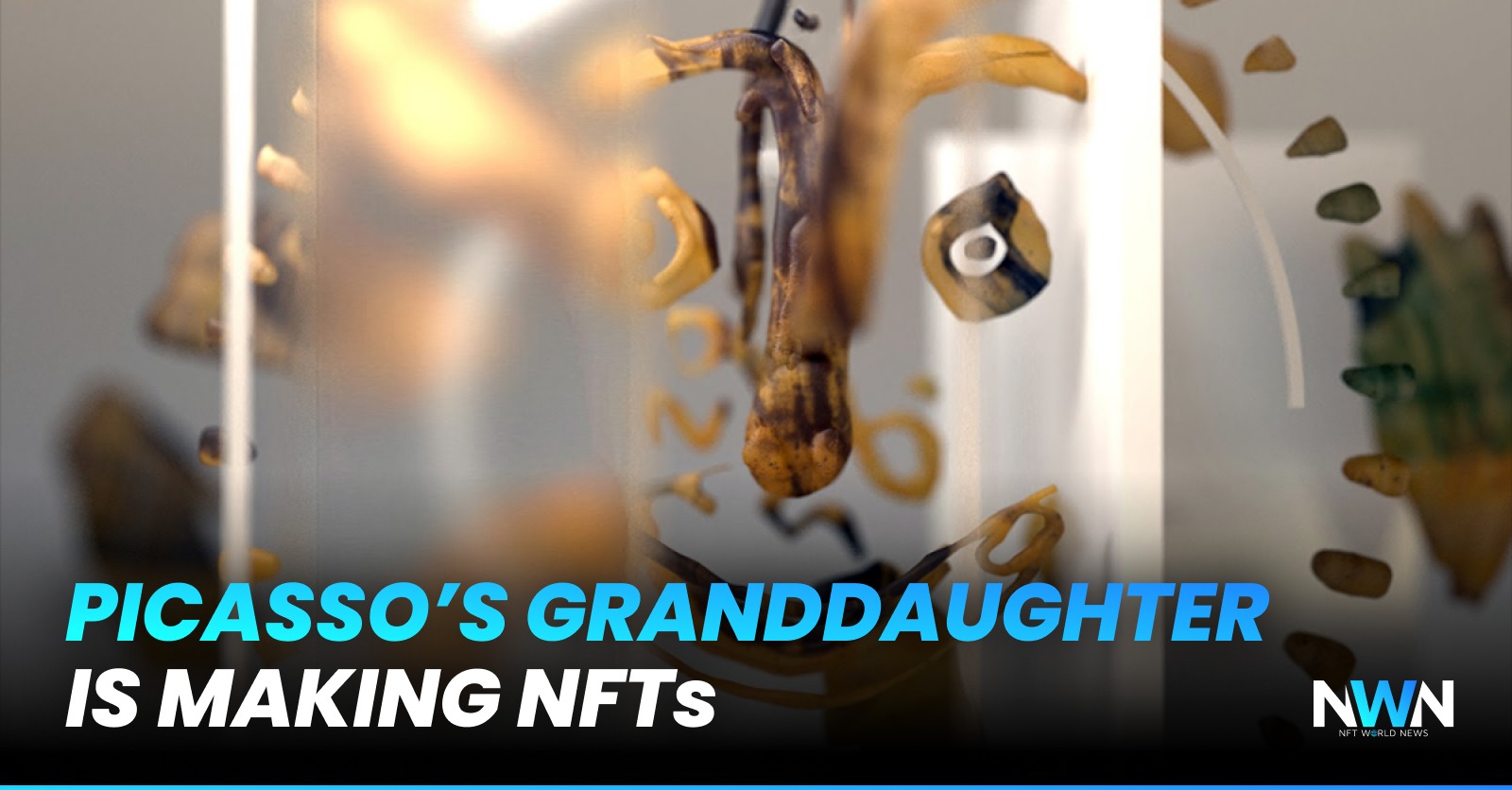 Marina Picasso, the granddaughter of famed painter and artist Pablo Picasso, delivered a statement on YouTube in response to her and her adopted son Florian’s Ethereum NFT collection after a family feud became public. In the video, she stated her support for NFT technology and revealed that her uncle, Claude Picasso, has now joined the project’s board of directors. Marina stated that she and Florian will “continue to make NFTs” in the future.

related: The Son Of John Lennon Is Releasing Beatles NFTs

Picasso’s family members were outraged when they learned that Florian Picasso, a DJ,l and Pablo’s great-grandson, was releasing a collection of NFTs influenced by one of the iconic artist’s ceramic bowls.

In January, a lawyer for the Picasso Administration, which administers works owned by three of the artist’s children and two grandchildren, stated that any so-called Picasso NFT launch would be “counterfeit” since the administration’s head, Claude Picasso, had not approved it.

Marina stated that “Unfortunately, our opinions were not conveyed as they should have been, and there was a genuine misunderstanding that didn’t assist anyone,” Marina said in the video. “I have my uncle, Claude Picasso, on my side… “He’s dedicated his life to defending my grandfather, his father’s ancestors”.

Marina added that Claude has now “sponsored” the NFT collection and that the family “will continue to generate NFTs.” According to a Picasso Administration lawyer, only Claude could authorize the NFT request in January as an official Pablo Picasso NFT project.

She said: “Honestly, all my son, Florian, and I wanted to do was pay honor to my grandfather, Pablo Picasso”. The initiative began when Florian, who is “crazy about NFTs,” suggested the concept to his mother.

“I investigated it and discovered that it is a new tech that helps us to connect with art,” she explained.

They collaborated to create a collection of over 1,000 animated NFTs featuring a grinning, googly-eyed sun with a halo of light that spins in circles.

The collection, titled “Man and the Beat,” is set to an upbeat soundtrack by John Legend, Nas, and Florian. In the chorus, Legend sings, “Hello to tomorrow (hello, hello) / can’t wait to get started (hello, hello).” Nas raps at one point: “On a yacht, yep, everything top-tier, Pablo Picasso, art, and Nas here.”

The collection is still hosted by the decentralized marketplace Origin Protocol on a dedicated website. Since Decrypt initially revealed last week that only 10% of the collection had been sold, not much has changed as of today.

NFTs are one-of-a-kind tokens that exist on blockchain networks such as Ethereum or Solana and they are used to demonstrate ownership of a digital or real asset. Each token in the Marina and Florian Picasso NFTs represents ownership of an.mp4 piece of art influenced by one of Pablo Picasso’s renowned bowls. Will you get some Picasso art in a digital form?