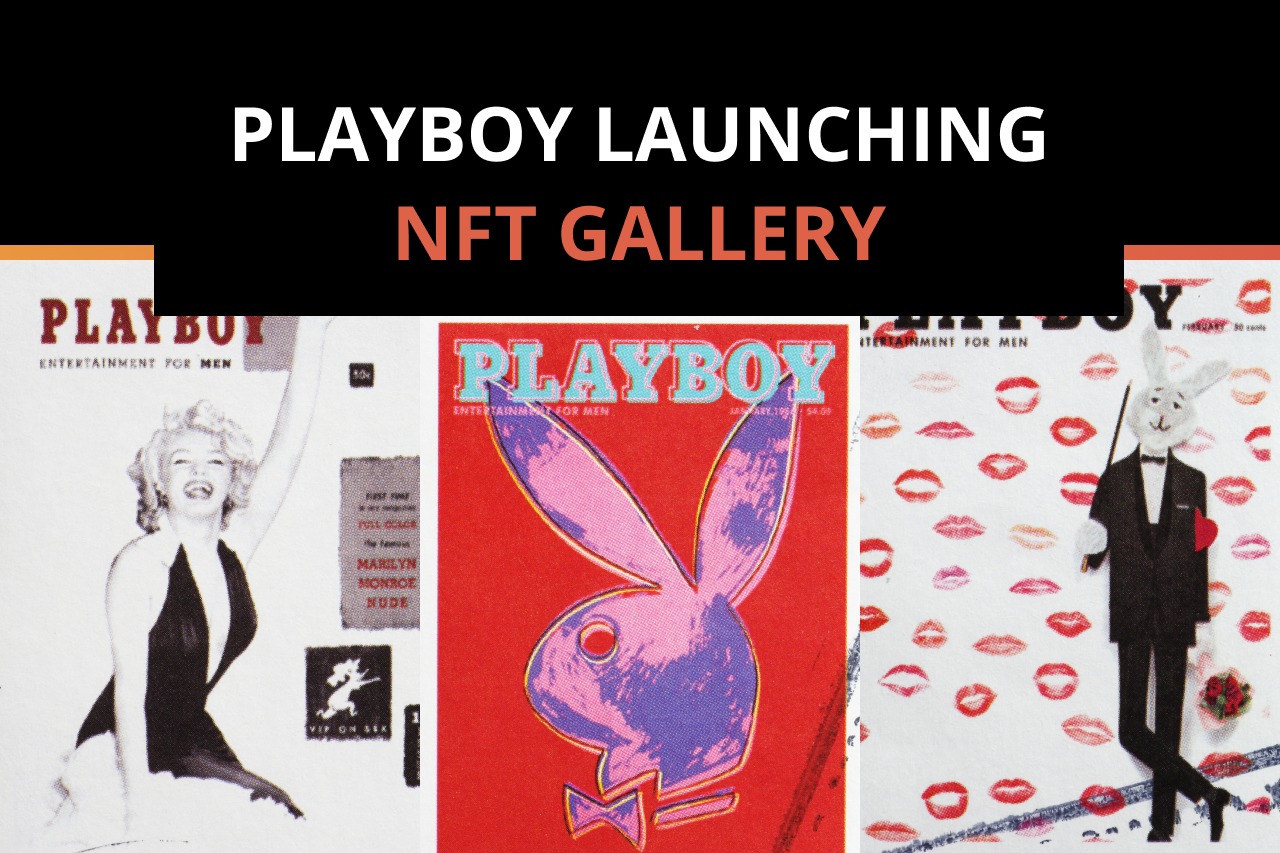 NFT goes through the busiest and most significant period. It was just a matter of time when Playboy entered the Non-Fungible Token craze as well. The American entertainment magazine has announced it is launching a Non-Fungible Token Art Gallery and a partnership with the Ethereum-based platform Nifty Gateway.

Nifty Gateway is one of the leading NFT marketplaces. It is the premier marketplace for Nifties, which are digital items you can truly own. Digital Items have existed for a long time, but never like this. Nifties live on a blockchain. No one can ever take them away from you, not even the person who created them.

Playboy has announced the partnership with Nifty Gateway on the 6th April 2021 in a tweet:

„We’re excited to announce a new partnership with @niftygateway, the premiere platform for NFT art.“

The art gallery will feature an extensive collection of art and photography that spans almost 70 years.

„We are thrilled by all of the innovation and access the blockchain can bring, and a big piece of our work will be supporting artists as collectors and via upcoming grants. We’re here to learn, support the community and innovate together.“

A change in the brand’s image

The magazine has gone in a more progressive direction since the family of late Hugh Hefner sold its last shares in Playboy Enterprises in August 2018. The crew of millennial editors gave it a new look.

After its heyday in the 1970s, the magazine is now trying to reinvent itself and find new audiences with Non-Fungible Tokens.

„We see the digital asset revolution as an enormous business opportunity. We see huge growth potential in integrating tokens into our streetwear business, our live experiences, and events, creating a social token economy with our network of talent.“

NFT could mean a new stage for the American entertainment magazine. And we think this could be a fresh and significant novelty for Playboy. Will see how this step will move along.