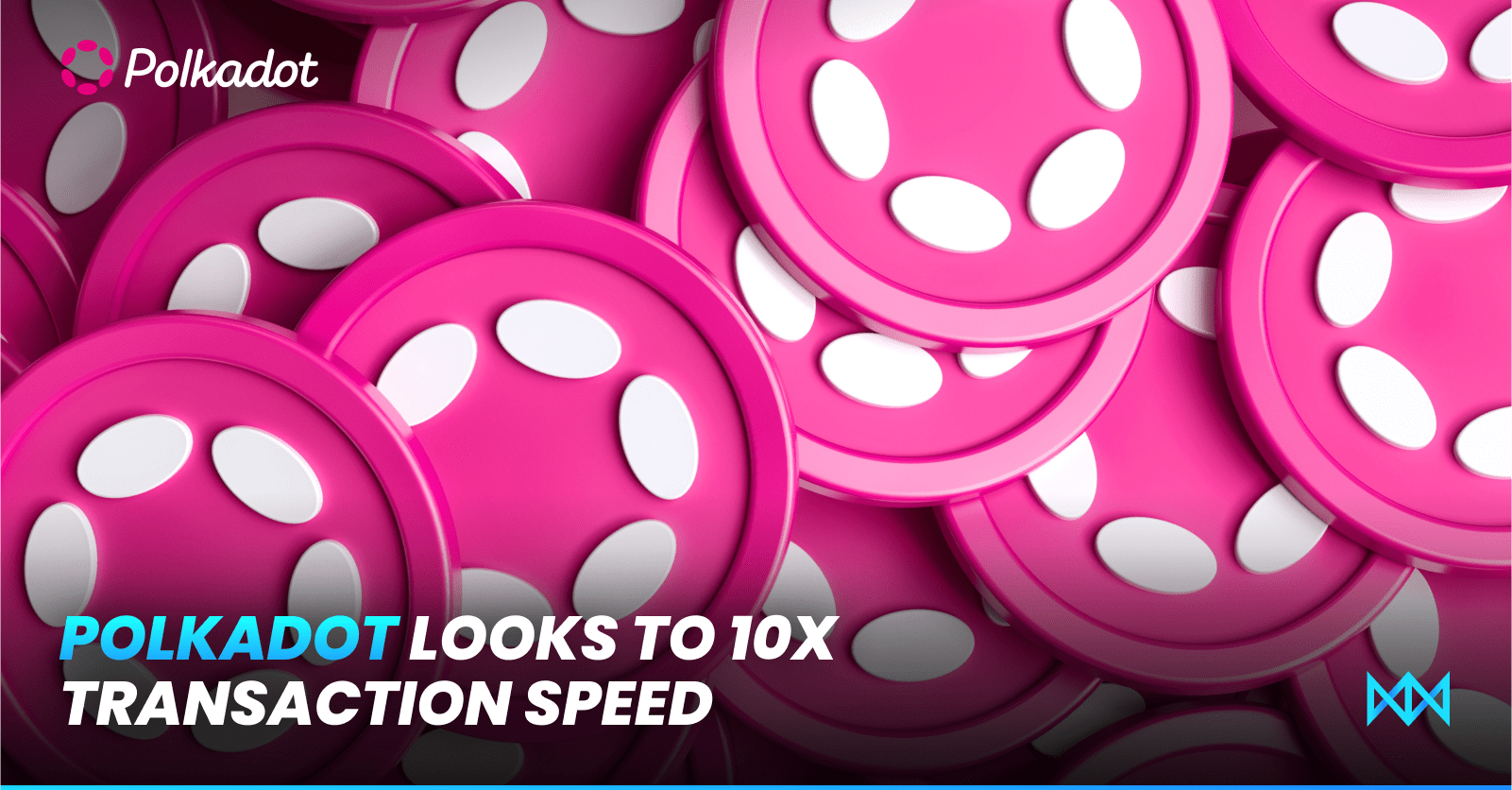 The Polkadot (DOT) acquisition is promising a 10x increase in transaction speed with its asynchronous backing optimization. As Polkadot stated in its Sept. 26 blog post, the network is working to improve parachain scalability, relay-chain governance, cross-chain communication, and parachain development.

This will be the first significant upgrade to the Polkadot parachain consensus algorithm since it was launched in December 2021, increasing the network’s performance from 1,000 transactions per second (TPS) to 100,000-1,000,000 TPS.
To achieve this, the network plans to shorten the parachain block time to 6 seconds and increase each block’s block space by 5 to 10. In addition, parachain blocks will be reusable if they fail to reach the relay chain on the first try. Kusama will be ready to deploy this update by the end of 2022, according to the post.

Parathreads is another development on the roadmap that will make building on Polkadot easier. Developers will be able to build on the network without having to win an auction on the parachain. These “pay-as-you-go parachains” are intended to be “simple, easy, and accessible entry points for launching an L1 chain on top of Polkadot and Kusama.” They should be available within the first half of 2023.

Polkadot is also developing a “Nomination Pool and Fast Unstake” upgrade, according to the blog post. In the post, Polkadot describes the Nomination pool as an upgrade to the staking system, which allows staking pools to be created and joined by others. As a result, smaller nominators could participate in the staking system after the new update. These pools have been live on Kusama since June.
Polkadot´s goal is also to be as decentralized as possible, thanks to Polkadot Fellowships, which could be ready by the end of the year.

Conclusion
Transaction speed is challenging attribute in many projects and Polkadot is doing everything to be set up for bright future.