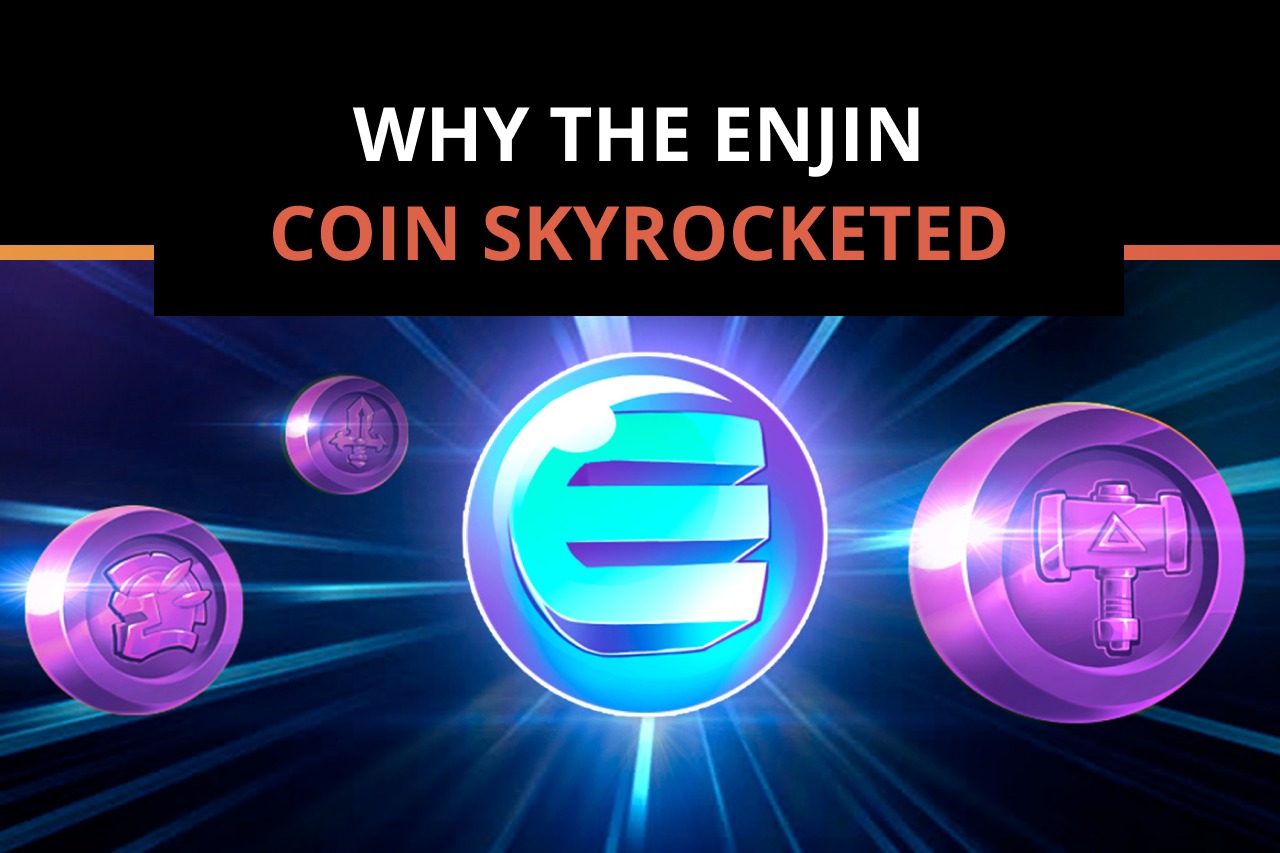 The overall growth in popularity of NFTs as they mainstream in art circles and the business sector has also affected the price of Enjin. Some of the recent gaming additions to the Enjin ecosystem include Age of Rust, The Six Dragons, Ludena Protocol, and South Korea’s gaming-focused social app GameTalkTalk.

What are the reasons for the explosive growth for Enjin? Let’s find out.

The motive power for Enjin started to pick up after the project revealed JumpNet. This is a private version of the Ethereum blockchain, which uses a Proof of Authority (PoA) consensus mechanism to enable instant, gas-free on-chain transactions.

High transaction costs have been one of the biggest challenges facing the cryptocurrency community in the past six months. This was caused by the increased use of the Ethereum network by decentralized finance (DeFi) protocols and the increasing popularity of NFTs.

JumpNet aims to solve this issue for the NFT sector by allowing users to send and receive Enjin Coin and ERC-1155 tokens for free. Minting, trading and distributing ERC-1155 tokens will be at no cost as well. JumpNet is planned to launch at the beginning of April.

Listing on several cryptocurrency exchanges of the ENJ price has pushed total trading volumes to new highs and also resulted in a spike in on-chain activity and active addresses.

The exchange listings started in late February when ENJ trading pairs were added to Crypto.com and FTX, helping to initiate the price rally. Being voted into Bancor’s (BNT) liquidity mining and being listed on Huobi Global, OKEx and Gemini exchange have been an additional notable integration that happened in March.

The overall growth in popularity of NFTs as they mainstream in art circles and in the business sector has also affected the price of ENJ. Some of the recent gaming additions to the Enjin ecosystem include Age of Rust, The Six Dragons, Ludena Protocol, and South Korea’s gaming-focused social app GameTalkTalk.

Mainstream adoption of nonfungible tokens and the promise of creating a fee-free environment that supports NFTs from a variety ofblockchains has Enjin well positioned to see further growth during the current bull market.

As the concept of tokenization spreads beyond art to areas like real estate and historical documents, projects that provide a user-friendly NFT ecosystem could eventually become centerpieces of the rapidly developing digital asset industry.

New partnerships, the growing popularity of NFT art, and the upcoming launch of JumpNet are just a few reasons why Enjin has rallied more than 800%.