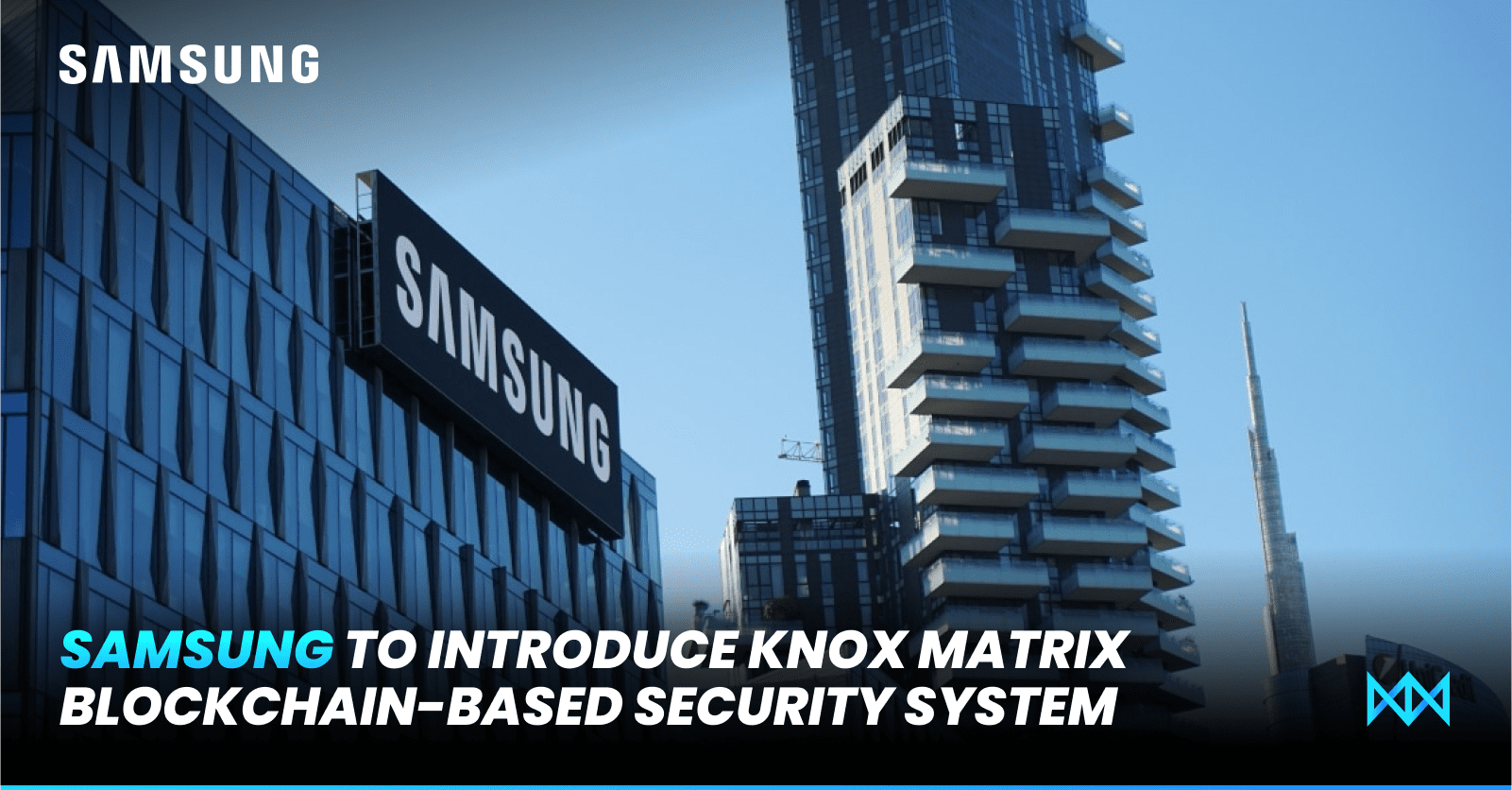 With the introduction of its new smart device security system, Samsung announced a blockchain-like blueprint. With Knox Matrix, a multi-device environment can be made more secure through monitoring and sharing of access data among smart devices.

With each passing day, blockchain technology is being incorporated into more and more applications, including security and trust. A new “private blockchain” system has been implemented by Samsung, the Korean consumer electronics and software company, to increase the security of its smart devices.

The Knox Matrix system was announced at Samsung’s Developer Conference as an improvement over the company’s current security system. It is Samsung’s intention that Knox Matrix will provide each individual with their own “own private blockchain system”. The system will include all their interconnected devices that will be equipped with the blockchain multilayered monitoring.

Samsung, for instance, claims that devices such as smart TVs and smart air conditioners will be safer if a phone is connected to them. Users will be protected from exploits of their credentials, as well as making the login process as easy as possible.

Samsung’s Knox Matrix solution will streamline login tasks throughout the home. By automatically distributing the login state to devices who need it to join the network. It will, however, protect sensitive information from other devices in the network at the same time.

It is also stated that Samsung Knox Matrix will provide a unified security SDK [software development kit] regardless of whether your Samsung devices run Android, Tizen, or another OS. Samsung did not provide the launch date or specifications of this system.

Samsung presented its latest security system recently based on the Knox security system that was available at the time. In August, Samsung launched an ecosystem for its Galaxy-branded non-fungible tokens (NFTs), collaborating with six different companies.

It is great to see that big tech companies like Samsung are being active in expanding its footprint in the Web3 space. Samsung already participated in 13 funding rounds within the industry in nine-month period.