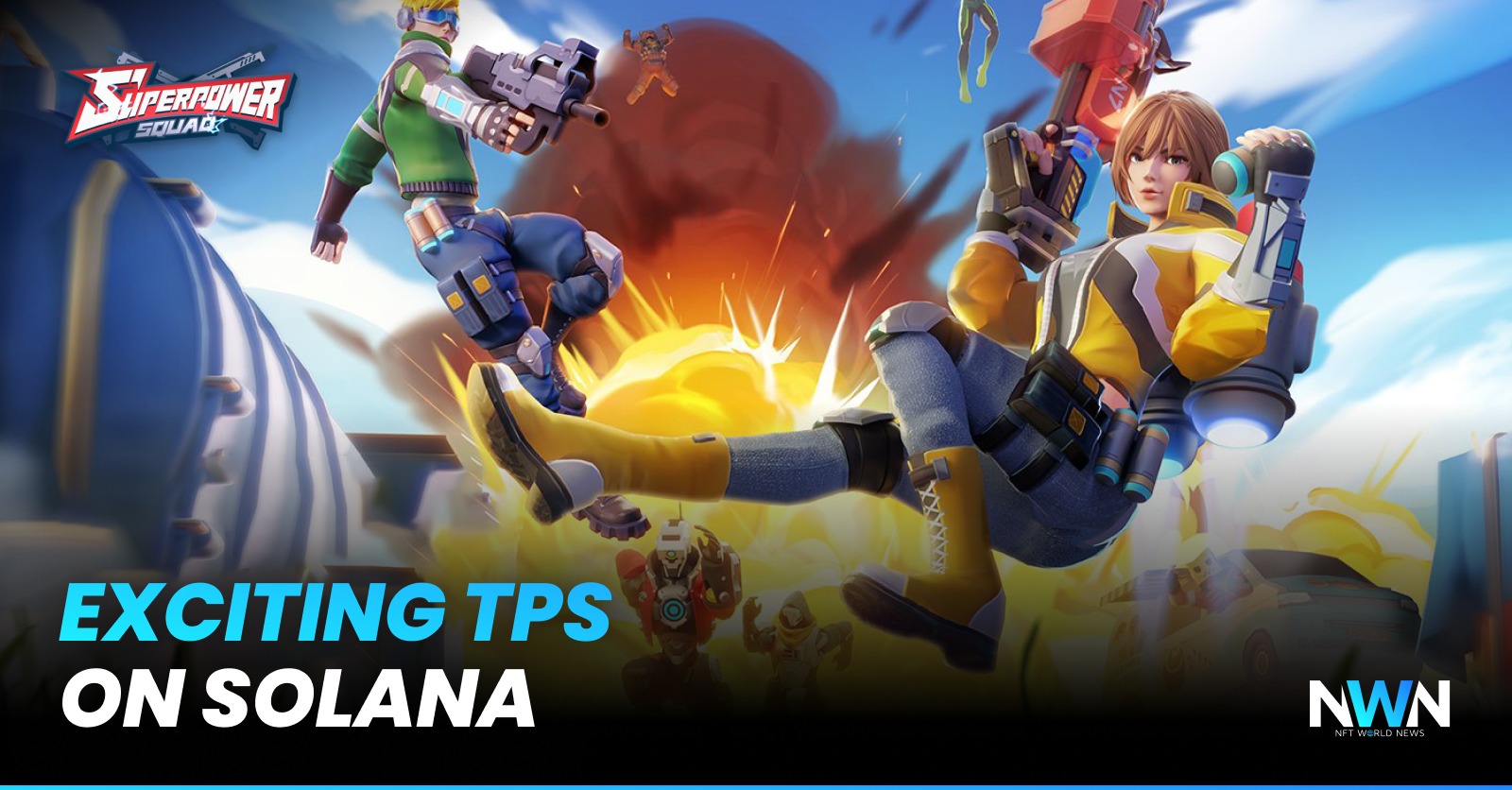 The revolution of gaming continues by combining the web3 possibilities. Blockchain, cryptocurrencies, and NFTs are all that make play-to-earn (P2E) gaming. The recent bear market killed many interesting projects but with the potential market bottom, new P2E enter the space with even better set-up and gameplay. Get ready for Superpower Squad.

related: Is A Game of Dragons Solana’s Answer to Axie Infinity?

What is Superpower Squad

Superpower Squad (SPS) is a superhero-themed blockchain-based third-person shooter (TPS) game that includes MOBA, RPG, Roguelike, and social aspects. SPS has already achieved an excellent level of play-to-earn as a GameFi project and chose to run on a Binance Smart Chain (BSC). Their team consists of more than 70 people, and the tech team has been working on this game for more than 3 years.

SPS supports solo modes as well as team modes with the most immersive gaming experience and the coolest heroes to play with. Superpower Squad wants to change the crypto sphere by bringing the most enjoyable play-to-earn and play to have a fun game at the same time. With SPS, you don’t need to choose between having fun or making money in the game. You will get both here.

The game will have 25 available heroes as NFTs that will be released gradually, and more special limited edition NFTs will be released with SPS partners later. There are 3 types of heroes (tank, DPS, and support), and 4 hero rarities (normal, rare, legendary, and mythic).

There are several types of gameplays, including PvP and PvE. PvP has 3 types of gameplays, made out of Battle Royale, Death Match, and Gem Battle. PvE consists of Crystal Fights and Zombie Crisis. Every type of gameplay has a duration of several minutes and has 10-30 possible players in the round. SPS was made so every type of user can find what he’s looking for in play-to-earn games.

Players can also enter a UGC Mode which is basically a Superpower’s Squad Metacube Tool that creates new gameplays. This gaming mode encourages a new kind of creator economy and DAO. SPS will also have its own marketplace where users can buy, sell and rent NFTs. Immerse yourself into this game and you will never want to leave again.

Superpower Squad is a well-backed game by prominent companies and projects like KuCoin, BitKeep, and Ankr. KuCoin Labs and other companies actually invested in Superpower Squad! Important backers and partners are an important part of successful projects, and this project has just that.

The game will work with a dual token economy, consisting of $SQUAD and $EGG token. SQUAD is a governance token with a total supply of 1 billion tokens which will be held by the project‘s supporters and they will be the governor. SQUAD can also be used for staking, game consumption, and rewards.

EGG token is another story of the Superpower Squad game. It will have an endless amount of tokens that will be produced by players. The initial supply will be 1 billion EGG tokens and 100 million of them will be used for the DEX liquidity pool. The rest of the EGG tokens are used for the game ecosystem. This token is earned by the gamer’s activity – playing, battling, and completing game tasks.

The GameFi sector is rising despite a strong bear market and many cool games are coming to the market. However, Superpower Squad is standing out because of its cool gameplay, well-planned tokenomics, partners, backers, and many more aspects. Just wait for the release and follow their social media listed below.