„The Crocodile Hunter“ Junior Raises Money for Conservation with NFTs 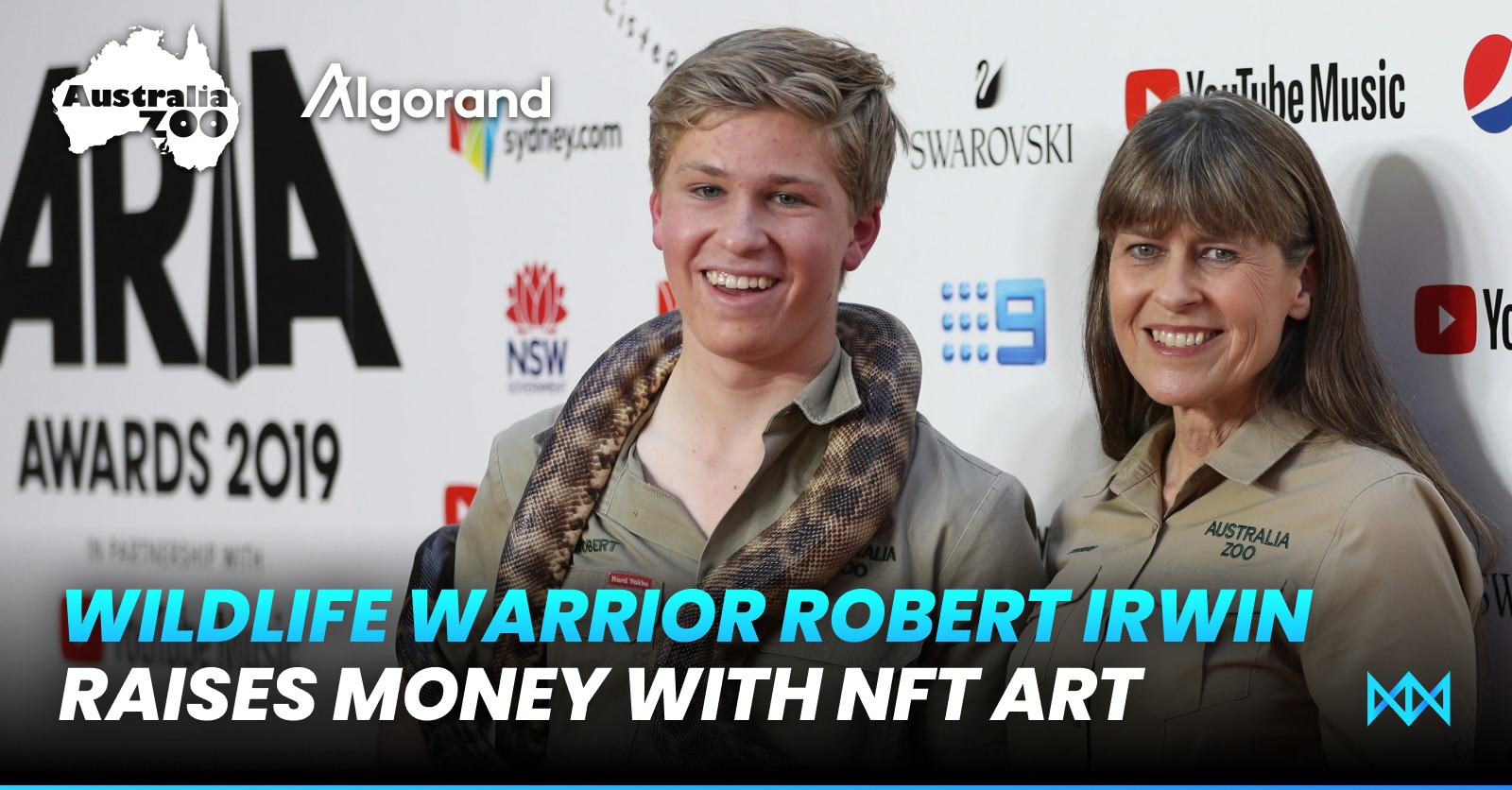 Australia Zoo launched the ‘Wildlife Warrior’ project with a series of NFT drops. This project is set to drop NFTs in 5 parts. The second Australia Zoo Wildlife Warriors NFT “Warrior Koala” was dropped on the 20th anniversary of the Australia Zoo on 23rd August. The collection is launched in collaboration with a conservationist, zookeeper, and wildlife photographer Robert Irwin, an 18-year-old social media star and son of the deceased Steve Irwin – “The Crocodile Hunter”.

But NFTs hurt the environment, don’t they?

NFTs use blockchain and every time an NFT is minted or traded, the transaction is validated on blockchain just like in crypto. If the chain is validating transactions through Proof of Work, then NFTs based on that blockchain leave carbon footprints and harm the environment. Australia Zoo is aware of that problem. Therefore, the NFT collection is based on Algorand, a carbon-negative green blockchain.

Australia Zoo has dropped the second part of the NFT collection that includes 1900 unique wildlife NFTs. It’s called Warrior Koala and each NFT was minted for 60 AUD. The amount was donated to the wildlife preservation warriors and different zoos. One of them is Australia Zoo Wildlife hospital, which caters for injured animals. Wildlife on the planet is struggling year-round, but it’s the Trauma season that brings the most creatures into the hospital. It’s the combination of warmer weather when This gives rise to vehicle accidents during the Trauma season. To aid these animals the hospitals need to be active every time.

The first drop of “Wildlife Warriors” was called “Warrior Crocs” which includes 2000 randomly generated unique NFTs. Each NFT was minted just for 50 AUD so that everyone can afford it. 100% of the amount generated from this project was used to fund animal preservation projects.

Even though these kinds of projects are donation tokens but people still buy these projects to support the wildlife. Animals deserve to live and be protected and they should also benefit from blockchain technology.