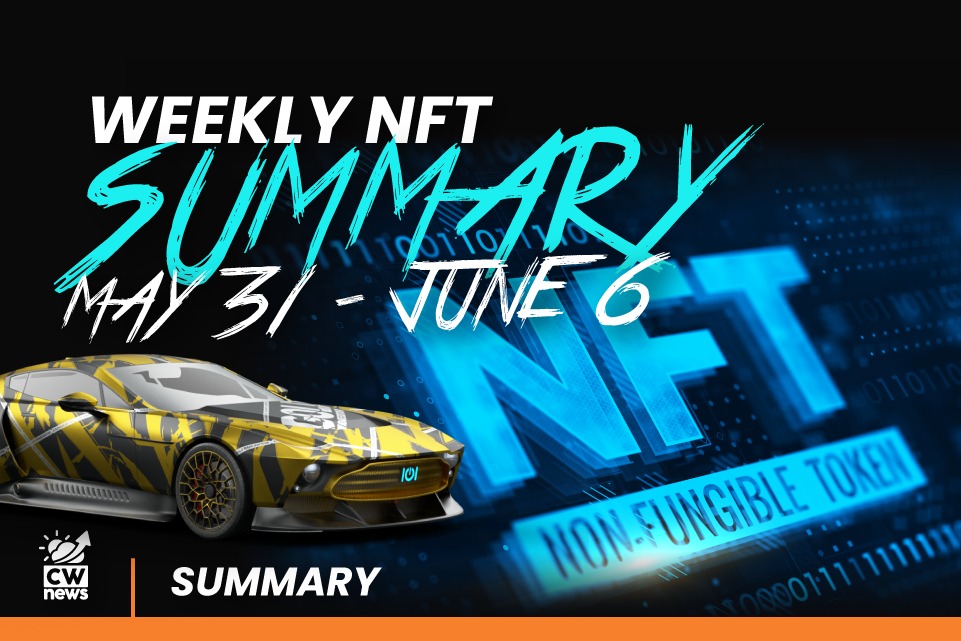 The interest in NFTs appears to be tapering off significantly since reaching a fever pitch in March. But there is still a lot happening in the NFT world. Read our summary weekly news and find out who is the “Ethereum killer” thanks to its higher efficiency and lower cost.

FTX has launched a marketplace for NFTs. FTX is a Hong Kong-based crypto company that is run by 29-year-old billionaire Sam Bankman-Fried.

Some of FTX’s NFTs are linked to real-world objects. They are also “redeemable” for their physical counterparts. An NFT tied to an image of three KAWS statuettes should get you three actual KAWS statuettes. Same goes for an NFT of an FTX-branded condom.

FTX’s marketplace appears to run both on the Ethereum blockchain as well as a network called Solana. Solana uses a proof-of-stake consensus mechanism and is significantly less power-hungry than Ethereum.

As with FTX’s main crypto derivatives exchange, the primary NFT marketplace isn’t available in the US. Stateside traders will have to use a separate NFT marketplace on FTX US, the exchange’s dedicated American arm.

The company’s refreshingly frank FAQ page on NFTs clarifies that these crypto collectibles “do not necessarily have any intrinsic value,” and “also might be illiquid.”

“If you buy an NFT, you are not necessarily going to be able to sell it for much later, or gain any specific utility from it,” reads the post.

Solana is the latest blockchain to stand up an NFT offering as mentioned above as well. Its MetaPlex marketplace tool offers creatives low-cost and flexibility.

Even as the hype around NFTs begins to cool. Nevertheless, Solana crew sees an opportunity in offering a new style of NFT platform that offers greater control to artists.

The platform is called Metaplex. It’s an open-source protocol built on Solana that its creators liken to Shopify.

Metaplex is aimed at creative types who will appreciate its flexibility and low cost, according to product manager Stephen Hess. Metaplex is decentralized, meaning artists will have more control over when their creations will drop.

Hess Says: “It costs the same as it takes to interface with the Solana protocol.”  He also adds that this translates to 35 cents to mint an NFT and $3 to run an auction. Unlike Ethereum-based NFTs, where costs can run into the thousands of dollars.

If Metaplex gains traction, the upshot could be more artists and creative people launching NFT marketplaces under their own brands rather than relying on centralized forums. In addition, Metaplex also permits marketplace owners to code the NFTs such that the original artist receives royalties every time the NFT is resold.

For Solana, the Metaplex offering appears less of an attempt to make money than to attract attention to its blockchain. Solana is a proof-of-stake chain.

“”Ethereum killer” thanks to its higher efficiency and lower cost.”

For now, Ethereum continues to dominate the market for NFTs and blockchain endeavors of all sorts. Meanwhile, Solana isn’t the only chain to offer an alternate home for NFT projects. Dapper Labs has built a blockchain of its own called Flow, while the likes of Binance and Cardano have also made in-roads in NFTs.

And for now, as interest in NFTs appears to be tapering off significantly since reaching a fever pitch in March, Solana and its rivals are likely to turn to building out their infrastructure for the long term.

Will NFTs offer a solution for the coronavirus pandemic complications for Olympic pins collectors?

The International Olympic Committee (IOC), the NGO that organizes the Summer and Winter Olympic Games, and video game developer nWay will launch a collection of non-fungible tokens (NFTs) that represent collectible Olympic pins.

The “new Olympic-themed digital entertainment experience” is part of nWay’s licensing agreement with the IOC.

Timo Lumme, managing director of the IOC television and marketing services claimed: “Olympic pins started as a way to identify athletes, judges, and officials, but over the past 125 years, it has become an Olympic Games tradition. Today’s announcement is a natural evolution of this tradition.”

He explained that in the past, everyone took part in this tradition by collecting and trading pins in the Olympic Village and beyond.

The organizing committee will be enforcing numerous restrictions caused by the COVID-19 pandemic and even prohibit foreign sports fans from attending the Tokyo Summer Games in 2021.

Under such circumstances, mass trading of physical Olympic pins would be out of the question. While purely digital, each NFT is unique, providing provable scarcity and ownership rights—just like their physical counterparts.

The resulting NFT pins will represent the Olympic Heritage Collection which encompasses dozens of events—from the Athens 1896 Games to the Sochi Winter Olympics in 2014.

“For these NFT collectibles, history, having meaning—they do very well from a collector’s perspective,” said Kim.

Sports fans will be able to obtain the new NFT pins in several ways, starting on 17th June: