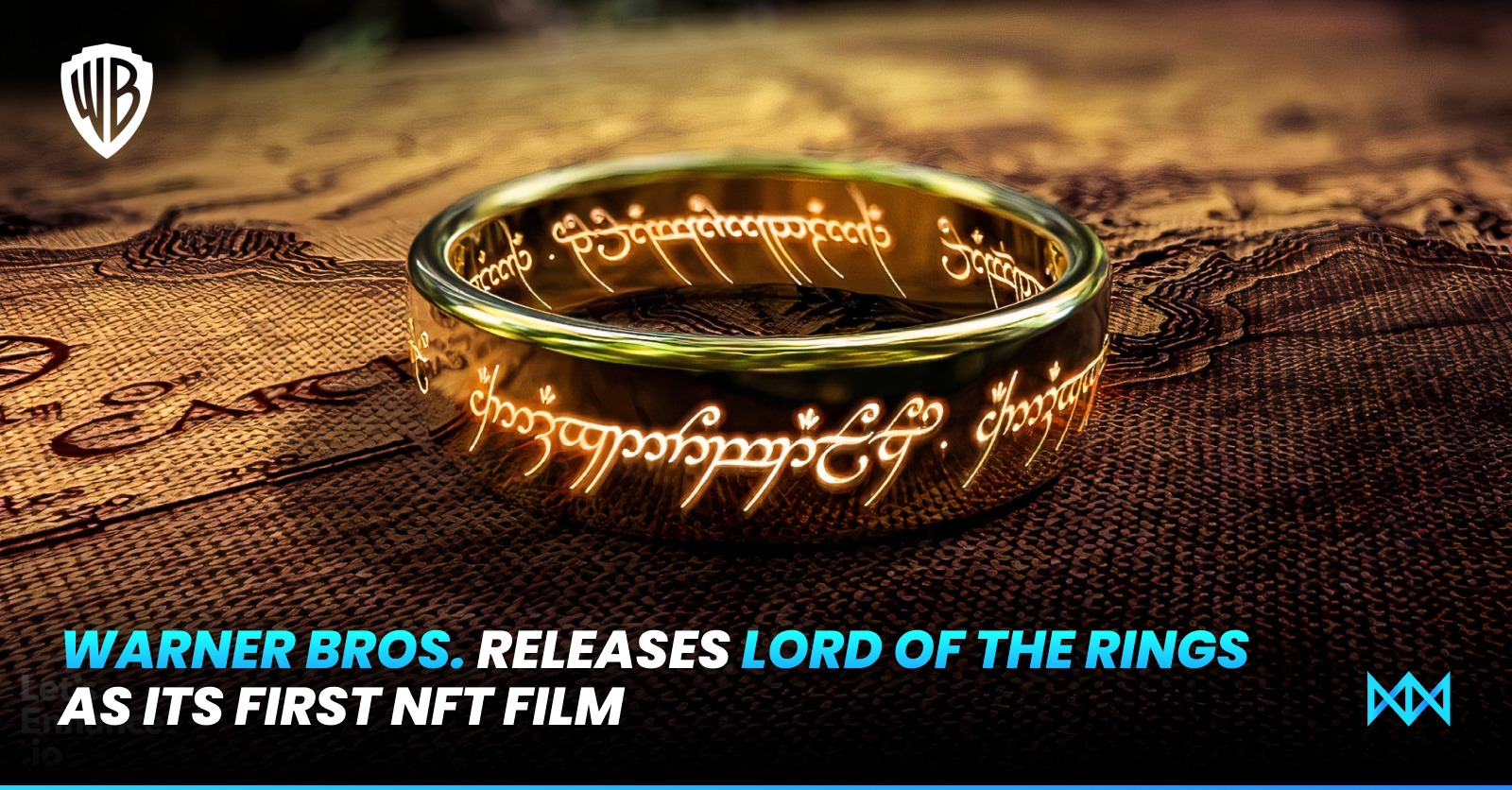 Related: The 1st Movie Auctioned as an NFT With Anthony Hopkins

A 4K UHD feature film version of The Fellowship of the Ring is included in the NFT, along with interactive navigation, visual galleries, AR collectibles, and more. There will be 10,000 copies of the Mystery Edition NFT with a choice of three interactive locations. Location-based navigation menus from the film’s locations: Rivendell, The Shire, or the Mines of Moria. All three locations are included in the Epic Edition NFT (featuring 999 editions).

For non-Web3 initiated users, the company has decided to make the process as seamless as possible. The NFT can be purchased by visiting web3.wb.com and registering their email address. Or you can log into MetaMask wallet with Eluvio media wallet. Users can access this digital vault using their credit card or cryptocurrency to stream and purchase content.

In contrast to traditional streaming or other content distribution systems, the Eluvio Content Blockchain is able to use a protocol that doesn’t make digital copies and reduces network storage and usage requirements. Additionally, the chain relies on a proof-of-authority consensus, which eliminates the environmental impact of proof-of-work.

It has long been apparent that the entertainment industry is flirting with Web3 and NFTs. Fox Entertainment and Dan Harmon released an NFT collection that allows users to take part in Harmon’s new show’s creative direction in August. Zero Contact, the first feature-length NFT film released in 2021, stars Anthony Hopkins. The funding aspect of filmmaking has seen filmmakers turn to NFTs as an alternative to crowdfunding platforms, freeing them from the need for crowdfunding.

Fans’ interaction with and ownership of content could be revolutionized by NFTs. Projects like WBHE’s Lord of the Rings NFT could serve as models for other big brands in the space.

The general public has a bad impression of NFTs and Web3. If a major film studio releases one of the most cherished IPs of all time as a multimedia NFT experience, it could help onboard people and destigmatize blockchain technology.