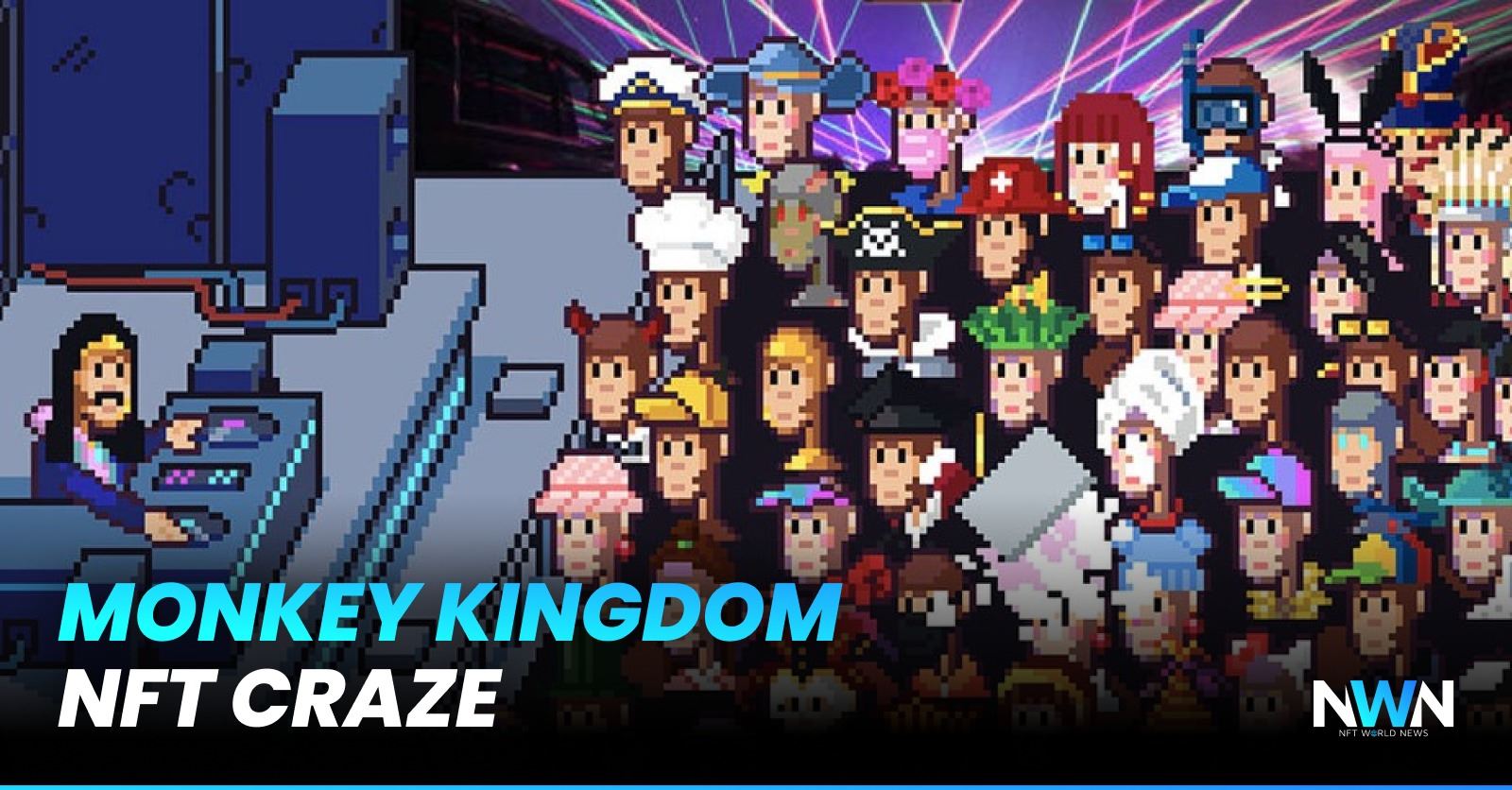 On a Saturday night in early December, tons of people interacted in a luxury watch store at The Landmark, an elite retail center in Hong Kong’s most active business and financial district of Central. The majority of the participants were watch collectors, but several had lately acquired another form of a valuable collectible: digital images of cartoon monkeys.

Wristcheck, a luxury watch shop, held the Diamond Hands party, which brought together holders of non-fungible tokens (NFTs) from one of the city’s hottest ventures. The collection, entitled the Monkey Kingdom, features thousands of pixelated pictures of Monkey King, a mythical animal hero from ancient Chinese literature.

In late November, the project’s initial batch of 2,222 digital primates, each costing 0.49 Solana, sold out. Those NFTs were traded on the NFT marketplace Magic Eden this week for an average price of 45 Solana, or nearly US$4,000 at today’s exchange rate.

One of the most valuable monkeys sold for more than US$148,000 in December, surpassing the price of a Richard Mille RM11 timepiece sold on eBay in 2019. Holding an NFT provides a sense of status and belonging to certain Monkey Kingdom owners, similar to being a member of the watch-collecting society.

“I’d never met these people before, but simply having this cute photo of a monkey on my phone allowed me to mingle with so many people,” said event participant and the Monkey Kingdom NFT holder Usman Qureshi, a 22-year-old in the final year of undergraduate studies at the Chinese University of Hong Kong.

Last summer, Qureshi developed an interest in luxury watches and followed several watch influencers on Instagram, eventually co-founding his own NFT initiative. After a few months, they started uploading photos of pixelated monkeys next to Rolexes and Patek Philippes.

Austen Chu about the NFT project

One of those influencers was Austen Chu, the 24-year-old creator of Wristcheck and a luxury watch collector. Chu said he first learned about NFTs in late 2017 while taking a college course on cryptocurrencies, but he waited until he discovered the Monkey Kingdom before purchasing digital avatars. Chu stated he had sold watches to the project’s founders and appreciated the notion of an NFT enterprise with Chinese cultural components.

The Power of NFTs

Despite not spending any money on advertising the event other than social media announcements, Wristcheck’s Chu said the Diamond Hands party in December drew about 300 attendees — the majority of whom were young and local owners of Monkey Kingdom NFTs.

“Do you know how much a PR agency in Hong Kong would price you to obtain high-spending people to come to an event?” Chu asked. “This was completely free, and it’s all thanks to the strength of NFTs.”

Despite their desire for anonymity, many investors and collectors are eager to raise awareness of NFTs and recruit newcomers. As many people have already realized, NFTs are not just about the profits but there also some socializing and collecting aspects attracting people to this sphere.